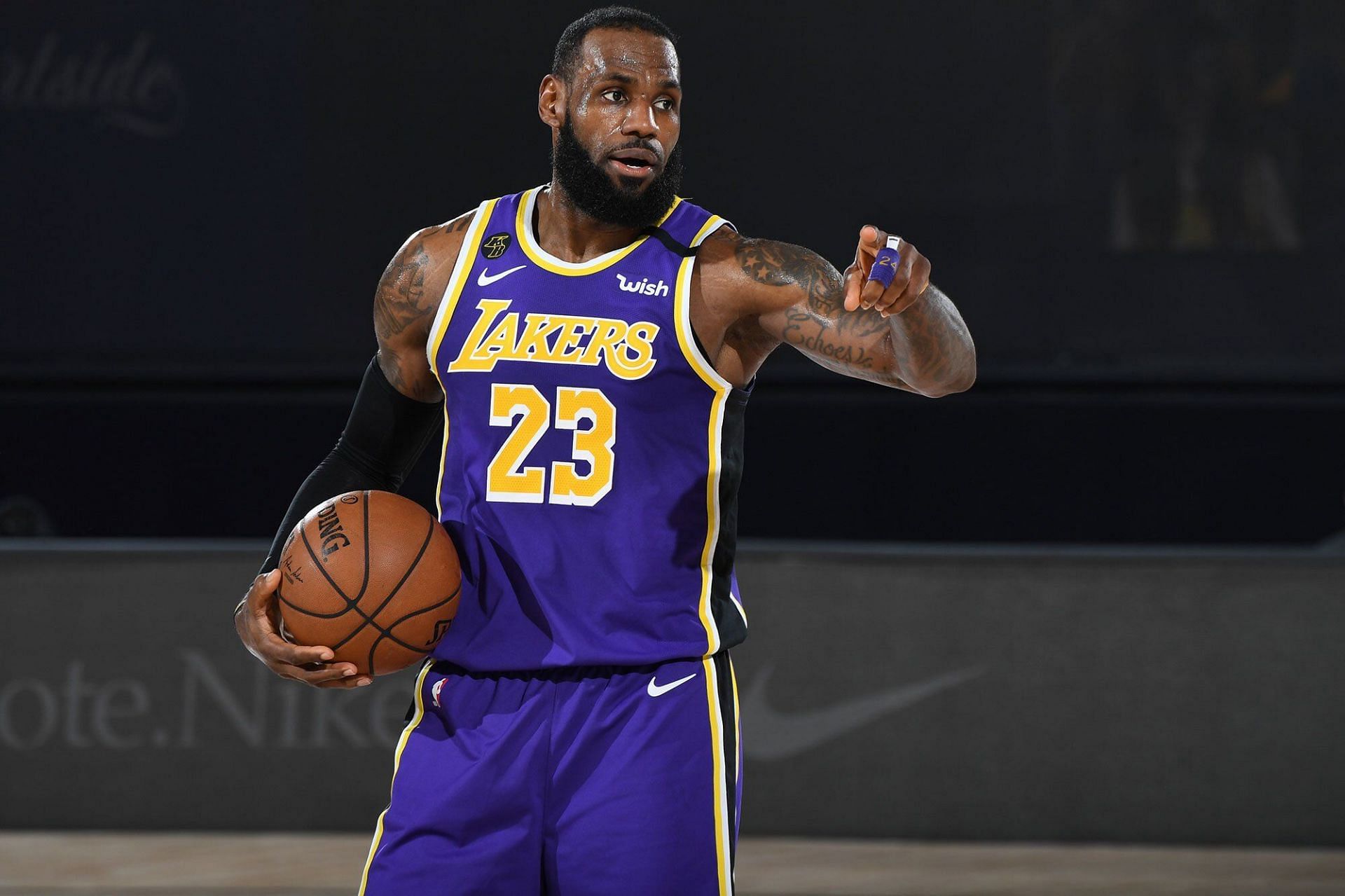 LeBron James’ day off before a matchup with the Phoenix Suns was spent partly watching one of his favorite sports – Pro Football. The four-time MVP kept tabs on the game between the Minnesota Vikings and the Chicago Bears. Catching his eye, in particular, was young superstar Justin Jefferson of the Vikings.

The recently-named Pro Bowler opened the scoring with a touchdown pass from Kirk Cousins with about five minutes left in the first quarter. LeBron James, a known fan of the wideout, was effusive in his praise.

James was so impressed by the sophomore stud that he crowned him Young King:

“Justin Jefferson is so TOUGH!!! #YoungKing.”

Justin Jefferson is so TOUGH!!!! #YoungKing🤴🏾

Justin Jefferson is so TOUGH!!!! #YoungKing🤴🏾

LeBron James and Justin Jefferson are fans of each other’s game. The Minnesota wide receiver considers the 17x All-Star as his favorite athlete and has been seen courtside in Lakers games. Jefferson will certainly have to live up to lofty expectations, knowing that the basketball King himself has labeled the 22-year-old a football royalty.

The ultra-talented Jefferson has already made a name for himself since he entered the NFL last season. He had 88 receptions for 1400 yards and finished with 7 touchdowns in his rookie year. In 14 games this season, he has already piled up 1335 yards from 89 catches and 9 touchdowns including the ice-breaker against the Bears.

Justin Jefferson is the fifth player in @Vikings history to be named to a Pro Bowl in his first two seasons (H/T @VikingsPR):

With the way Justin Jefferson has been playing, he could make a prophet out of LeBron James after the effusive praise.

There are now more than 70 NBA players under health and safety protocols with the LA Lakers having six of them, excluding head coach Frank Vogel. The Tinseltown squad recently hired Isaiah Thomas to shore up their depleted roster. Thomas is already proving to be of great help to the burden that LeBron James has to carry.

The LA Lakers currently sit sixth in the Western Conference with a 16-15 record. Their next game at home will be against the Phoenix Suns, who hold the best record in the NBA, toting a 24-5 record. LeBron James will lead the daunting task against the Suns, who have been able to keep the virus away.

Adding more trouble for the LA Lakers is the return of the Suns’ leading scorer, Devin Booker. Booker returned against the Charlotte Hornets and immediately made an impact. The Suns’ electric backcourt will pose an imposing challenge to the Lakers’ makeshift unit.

Despite being undermanned, the Lakers, under LeBron James’ guidance will still be a tough out. They proved it against the Chicago Bulls on the road. The Lakers will have to summon a similar effort on both ends of the court to have a chance of beating the Phoenix Suns.