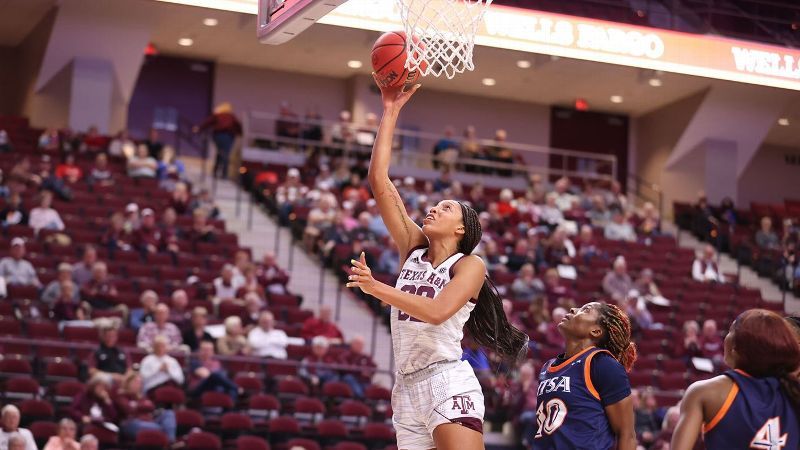 Patty led the Aggies (10-2), tying a career high with a team-best 20 points while shooting 47.3% from the field. Adding to her stat line, the West Chester, Illinois, native recorded career highs in blocks (five) and rebounds (18).

Destiny Pitts and Qadashah Hoppie also made their mark on the scoreboard, registering 14 and 13 points, respectively.

Bolstered by a 10-point flurry from Patty, the Aggies got out to an early lead of 16-2 with 3:56 left in the first period. Texas A&M sustained its advantage and went into the second period with a score of 22-8.

The Maroon & White continued its offensive attack, outscoring the Roadrunners 10-6 and leading 32-14 with 4:42 left in the first half.

The final minutes of the second period were closely contested between both teams, but the Aggies maintained a 44-22 advantage going into halftime.

During third period, UTSA came alive offensively, but the Aggies retained their 50-33 lead with 4:40 left. The Maroon & White ended the third quarter on a 7-0 scoring run, affording it a 58-44 advantage going into the final period of play.

A&M would dominate the fourth quarter, only allowing seven points to the Roadrunners and ultimately winning by a score of 77-51.

The Texas A&M women’s basketball team faces Vanderbilt in the first conference matchup of the season on Thursday, Dec. 30 at 8 p.m. inside Reed Arena.