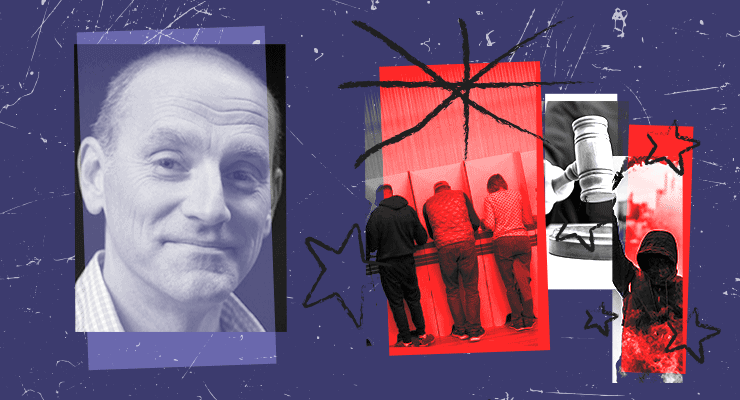 This is part eight in a series. For the full series, go here.

This is how the abnormal becomes normalised — specifically, how corruption becomes a fixture in politics.

The advertisement appeared in newspapers last week, placed by Senator the Hon Bridget McKenzie with all her impressive titles listed. McKenzie, you’ll recall, was reinstalled in federal cabinet after Barnaby Joyce’s return to National Party leadership, after her short stint on the backbench as the sole Morrison government minister ever to feel a consequence.

McKenzie was advertising for “a number of casual staff positions in the lead-up to next year’s federal election”. The positions are taxpayer-funded, within the minister’s electorate office, as part of her allowance for staff created by the Members of Parliament (Staff) Act (MOPS Act).

The ad says: “Applicants will be required to assist the senator with campaign preparations, canvassing, phone calls and attending community events.”

Hang on. “Campaign preparations”? “Canvassing”? That’s purely party-political work, nothing to do with running an MP’s electorate office and helping to deal with constituents or perform other public duties. Is this legal?

According to the Department of Finance, which administers the MOPS Act, it is.  On its website, it answers questions about the rules governing MOPS Act employees, and includes this helpful explainer:

Can I undertake campaign/election/reelection duties for my parliamentarian?

The website also says that, “by convention”, an employee can be directed to work from the MP’s party’s campaign headquarters, provided they “are not undertaking party political duties”. However, “directing an employee to assist the party’s campaign in general may be defensible”.

OKy, that makes barely any sense even in its own terms. When we look at the actual law, however, it becomes, to adopt a word, indefensible.

I wrote about all this recently, in relation to Andrew Laming. Quick recap: the MOPS Act says MPs may employ staff, subject to rules approved by the prime minister. Those rules say the staff “are employed to assist the senator or member to carry out duties as a member of Parliament and not for party political purposes”.

The governing rules are drafted lazily and enforced barely at all, but this much is explicitly clear: it is illegal to use a staff member employed under the MOPS Act for party political purposes. It is patently bullshit to suggest, as the Department of Finance does, that installing an MP’s taxpayer-funded staff member at party HQ could serve any purpose that isn’t party-political.

As for whether it is lawful for an employee to do what McKenzie is saying she’s going to be getting hers to do — work directly on her reelection campaign next year — that would have to be found somewhere within or between the words “assist the senator to carry out duties as a member of Parliament”. There is no other possible source of authority for an MP to use our money to pay someone to do that work.

Let’s see — duties of an MP. Put up your hand if you think those duties include getting themselves reelected?

Obviously, the Department of Finance knows they don’t, which is why it’s resorted to the weasel words “by convention”. Now “convention” has a storied role in our constitutional arrangements, and democracy cannot in fact function without conventions which fill in the gaps that any written set of rules will always leave.

However, there is no convention that says the government may apply public money for a purpose which is not authorised by legislation.

There is a convention, clearly, to which all the parties have signed up, that says — nudge nudge, wink wink — the lines between an MP performing their duties and campaigning for reelection are necessarily blurry and it’s just a perk of the job that the taxpayers fund both.

If so, fine: put it in the rules. Be transparent and honest about it. Make it lawful. Then we, the people, will know what you’re doing with our money and can decide whether or not we’re OK with that.

As it is, what McKenzie is advertising is illegal, and the reason she is so open about it is that it’s what they all do. I guarantee nobody in Canberra cares whether it’s lawful or not, or has spared it even a passing thought.

Using public money without legal authority is corruption. The fact that everyone is doing it just means that the corruption is the norm. Stealing, in plain sight.