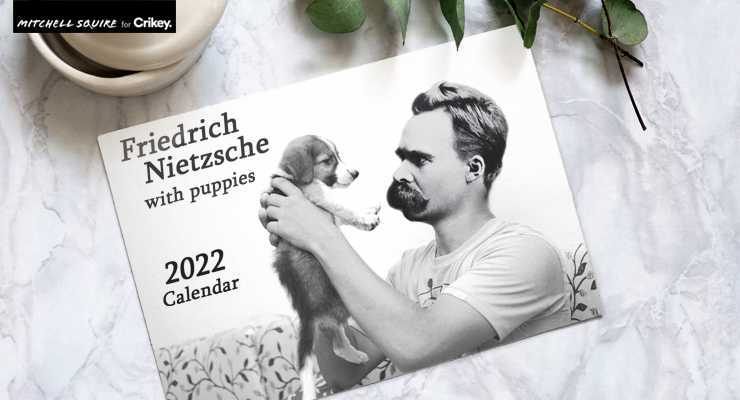 Remember how we felt around this time last year? How happy and relieved that things might finally calm down, as though the various bin fires of 2020 would respect our calendar, and keep themselves confined to a 12-month period?

Remember how less than a week after New Year’s Day, a group dominated by the far right and conspiracy theorists attacked and occupied the Capitol building in Washington — and some part of you knew that something similar would be imported here before long?

Let’s be clear-eyed about what’s ahead of us. Here is a collection of things that absolutely can — and probably will — get worse over the next calendar year.

Reading our list of Arsehats of the Year it may have struck you that, in including the prime minister and every state premier, we should be describing the fertile ground for a series of changes in government over the next few years. But our state and federal oppositions appear to be treating the incompetence and calamity of those in charge as some kind of challenge.

There’s the Western Australian Liberal Party, whose entire lower house presence could go to work together on one motorbike with a sidecar. Tasmanian Labor has endured the first Liberal government to win three consecutive terms. And Rebecca White — who resigned as leader after she led the party to two of those losses — had to suffer the indignity of being forced to return to the leadership after her replacement, David O’Byrne, was felled by a scandal within weeks.

But for sheer dysfunction, surely no opposition party in the country can touch the shuddering clown car that is the Victorian Liberal Party. In September it returned Matthew Guy to the leadership, as we put it at the time, presumably deciding that someone people have heard of (even if it’s almost exclusively for bad reasons) is an improvement on someone whose own reflection has to quickly google him to be sure who he is.

Michael O’Brien had overseen an incoherent and rudderless party. Dan Andrews’ government kept waving giant legitimate targets — branch stacking scandals, hundreds of days in lockdown, cruel border bureaucracy — and instead spread vague and unedifying conspiracy theories about how the premier seriously hurt his back. And don’t get us started on the Tim Smith of it all.

The return of Guy — who in 2018 lead his party to a pasting in polls by running a “tough on crime” campaign with a grotesquely racial slant — isn’t an obvious sign that things are set to improve.

Omicron has, needless to say, changed everything. Politically it will cost WA Premier Mark McGowan absolutely nothing to extend his closed borders past the current end date of February 5. Certainly, based on the lack of any widespread pushback on the worst consequences so far, we suspect the ALP could dig a moat and have landmines topped with barbed wire from just east of Kununurra to the edge of the border in the south and his popularity would increase — to the extent that’s statistically possible.

And as Josefine Ganko describes in these pages, it’s not just WA families who face the anxiety of potential locked borders keeping them apart. Prime Minister Scott Morrison has — answering a question no one asked, as is his wont — ruled out more lockdowns. But a) that’s not his decision and b) the big O is a bracing reminder that we may be done with COVID, but it is not done with us. Oh hey, at least the federal government is in control of the booster program! Oh, right…

If you’re a fan of when politicians boil down their entire raison d’etre or point of difference into a single sentence, and repeat that sentence at length, you’re going to love 2022. 2021 was dominated by “Scott Morrison had two jobs” from Labor and “Choices not mandates/Technology not taxes” from the government (also “It’s not a race”, but that’s probably not coming back).

It’s an election year, so don’t expect that to let up. Keep a particularly close eye out for those phrases that get road tested and immediately discarded. Remember “can do capitalism”? We suspect “shake and bake the economy” will suffer the same fate.

Along similar lines, an election year will mean great heaped helpings of pork for those lucky few in the right electorates. As we observed last week, the Mid-Year Economic and Fiscal Outlook sets aside about $16 billion for “decisions taken but not yet announced and not for publication”, obviously code for election spending.

And look at the responses when rorts are exposed: an already concluded spell off the front bench for Bridget McKenzie, no consequences whatsoever after the car parks rorts. Hell, Barnaby Joyce continues to pour money into the Build Better Regions fund while it’s under investigation explicitly saying he doesn’t give a shit if people called the scheme pork-barrelling. And, as ever, the fish rots from the head. When confronted with the offensive disparity between the money received by Labor-held Lilley ($932,000) and Peter Dutton’s adjoining seat of Dickson ($43.6 million) our smirking vacuum was as flip as ever: “Dickson must have a very good local member.”

If it depresses you to see elected officials, say, laud a far-right conspiracy theorist like Alex Jones or the broader anti-vax movement, you may just want to mute the likes of George Christensen and Craig Kelly for a bit. These two are preparing for life after politics by carving out a gross little niche in some of the nastier online communities, and you can bet the election will be ripe for more stunts — and other populist grifters are surely paying attention.

So, dear readers, what have we missed? Actually, you know what, don’t answer that.

Go on. Tell Charlie what he missed. Let us know your thoughts by writing to [email protected]. Please include your full name if you would like to be considered for publication in Crikey’s Your Say column. We reserve the right to edit for length and clarity.