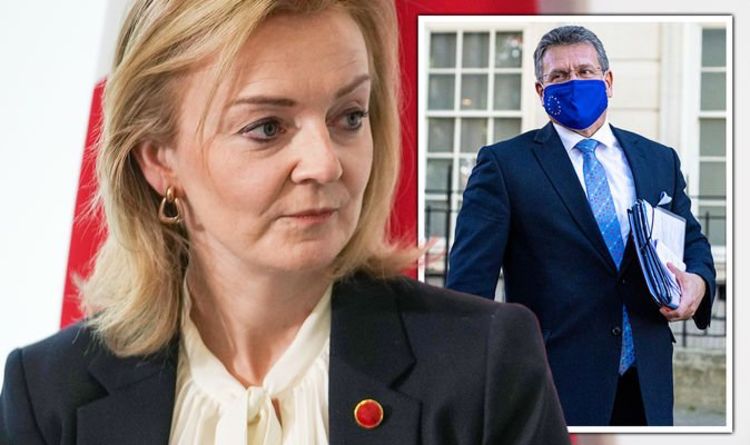 Liz Truss said the UK remains “prepared to trigger Article 16”, but what is it?

However, the protocol has sparked disagreement between the UK and the EU because it has disrupted trade between Great Britain and Northern Ireland.

Article 16 sets out “safeguard measures” which can be taken if the protocol is leading to serious “economic, societal or environmental difficulties”.

It can also be used if the protocol is leading to “diversion of trade”.

The EU has warned that the UK triggering Article 16 would be “serious for Northern Ireland as it would lead to instability and unpredictability”.