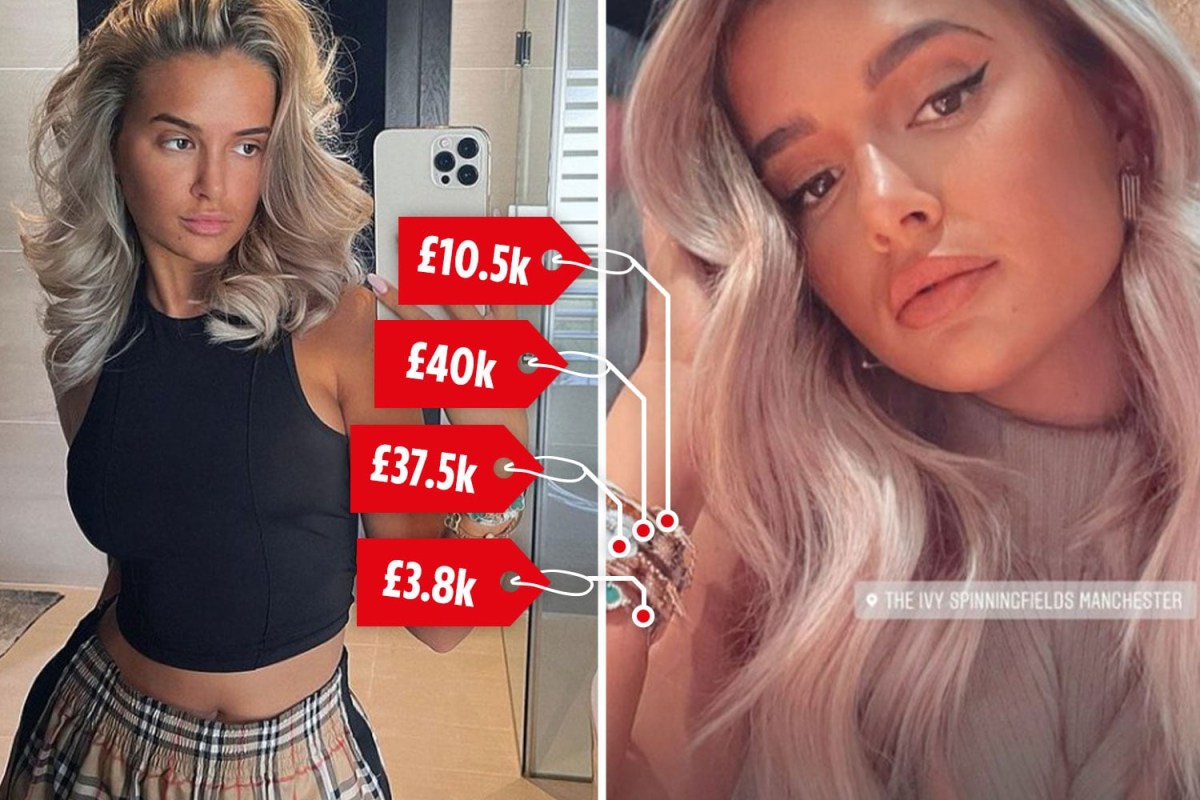 MOLLY-MAE Hague showed off almost £100k worth of jewellery on ONE wrist during a night out.

The millionaire Love Island star, 22, pouted at the camera during a night out in Manchester, giving fans a glimpse at the eye-wateringly expensive collection of bling.

Molly’s night out comes after she and boyfriend Tommy Fury were targeted by thieves in October, who made away with £800k worth of jewellery and designer items.

Following the terrifying event, Molly and Tommy, 22, were forced to move due to no longer feeling safe in their home.

She recently opened up about the robbery, insisting everyone has their fair share of good and bad luck.

“I have this weird theory in life that everyone has their ultimate fair share of good and bad,” she said in her latest YouTube video.

“I don’t know if it’s unhealthy to think this way, but when loads of good things happen to me in life, I kind of get a little bit fearful that something bad is around the corner.

“When loads of good things happen to me, this is too good to be true and something bad is definitely looming.”

Molly touched upon the incredible career she’s had work-wise, which saw her named as Creative Director of PrettyLittleThing – said to have netted her a seven-figure salary.

She continued: “I think I had such an incredible few months of my life – obviously with PLT creative director and I was going abroad constantly to shoot.

“In fact the last two years of my life have been a dream, so unbelievably incredible. So that’s how I kind of thought about it and rationalised it with the house break in.”

Some fans have expressed concern over the influencer flaunting her expensive possessions – especially after Kim Kardashian was robbed at gunpoint in 2016 after showing off her pricey engagement ring.

A concerned fan tweeted:”I love Molly-Mae but I would honestly be so terrified that some sort of Kim K kidnap and robbery would take place with that amount of jewellery on me…”

One more agreed: “Mad!! I was thinking she needs to be careful flashing it around, look what happened to Kim.”