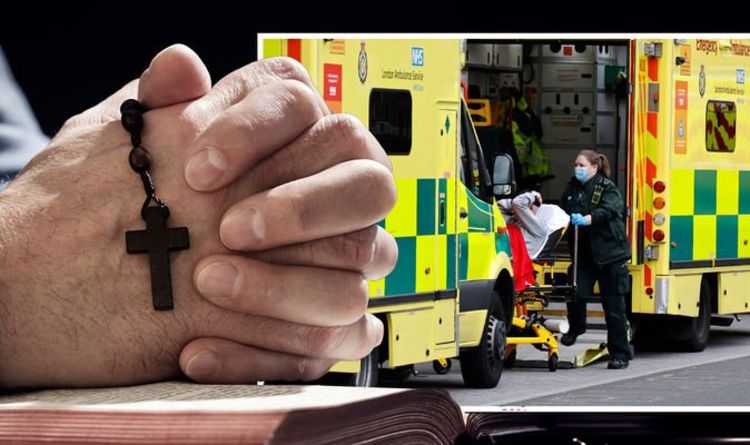 The pastor is based in Acre Lane, Brixton, which has the highest coronavirus rate in the UK. In this area, 32.4 per cent of residents are also unvaccinated. Speaking about his decision, the pastor believes the people deserve to have a choice in whether they get the vaccine or not.

He said: “We don’t tell people what to do – we let them choose.

“But we also pray for people, and we tell them to keep out of sinful ways.

“God tells us in the bible ‘Let them trust me and I will preserve them’.

“We believe God has the power to protect us.

“There’s no need for me to have the vaccine.

“And people are getting the virus after the vaccine – people have died also.

“I live my life by the word of God. So far it’s protected me from the virus.”

But messages against the vaccine can be found all across the area.

“While the NHS has done an amazing educational job, it’s not always meeting the right ears.

“Maybe they need to use different languages, and go into different community centres.”

The UK reported the number of positive daily covid tests surpassed 100,000 for the first time since daily testing began.

A further 140 deaths were also announced within 28 days of people testing positive with the virus.

This takes the total number of deaths in the UK to 173,000 deaths, according to the Office for National Statistics.

The levels being reached are record-breaking, with eight of the 10 highest daily totals for reported infections coming since December 15.