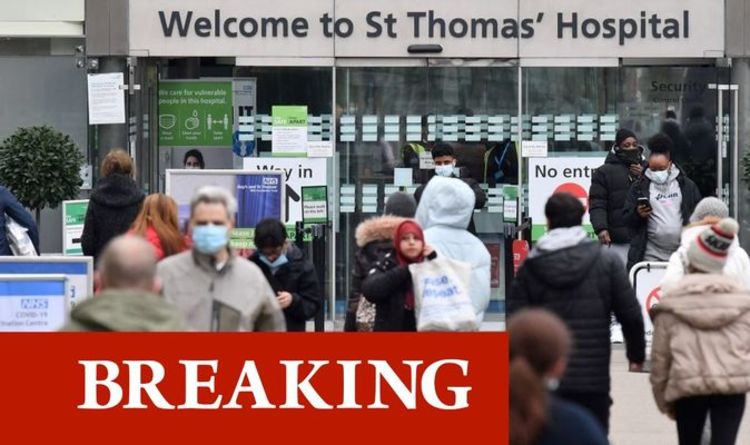 According to the UK Health Security Agency (UKHSA), early findings comparing Omicron and Delta variants of Covid see the newest strain between 50 and 70 percent less likely to require admission to hospital. Omicron-carrying patients are also estimated to be between 31 percent and 45 percent less likely to go to A&E compared with those with Delta.

The early findings published by the UKHSA were described as “encouraging” and “promising”, however experts warned a massive leap in infections could still see serious illness and overwhelm the NHS.

Dr Jenny Harries, the chief executive of the UKHSA, said: “Our latest analysis shows an encouraging early signal that people who contract the Omicron variant may be at a relatively lower risk of hospitalisation than those who contract other variants.

“However, it should be noted both that this is early data and more research is required to confirm these findings.

“Cases are currently very high in the UK, and even a relatively low proportion requiring hospitalisation could result in a significant number of people becoming seriously ill.

“The best way that you can protect yourself is to come forward for your first two doses of vaccine, or your booster jab and do everything you can to stop onward transmission of the infection.”