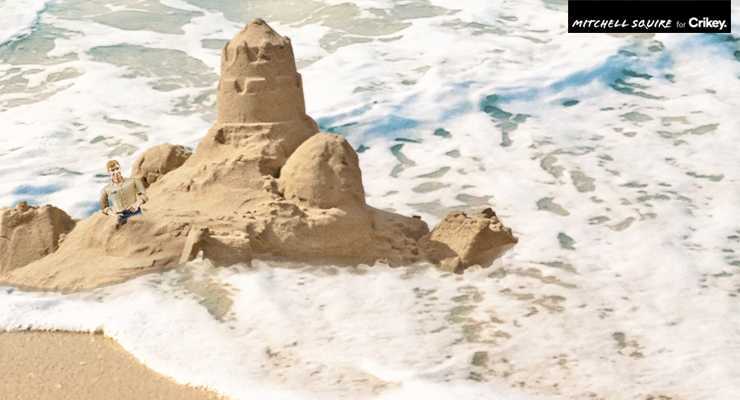 When Emily Davison went under the feet of the King’s horse and was trampled to death at Royal Ascot before the eyes of England’s aristocracy and a shocked world, it was not thought that she had done anything to advance her cause: the right for women to vote. If anything, surely her demonstration of female emotionality had put it back.

Indeed, it would be another 15 years before the United Kingdom fully enacted voting equality. However, something had changed, irreversibly, that day at the races. The resort to violence by the suffragette movement, viscerally embodied in Davison’s martyrdom in 1913, rendered the status quo redundant. It was then just a matter of time.

I think we will look back on 2021 in the same way: as a turning point, when the inviolable power of the patriarchy took a mortal blow.

The relevant events of this year are well rehearsed: beginning with Grace Tame’s elevation as Australian of the Year, which prompted Brittany Higgins to step forward, whose courage (and the Morrison government’s inept bastardry in response) inspired the March4Justice rallies; the Christian Porter, Alan Tudge and Andrew Laming scandals that exposed the sickness at the heart of the government; all of this and more, building on the momentum of the Me Too and Let Her Speak campaigns, accelerating the approach of a historical reckoning.

It was quite the year for outrage to be layered upon outrage, the constant emergence of survivors speaking out with force, running in parallel with Scott Morrison’s limitless capacity for giving precisely the wrong response every single time.  By December, the rage was glowing white.

What was different about this year, a year that did not tell us anything new about male-inflicted violence upon women? What changed?

It was, simply, as stated by one of the campaign slogans, #enough. Voices had been found, and were not being — as per tradition — silenced.

The difference, to my observation, is shame. There has been a fundamental shift in the dynamics of that awful residue which sexual violence leaves in its wake.

It is impossible to shut Grace Tame up. Despite the grievous and permanent wounds left on her by her abuser, she has discarded the shame which society routinely makes victims feel, and talks openly about her choice to place it where it belongs: at the feet of the perpetrator.

Likewise, the extraordinary bravery and forbearance, at immense personal cost, of Higgins, Saxon Mullins, Rachelle Miller and other survivors, their refusal to back down and insistence on demanding change, has forced a conversation the institutions of power have always been able to comfortably avoid.

It’s not that the child sex abuse royal commission, the terrific work of sex discrimination commissioner Kate Jenkins, or the tireless, constant and mostly unheralded toil of all the advocates in the field of sexual violence have counted for nothing. Everyone who has tried has helped; every effort contributes to the end goal.

However, the work is a siege, against a fortress with high and seemingly impenetrable walls. What is required is a breach — the loosening of a foundation stone, the fall of the first domino. Where and when it comes cannot be predicted, nor is it obvious at the time.

The principal clue to the fact that the tide has turned is that the defenders of the castle themselves have taken note.  The reaction of the patriarchy — represented most visibly by the male powerbrokers of the Coalition parties, but not just them — is unsubtle and panicked, hence it being so cack-handed and counterproductive.

These guys don’t know their enemy. They only know their own privilege, into which they were born and any serious challenge to which they have not the first clue how to handle. When Morrison’s first reaction, according to him, was to ask his wife, he wasn’t lying. He had literally no idea then, and has learned nothing since.

It isn’t over. The castle will take years, decades maybe, to reduce to rubble. In 2021, however, the defences were breached, and there’s no turning back now. The shame is being shifted, piece by piece, to where it belongs.

I extend my Christmas wishes to every survivor of sexual violence. Peace, solidarity, and more power to you.

For counselling, advice and support for men in NSW, Victoria and Tasmania who have anger, relationship or parenting issues, call the Men’s Referral Service on 1300 766 491. Men in WA can contact the Men’s Domestic Violence Helpline on 1800 000 599.

Michael Bradley is the chair of the Rape and Sexual Assault Research and Advocacy Initiative, and a member of the advisory board of the Grace Tame Foundation. His book, System Failure: The Silencing of Rape Survivors, was released by Monash University Publishing in October.

Join us in 2022. Get 50% off an annual Crikey membership now. You’ll help truly independent journalism and always have something cool to read this summer. Ends midnight.