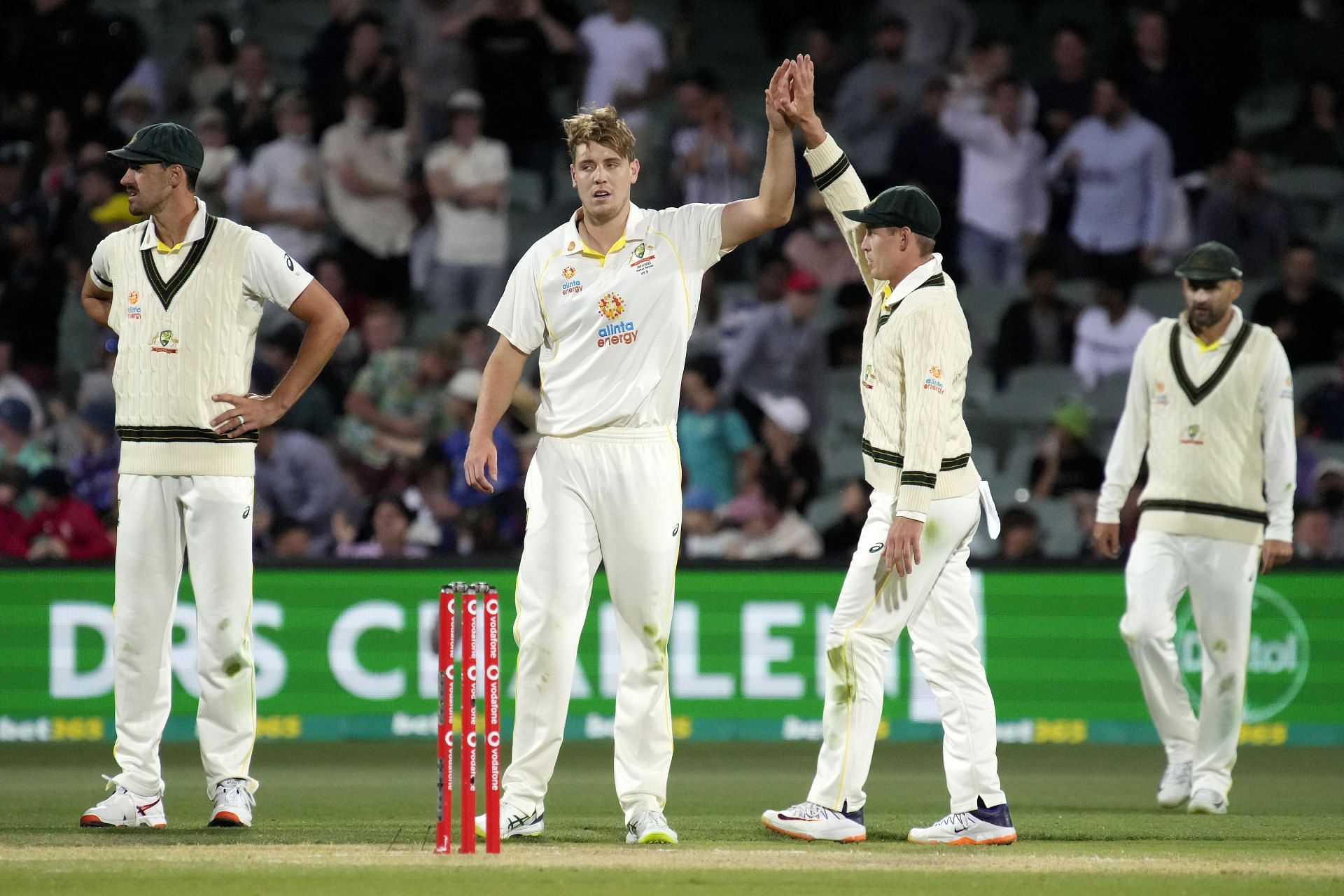 Australian all-rounder Cameron Green has hailed Ben Stokes as the “best in the world” and stated that there is no comparison between the Englishman and him.

22-year-old Green has claimed five wickets in two Ashes Tests so far and contributed an unbeaten 33 in the second innings in Adelaide.

Although he performs the role of an all-rounder, Green admits that he has a long way to go before he can start drawing comparisons with England’s Stokes. Speaking ahead of the Boxing Day Test, the youngster said:

“When I play more Tests I might get more confidence that I can do that and more self-belief I can be a match winner. He comes in at No.5 and bowls 25 overs every innings. It’s incredible how fit and tough he is. I’m not trying to compare myself to him. He is the best in the world.”

Cameron Green is not getting carried away with his success against Joe Root just yet!

Cameron Green is not getting carried away with his success against Joe Root just yet! #Ashes | @AlintaEnergy https://t.co/aXEntTIduR

Stokes, who is battling form and injury issues, has registered a highest of 34 from four innings in the ongoing Ashes series. With his medium pace, he has claimed three wickets, with all of them coming in the first innings in Adelaide.

Apart from keeping things tight with the ball, Green has also dismissed England captain Joe Root on a couple of occasions. The pacer has constantly troubled Root on and around the off-stump line.

Asked about the secret to his success against the prolific England batter so far in the series, Green said:

“It’s a bit of fun at the moment. I just have very simple plans for him. Just keep it tight from one end and let the other guys do their job. I am the fifth bowler so keep it tight at one end and give the others a spell. Maybe a few of the boys have mentioned it. But he is a world-class player, even the scores he has got so far. Even though he hasn’t got a hundred he is batting beautifully in the middle.”

Australia are 2-0 ahead in the five-match series and will be looking to seal the Ashes with a triumph in the Boxing Day encounter. Looking ahead to the clash, Green said the surface in Melbourne seems to have a bit of grass but added:

“It will depend on what they want to do on Boxing Day if they want to cut it or not. But it looks like a really good wicket.”

Australia defeated England by nine wickets in the opening Test in Brisbane before clinching the day-night Test in Adelaide by 275 runs.