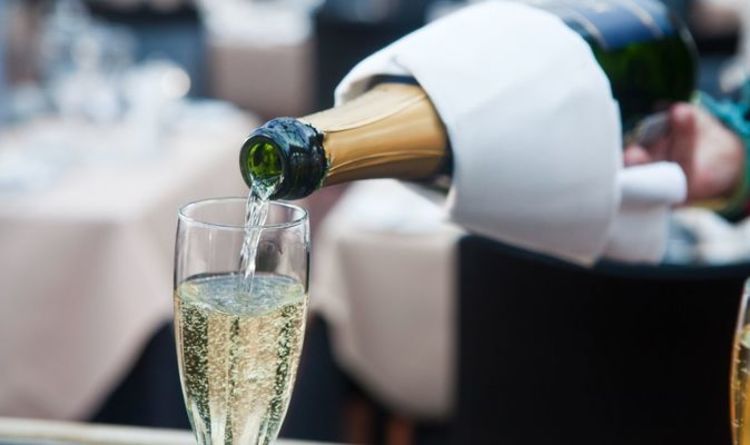 The imperial measurement for the fizzy booze is being pedalled by ministers and vintners alike, with Liz Truss reviewing “hangover” EU laws after taking over from former Brexit minister Lord Frost who resigned last week. Before joining the EU in 1973 and adopting the ban on the glass container, as well as other uses of imperial measurements, it is thought 60 percent of all champagne sold in the country was in imperial pint-sized bottles.

The drink was famously favoured by Winston Churchill, who served as Prime Minister of the United Kingdom during the Second World War and again a decade later.

He stated the pint bottle of champagne was the “ideal size” as it was “enough for two at lunch and one at dinner”.

It is hoped that pints of sparkling wine could become legal again as soon as next year.

A Government source told The Telegraph on Thursday night: “Pint-sized bottles were a victim of the EU’s war against imperial measurements, which are widely used and understood in this country.

Mark Driver, co-owner of the winemaker, said: “If this change in legislation is forthcoming, this is great news and something we have been lobbying hard for.”

He argued the pint bottle is the perfect size for two people to share, as it offers four glasses, which is more easily divisible than the three glasses offered by a half bottle.

If the ban is lifted, Rathfinny aims to release its Classic Cuvée late next year.

Brexiteer MPs have also welcomed signals the Government is preparing to scrap the EU ban, with the politicians advocating the imperial sized English wine would have a marketing advantage.

Mark Francois, chairman of the European Research Group, stated: “If you are an optimist, you go through life believing the glass is half full, rather than half empty.”

However, he urged ministers to allow British vintners to go “even further and offer to make the pint glass full to the brim” with sparkling wine.