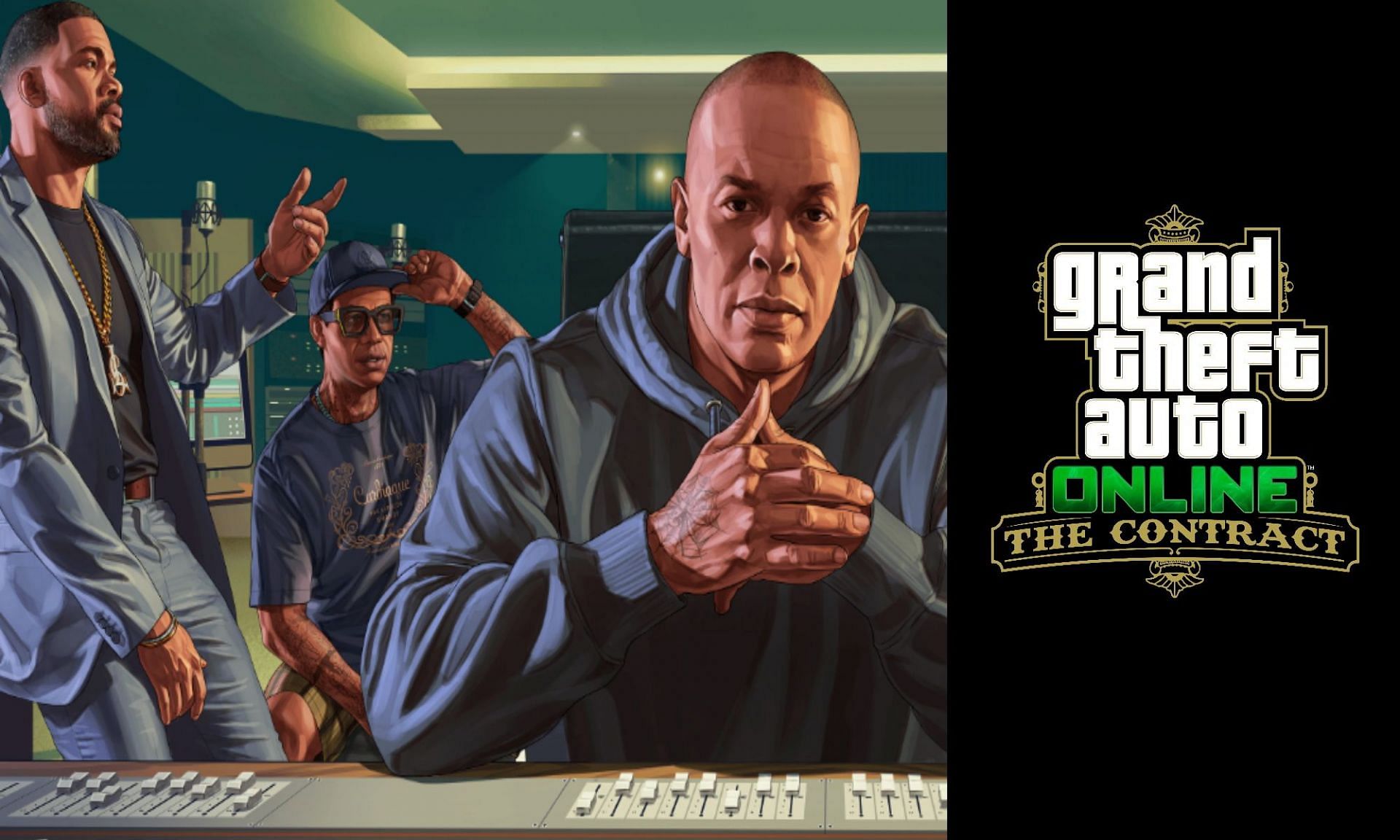 The Contract is a huge game-changer for GTA Online, which is why players consider it one of the better updates.

Whether it’s the story or the gameplay, players are happy with how Rockstar handled it. After the disastrous launch of the GTA Trilogy, the company is trying to redeem itself in the eyes of its player base. The Contract is the most positive reception they have received in a long time.

There is a lot to discuss with this new update. Most of it involves the return of Franklin Clinton, who hasn’t been seen in many years. GTA Online players can team up with him for some truly awesome moments. Here’s a look at some of the best ones in The Contract DLC update

And get a rare inside look at Dr. Dre working his magic at the new Record A Studios — where you can kick back and catch a glimpse of the hit-making process. rsg.ms/4a84460

Discover new songs from Dr. Dre — premiering exclusively within this massive update to GTA Online.And get a rare inside look at Dr. Dre working his magic at the new Record A Studios — where you can kick back and catch a glimpse of the hit-making process. rsg.ms/4a84460 https://t.co/szrcC7KAkj

GTA Online players were the first to hear new songs from Dr. Dre himself. The Contract update introduced several exclusive tracks from various artists. Rockstar went out of its way to make players feel important.

Players can also search for new songs by finding Media Sticks. GTA Online emphasizes the importance of music in their newest update. It even plays a crucial role in the VIP Contract missions.

Chop is one of the most beloved characters in the GTA series. Fans were happy to see he was still alive in GTA Online. He may be much older now, but he can still move around when he needs to.

Whenever a player visits the Agency, they can always show some love and support. Rockstar allows players to pet Chop whenever they want. It’s a small detail, but it’s a nice little touch for pet lovers.

3) There are now fewer notifications

Prior to The Contract update, notifications were a major nuisance in GTA Online. Players were constantly bombarded with texts and phone calls. Whether it’s Agent 14 or LJT, they would keep advertising various businesses and upgrades.

Thankfully, Rockstar has finally put an end to these endless reminders. Phone calls and texts have now been significantly reduced in GTA Online. Players can certainly appreciate this update, although it should’ve happened years ago.

Deluxos, Oppressors, and Toreadors are a dangerous threat in GTA Online. Many griefers rely on their homing missiles to rack up easy wins.

Imani Tech solved this nagging problem by introducing the Missile Lock-On Jammer. It’s only available for a few vehicles, but it offers a really useful function. It prevents other players from targeting the vehicle with homing missiles.

1) Franklin and Lamar are playable

Prepare for an out-of-body experience…

Play as Franklin and Lamar in Short Trips — new co-op story missions available once you complete GTA Online: The Contract.

Prepare for an out-of-body experience… Play as Franklin and Lamar in Short Trips — new co-op story missions available once you complete GTA Online: The Contract. Out now: rsg.ms/4a84460 https://t.co/IXfWmbsQpH

For several years players have wanted a DLC campaign for GTA 5 characters. The closest they will ever get is the new Short Trip missions from GTA Online. Franklin and Lamar are fully playable in short bursts.

To unlock this particular mode, players need to complete Dre’s missions. They will be invited to the Record A Studios, where they can take control of Franklin and Lamar. This is a great callback to the good old days of GTA 5.