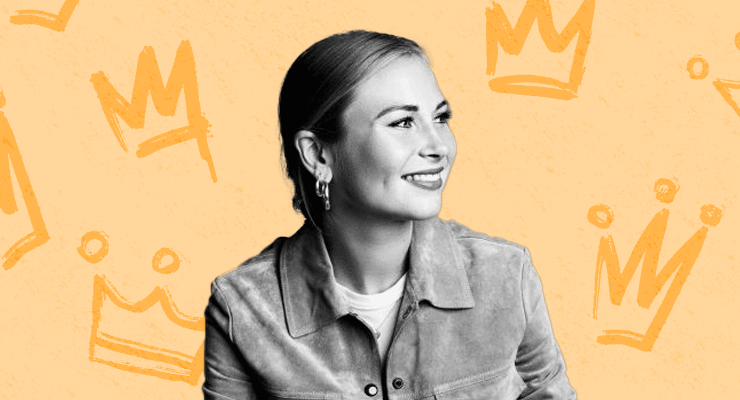 In a year characterised by out-and-out lies, much of Grace Tame’s impact has been in simply telling the truth.

First, her own, harrowing truth — a detailed, clear-eyed account of what was done to her as a child by an adult she should have been able to trust. Of course, before that was the fight to be able share that truth at all — for years she was legally prevented from speaking about the case, while her abuser was free to have chummy interviews with Bettina Arndt.

After the success of her work alongside Nina Funnell and many others on the Let Her Speak campaign, she was made Australian of the Year in 2021 for being an “outspoken advocate for survivors of sexual assault” and using her voice to push for legal reform and raise awareness about the impacts of sexual violence.

Tame told Crikey earlier this month she had made no conscious decision to approach the role of Australian of the Year any differently from anyone else, and she had simply spent the year being true to herself. As she stood on that podium next to Prime Minister Scott Morrison, Tame surely couldn’t have known what was to come. In retrospect though, perhaps there were clues.

First, in the conclusion to her speech, Tame gave a clear statement of purpose:

I remember him saying, ‘Don’t make a sound.’ Well, hear me now, using my voice amongst a chorus of voices that will not be silenced.

The second clue came from Morrison, who apparently gave a truly baffling and yet characteristically tone-deaf response: “I shit you not, he leant over and right in my ear he goes: ‘Well, gee, I bet it felt good to get that out,’ ” Tame later told the Beetota Advocate‘s podcast.

This, of course, was before the revelations of the alleged rape of Liberal Party staffer Brittany Higgins in Parliament House that sent Morrison to check in with the wife about where he ought to stand on such things.

Indeed, Michael Bradley already sketched the historical moment that was to erupt in the weeks that followed, and the place Tame occupied in it. In early March, she gave a National Press Club address in which she was asked about Morrison’s response:

For her trouble, inevitably, the media’s free speech warriors took aim. By May, the government announced an urgent review of the Australia Day Council, though it denied a direct link to Tame.

The shifting dynamic in public life, of course, cannot be ascribed to any one person. It’s important to mention the bravery of Crikey readers’ second place for Person of the Year, and Tame’s own choice: Brittany Higgins. And the events of this year are built on the work of advocates and survivors going back many, many years.

If there’s one theme in Tame’s speeches as recurrent as the need to make noise, it’s the importance of the collective, of the ability of a “single domino” to make a huge impact.

Tame’s own influence on 2021 is a perfect example. Higgins has said Tame inspired her to speak up. And from there, on it went: the March4Justice, the sustained reporting revealing the cesspool culture in Parliament house, the release of reports the government would have happily never commissioned in the first place, yet more women coming forward, the high-profile resignations. The progress was incremental and imperfect, a few rocks thrown at the statue’s clay feet, but progress it was.

And while it cannot be stressed enough — as Tame does — that any progress relies on a lot of people, the events of 2021 are simply unthinkable without her exemplary courage.

We’ll leave you with her own words, which she wielded with such precision and fearlessness all year. In concluding her powerful National Press Club address, she said:

One voice, your voice, and our collective voices can make a difference. We are on the precipice of a revolution whose call to action needs to be heard loud and clear … Let’s keep making noise, Australia.