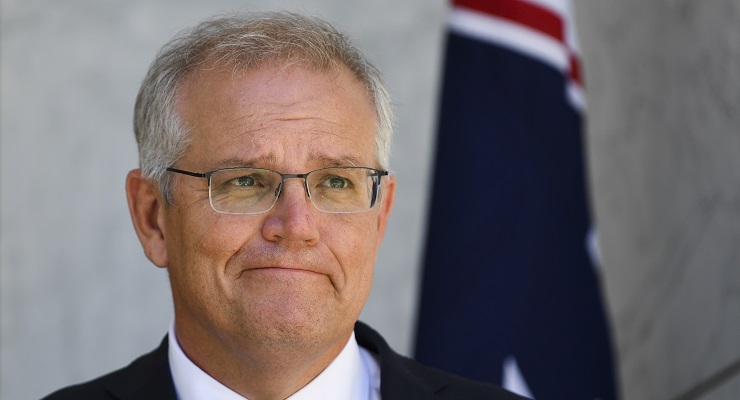 When Crikey decided to detail Scott Morrison’s habit of lying back in May, there was some concern. Could we really call the prime minister a liar? Lawyers were consulted; the dossier we’d put together was double and triple-checked. We styled ourselves as rather bold in bluntly using the L-word about the man tasked with running the country.

Six months later things were very different. It was not merely possible but fashionable to label Scott Morrison a liar, having become the height of chic among the French. Malcolm Turnbull then joined Emmanuel Macron: “He’s lied to me on many occasions,” Turnbull said. “Scott has always had a reputation for telling lies.”

Morrison didn’t help himself when, on his first outing after returning from Glasgow, where he worked hard to derail international climate policy, he tried to claim he supported electric vehicles — the subject of one of his most memorable lies during the 2019 election campaign. He then claimed it was a “Labor lie” that he’d lied. Within days he was being asked by Neil Mitchell if he’d ever lied in public life. No, he hadn’t, Morrison declared — to general hilarity.

It was a vivid illustration of how Morrison lies more and more when he’s under pressure. That he was under pressure for lying lent the political equivalent of a hall of mirrors to proceedings.

Since May, Morrison has racked up 17 more lies. Crikey’s book on the topic, Lies and Falsehoods, has an appendix of lies that was out of date even as it went to print. The book sold out its print copy in about a week, and continues racking up strong sales in its online edition, suggesting that Morrison’s lying is no longer a matter of inside-Canberra fascination but one that resonates more broadly with the public.

What continues to impress about Morrison’s lying is the sheer lack of necessity of many of them.

No one forced him to lie about telling Anthony Albanese he was going to Hawaii, or that Christian Porter had said how much money he’d received from anonymous donors, or that Albanese had “backed in China”, or made him change his story about the submarine contract with Naval Group. And yet he continues to utter them, even while knowing he is increasingly regarded in the electorate and by journalists as a liar.

By the end of the parliamentary year, even his own backbenchers no longer trusted his words.

It’s one thing to lie about your opponents. It’s quite another to tell everyone that what you said last week, or last year, simply never happened.