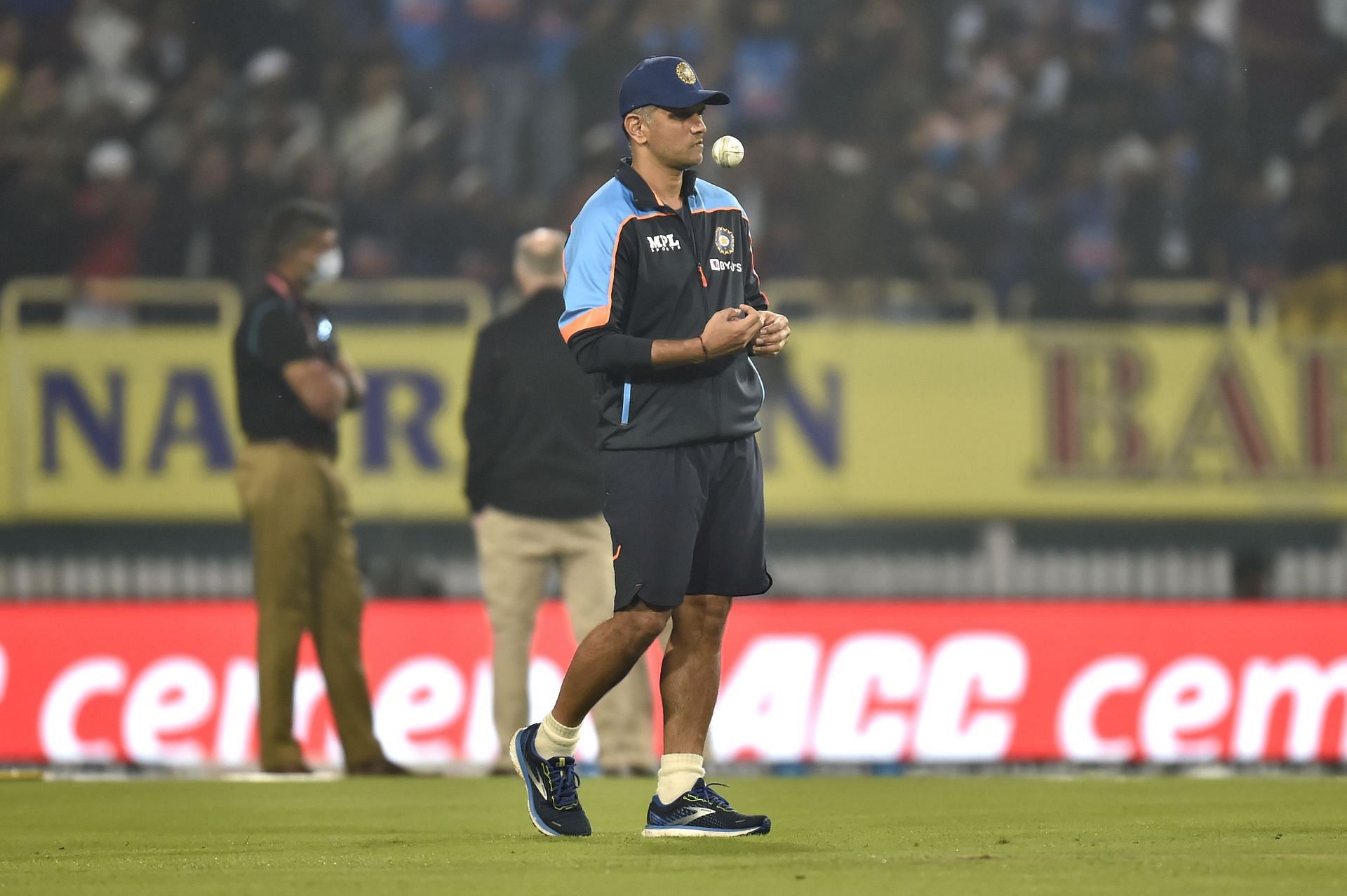 Team India coach Rahul Dravid has stated that the focus of the squad will be on their overall performance as opposed to individual brilliance in the Test series against South Africa.

The Indian batters have struggled for form over the last couple of seasons, with skipper Virat Kohli, Cheteshwar Pujara and Ajinkya Rahane failing to deliver consistently. Asked how India plan to tackle the middle-order woes, Dravid stated that they are placing greater emphasis on the team doing well as a group.

Speaking at a press conference ahead of the Boxing Day Test, Dravid said:

“One of the things that we have talked to the group about is that these kinds of series are won by good team performances. Everyone needs to play their part. You can’t just rely on Virat Kohli or a Pujara or one of the guys to do the job. If we want to be successful here, we are going to need contributions from everyone – our top seven, eight.”

Dravid pointed out that, in the challenging conditions in South Africa, even lower-order contributions can make a big difference. The head coach elaborated:

“Even the lower-order, the value of their contributions in these games can be slightly low-scoring than say, in other parts of the world. Every contribution is going to be important and Pujji is an important part of that line-up as is anyone else. It’s very rare in a series like this that one person is going to score in every single game and dominate a series.”

The 48-year-old added that a lot of chat around the team is about keeping the guys in a good space apart from the technical aspects of the game. Dravid explained:

“Hopefully, I am not going to mess them up mentally (laughs). At this level, a lot of the chat is around keeping the guys in a good space, keeping them relaxed, challenged and excited about the contest. There are a few conversations around the technique but a lot of it is about thinking positively and really wanting to compete.”

Rahul Dravid discusses it all as #TeamIndia gear up for the first #SAvIND Test in Centurion. 👍 👍

Dravid, who scored his first Test century in South Africa, further pointed out:

“These conditions can be a bit challenging, especially as a batsman. Sometimes there are varying conditions. You can start a Test match where the ball can seam around a bit. The bounce can be a bit tennis ball-like. It tends to quicken up sometimes on days 2,3 and 4. Then, it can get a bit up and down on day 5.”

“I don’t think this (South African) attack is casual by any stretch of the imagination. I think it is a very good South African attack. I will certainly say that our attack is more experienced than the South African attack at this point of time in terms of the number of Test matches played, which probably might not have been the case in the past.”

“But they have got quality, some very good bowlers in their home conditions and they have got some proven performers as well. We are not going to take them either casually or lightly.”

India’s three-match Test series against South Africa kicks off with the Boxing Day Test at the SuperSport Park in Centurion on Sunday. India have put up some impressive performances in South Africa but have only won three of 20 Tests in the country till date.