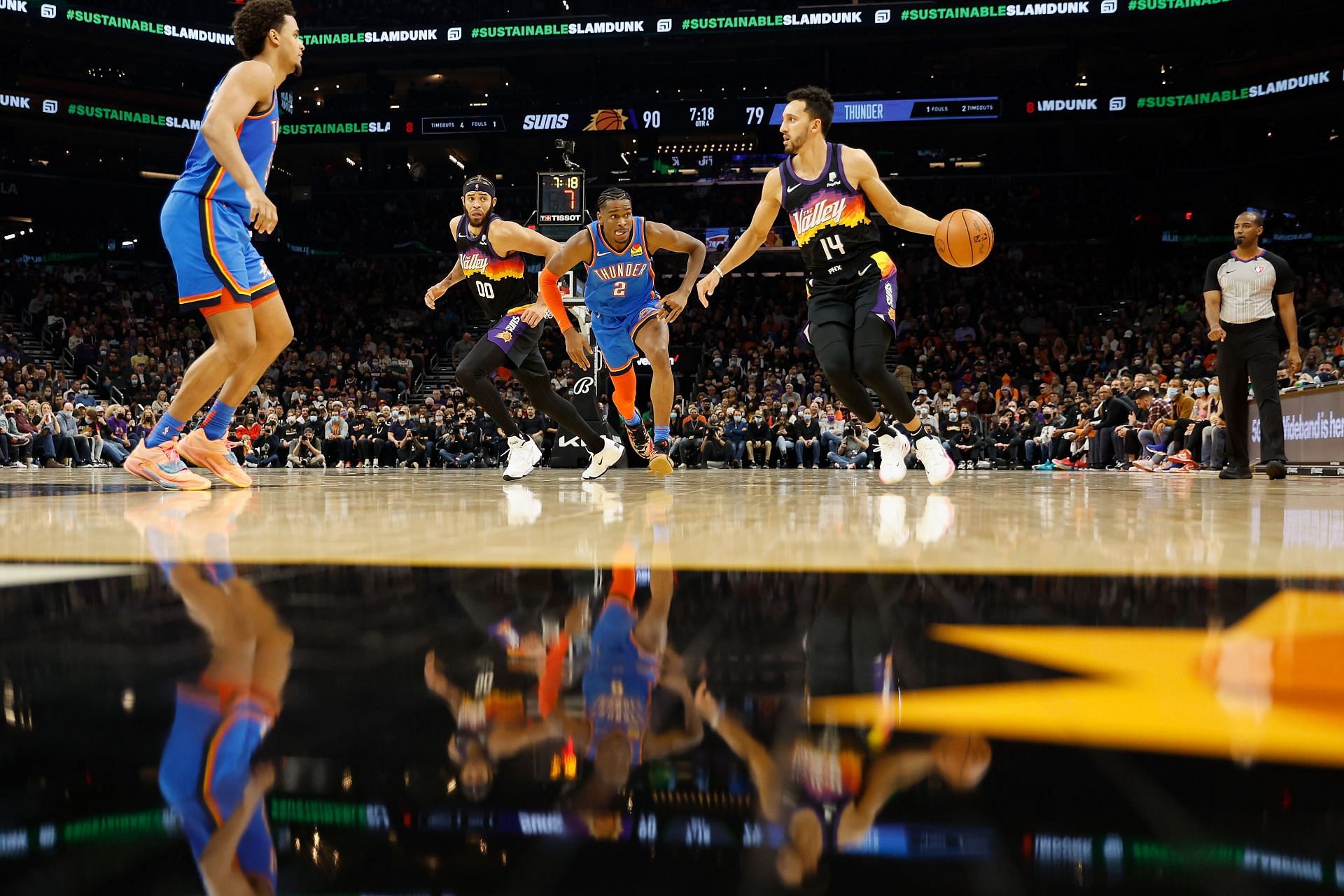 After weeks of panicking about the omicron variant and players missing game after game, the NBA is adjusting to reality. According to Adrian Wojnaroski with ESPN, the NBA and its players association “are near an agreement to reduce the 10-day quarantine periods for COVID-positive players.” The report says the arrangement could clear players to return within six games.

This is a good start, both for the NBA and for society. In March 2020, the NBA canceled a game between the OKC Thunder and the Utah Jazz which made clear to the world that the COVID-19 pandemic was not just some problem in Wuhan, China. Now, the NBA has an opportunity to make clear that it is time to move forward toward something approaching normalcy.

There has been a great deal of concern about the omicron variant and its spread. And as has often happened throughout this pandemic, those most worried about the pandemic call for stricter measures as cases rise. Schools are going virtual, new mandates are being put into place and there are even calls by some state-level lawmakers to deny coverage to the unvaccinated.

But let’s look at the NBA. Commissioner Adam Silver told Sports Illustrated that 97% of NBA players have received two shots, and 65% have received a booster shot. And yet despite these figures, player after player, including stars around the league, are testing positive and being held out for days under quarantine protocols.

None of these players are in any danger. If an NBA star or even a role player was in danger because of the omicron variant, it would be front-page ESPN news. And yet we see player after player be held out, ostensibly for their health and for others.

Yet, if it is for the health of others, why allow fans at all? Even if the stadiums mandate vaccination for entry, the example of the players shows there is no barrier to prevent spread among them.

These forced absences are bad for the league. Games have been postponed, throwing the league schedule in disarray and likely putting more pressure towards the end of the season when players are most exhausted and susceptible to injuries.

When games have not been postponed, teams have been forced to call up G League players or players no one has ever heard of, creating an inferior product and disappointing fans. Isaiah Thomas and Joe Johnson may spark nostalgia about their return to the court for a while, but this will wear thin, if it has not already.

Crowds most afraid of COVID call for a postponement of the entire season or perhaps, most crazily, a return to the bubble of the 2019-20 season. This is ridiculous for multiple reasons.

The first, and most obvious problem is: Postpone until when? The overwhelming majority of NBA players are vaccinated and boosted, and yet this has not stopped COVID from spreading among its ranks. Does anyone seriously suggest this would stop if 80% or 90% of the players are boosted instead of 65%?

The league accepted postponing the season and the bubble in 2020 under very different circumstances. No one had any means of protecting themselves against the virus then, while the NBA players have since protected themselves thanks to vaccination.

Furthermore, there are simply too many games left, never mind the playoffs, to accept a bubble scenario. The reality is that there is no way to stop players from contracting COVID cases at this point, short of locking them in another bubble.

The spread of the omicron variant in the NBA has made it clear what so many have refused to accept over the past several months: Even if we strapped every person down and forcibly injected them with vaccine shots and boosters, COVID would still spread. It would be far less lethal and have far less of an impact on hospitals and our health care system.

But it will still spread, cases will continue to rise and fall, and some people will still get seriously sick and even die.

The NBA has done its best to promote the vaccine, and it should be commended for that. Now they must adjust to the new reality that holding NBA players out for over a week is no longer wise.

Early evidence indicates the omicron variant is not that deadly for those vaccinated and boosted, especially in-shape NBA athletes. The alternative of postponement is a little different from stating that we should go back to the bubble or cancel the season altogether. Fans will not accept that. The player will not accept it. The league will not accept that.

It is time to let NBA players play after a much shorter wait.