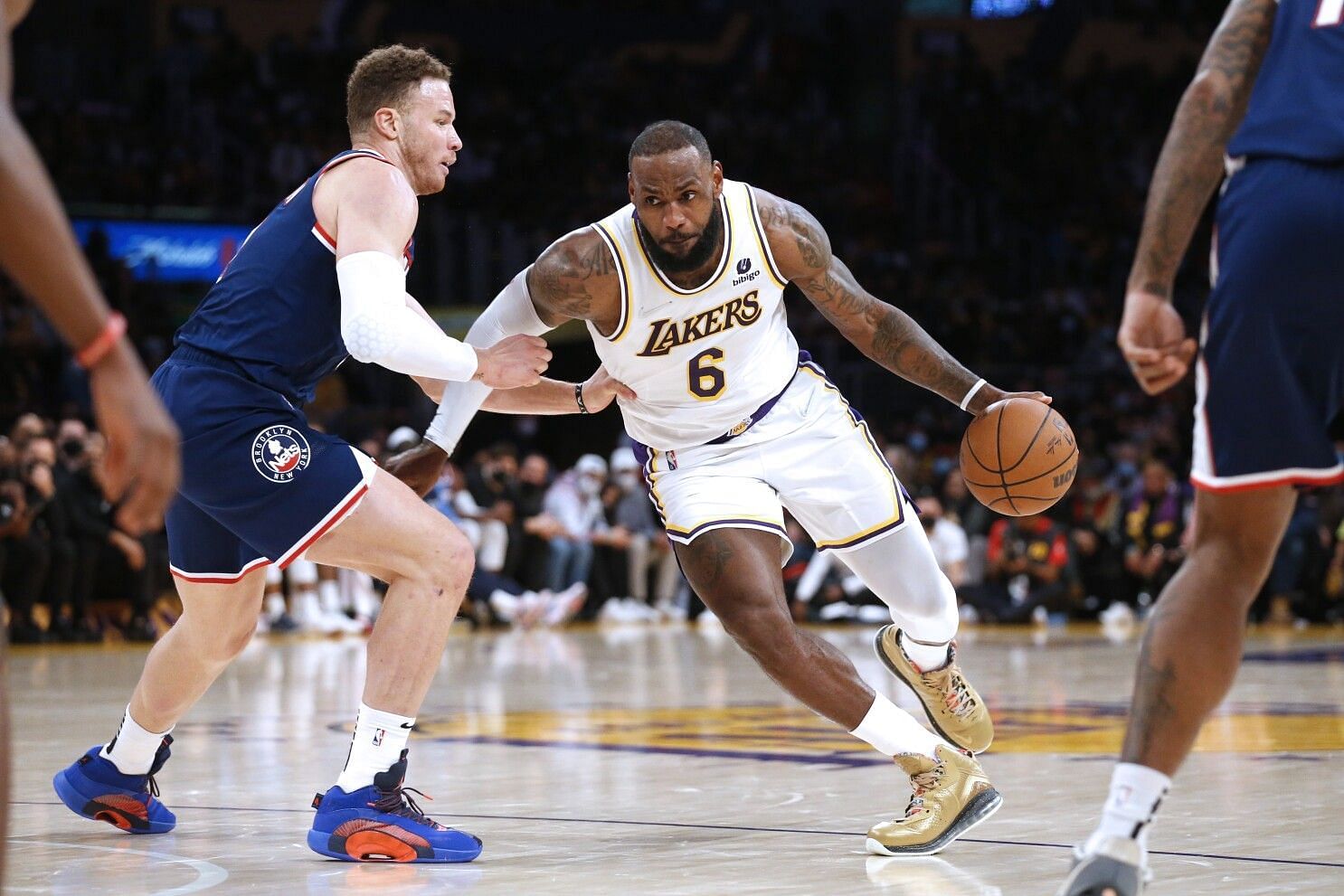 LeBron James had another monster night in the LA Lakers’ disappointing loss to the Brooklyn Nets just a few hours earlier on Christmas Day. The Lakers almost pulled off the win after trailing by as many as 23 points early in the fourth quarter. If not for Patty Mills and James Harden, the Hollywood squad and its legions of fans could have had a more enjoyable Christmas.

The LA Lakers fell into a huge hole when LeBron James sat down for a rest. Without Anthony Davis and a few other integral pieces of the lineup, the four-time MVP’s absence was evidently felt. When asked about how the team can avoid a collapse when the King takes a breather, acting head coach Dave Fizdale had a very blunt answer.

Here’s what he told reporters in a postgame interview after the LA Lakers lost their marquee matchup against the Brooklyn Nets (via Harrison Faigen):

“We could clone him. Do you know any good scientists?”

Fiz was asked what the Lakers can do to not collapse when LeBron is on the bench.

“We could clone him. Do you know any good scientists?”

Fiz was asked what the Lakers can do to not collapse when LeBron is on the bench.”We could clone him. Do you know any good scientists?”

Assistant coach Dave Fizdale’s answer was jarring, to say the least. A roster that still has former MVP Russell Westbrook and superstars like Carmelo Anthony and Dwight Howard has no right to rely this much on LeBron James.

LeBron James will soon turn 37-years-old in a few days. Already in his 19th season and reportedly on the decline, he continues to be the Lakers’ best player. How the LA Lakers are riding this much on the 17x All-Star also begs the question of whether trading for Westbrook was the right call.

The LA Lakers practically mortgaged their future to acquire Russell Westbrook and help carry this team. So far, that has not proven to be the case. While Westbrook finished with yet another triple-double, he was sorely lacking in big-game performance. He was clearly outplayed by Patty Mills, who had to help James Harden carry the Nets without Kevin Durant and Kyrie Irving.

It’s almost embarrassing for the LA Lakers to depend on LeBron James as much as they have this season. He is their biggest reason for the franchise to add another NBA championship trophy, but they are riding on him just to stay afloat.

The LA Lakers have to start playing with a sense of urgency and determination. They have to start with those very basic things for them to hold the fort until LeBron James gets back on the court. The difference between how the Nets’ role players went with their business compared to how most of the Lakers played was glaring.

Aside from their big run in the fourth quarter, it seemed that the LA Lakers were sleepwalking throughout the entire game. Even on national TV, they are seemingly unable to find the energy to play with more zest and gusto.

That their effort has been called out so many times this season has to be a serious sign of something. If they can’t fix something as elementary as effort and hustle, the LA Lakers may need a few more clones of LeBron James just to make the playoffs.