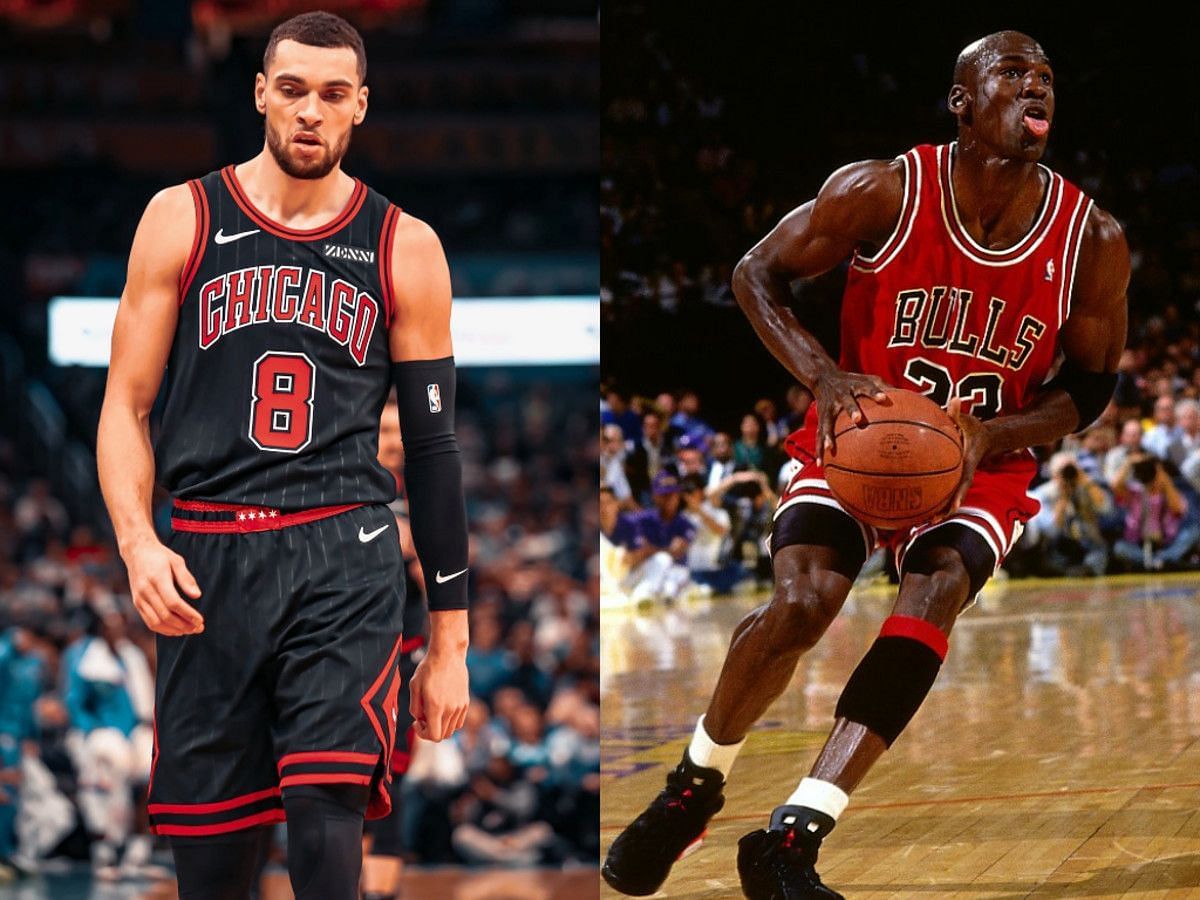 Zach Lavine put in another scintillating performance to lead the Chicago Bulls past the Indiana Pacers on Sunday. The all-star shooting guard showed no effects of the long layoff he spent under the NBA’s health and safety protocols. He led the Bulls’ win with 32 points, four rebounds and four assists.

A few minutes after the game, Statmuse informed everyone via Twitter that Zach Lavine’s 30-point game was his 65th with the Chicago Bulls. The tweet continued with a hilarious side note that the feat leaves him only 472 30-point games away from Michael Jordan’s franchise record.

The Olympic gold medalist took the ribbing in stride with a funny but somewhat very real tweet of his own:

It’s his 65th 30-point game with the Bulls, only 472 away from Michael Jordan’s record.

The six-time NBA champion’s scoring prowess is legendary, which is why no one can fault LaVine for saying that Jordan is unreal. Peak MJ dominated opponents not just in scoring but also in his defense. It’s almost unbelievable how someone who can play with so much energy and effort on defense can still be almost unstoppable on offense.

Zach LaVine on Michael Jordan having 38 games with 50-points:

Jordan’s franchise-scoring records are almost untouchable for many, including the current Chicago Bulls sharpshooter. What the 26-year old ultra-talented guard should try to accomplish is adding another championship banner to the United Center rafters.

Michael Jordan is mainly responsible for all six of the Chicago Bulls’ NBA titles. If Zach Lavine can lead this team to a championship past league superpowers, fans and pundits could label this season as unreal.

Can Zach Lavine lead the Chicago Bulls to the top of the East the way Michael Jordan did?

The NBA has suddenly become predictably unpredictable this season. Playoff chances are not merely products of simple basketball play but are also on the vagaries of the surging virus infection. For the first time in the league’s history, G-Leaguers and former retired players could have a crucial impact in shaping the playoff picture.

Despite the uncertainties of the virus affecting the league, the Chicago Bulls have shown their competitive nature. Without DeMar DeRozan and a few others in the lineup, it was LaVine who carried the team to respectable performances.

The Olympic veteran displayed the same competitive fire and ability to lead the Chicago Bulls in his first game since exiting virus protocols.

If the Bulls can stay healthy and virus-free, Zach Lavine and DeMar DeRozan could lead this team to the top of the East.