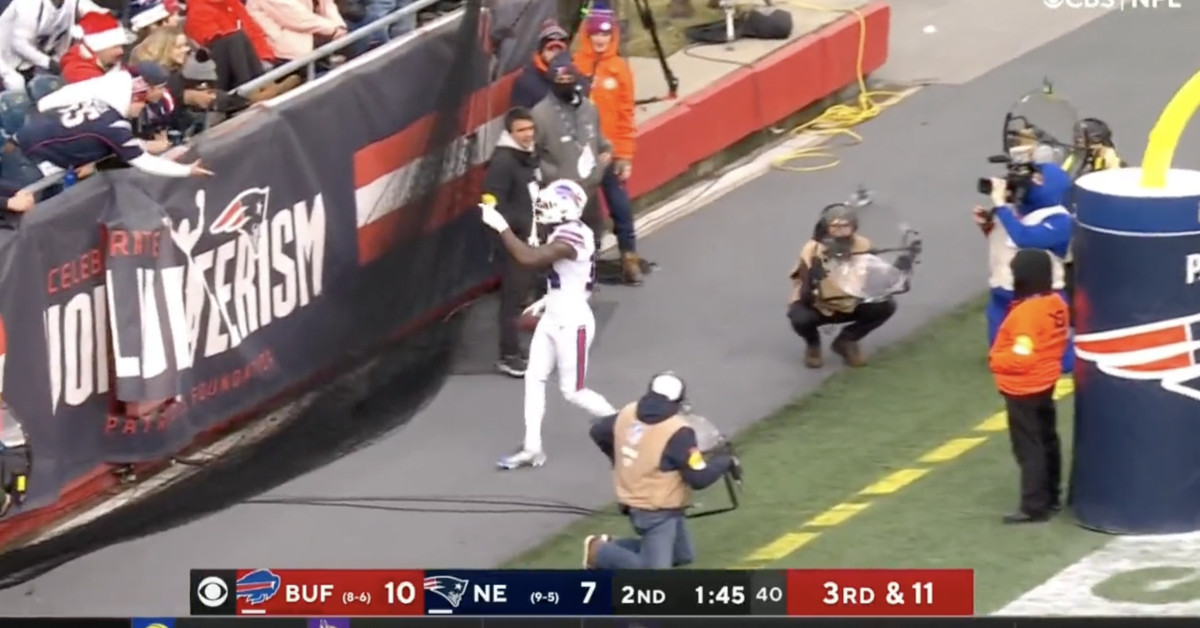 The Buffalo Bills had plenty to play for on Sunday entering their game against the New England Patriots in Week 16. Buffalo had very real playoff implications on the line as they trailed New England by a game in the AFC East. The Bills were also playing for pride after the Patriots won on their home field three weeks earlier in a game rookie QB Mac Jones only threw three passes in amid blustery conditions.

Buffalo was locked in from the very beginning, and came away with a 33-21 win in a game they never trailed. The victory catapults the Bills back to the top of the division with two games to play. The Patriots are still sitting pretty for a wild card spot, but the dream of winning of the division again just got significantly more difficult.

The Patriots are used to running the NFL after six Super Bowls and a streak of 11 straight division titles that ended with the Bills’ AFC East crown last season. All that success has made New England a team people like to root against. That sentiment is apparently carried by Buffalo star wide out Stefon Diggs, who gave Patriots fans a message after scoring a second quarter touchdown on Sunday.

Tell me you haven’t said or wanted to say that to the Patriots fans in your life over the last year. That fanbase has been spoiled by success.

Diggs ended the night with seven catches for 85 yards the touchdown. With fellow receivers without Cole Beasley and Gabriel Davis out for the game, Buffalo got big performances from Isaiah McKenzie and Diggs in the win.

The Bills now control their own destiny with only two weeks left in the season. In a wide open AFC, Buffalo can still dream about a Super Bowl trip after such an inspiring win.