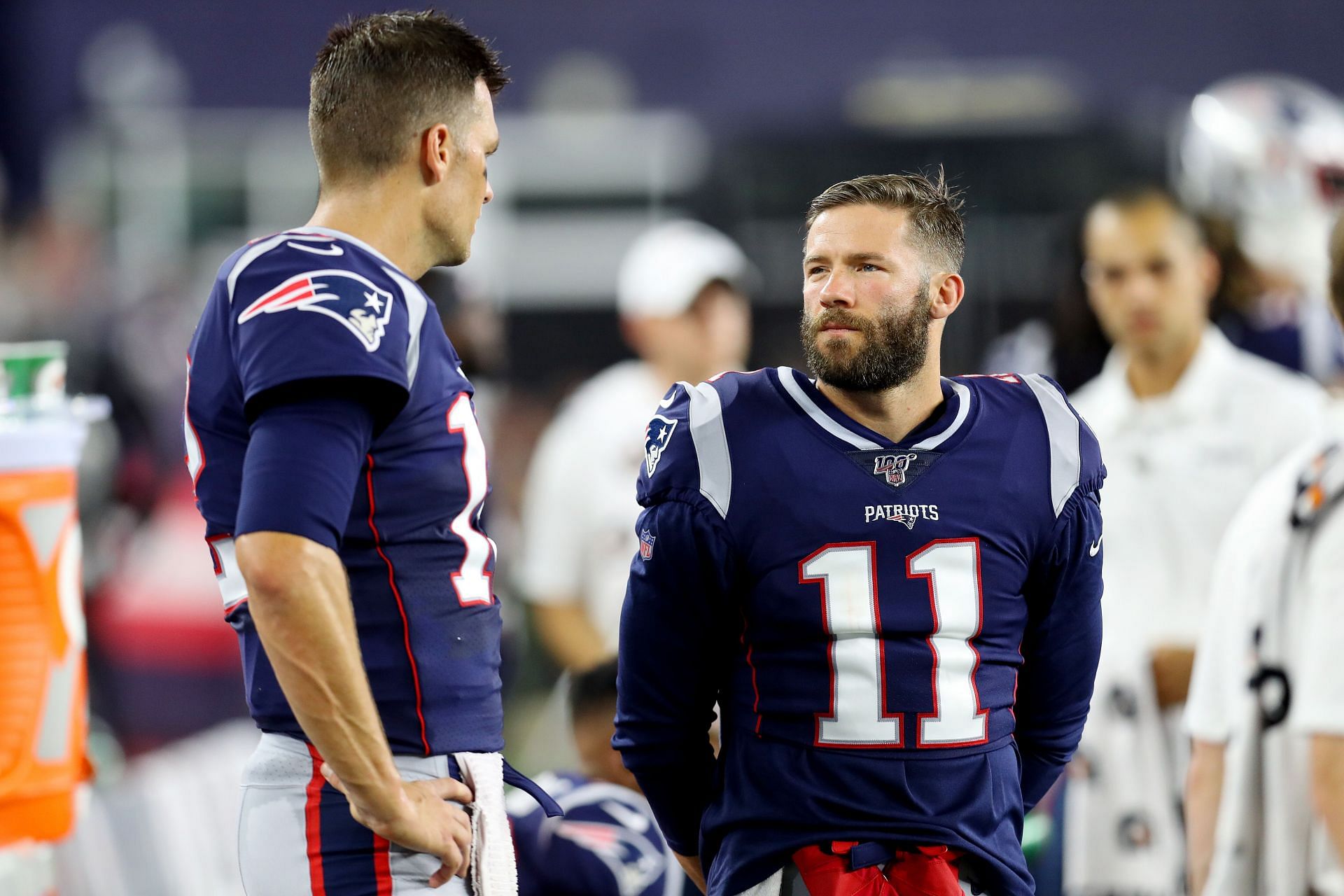 Tom Brady‘s ‘Man in the Arena’ docuseries promises to showcase the finer details of the quarterback’s storied NFL career. The ESPN+ series has featured a host of important figures, including the likes of Drew Bledsoe, Wes Walker and wife Gisele Bundchen so far.

In the latest episode of Man in the Arena, Brady reflected on his longtime friend and former New England Patriots teammate Julian Edelman. The seven-time Super Bowl champion spoke about the 2014 NFL season and Frank Edelman among other things on the show.

Brady played with Edelman for years in New England and built an incredible bond on and off the field. The 44-year-old quarterback knew Edelman’s family and the important role Frank played in Julian’s success in the NFL.

“Julian’s dad was pretty tough on him. Like Julian will tell a great story about charging the mound when his dad was throwing him batting practice. That’s what you need to know about Jules,” Brady said. “That’s what he does. He does not like being told that he’s arrived, he’s great, he’s got a role secured. Julian always likes operating from a place (of), he’s going to get cut tomorrow.”

To give context, Frank challenged Julian to get better every single day. On most days, Edelman Sr. would return home from work and insist his son to practice football with him. Julian even called his father ‘Baby Belichick’ for having similar coaching traits to head coach Bill Belichick. The father-son relationship is well-documented in another series titled ‘100%: Julian Edelman’.

Frank also admitted that the sessions would get abusive as the regimented drills only got tougher as years passed by. That built the wide receiver’s character. Julian went on to win three Super Bowl rings with the Patriots and credited his father for the mental toughness over the years.

“I love my dad. He pushed me to heights I never thought I could get to,” Julian said. “He’d always try to make the situation as hard as possible. That’s what kind of made me adapt to this system down here in New England pretty quickly.”

On Friday, Religion of Sports tweeted a clip of Brady talking about Frank and Julian Edelman’s story. The former Patriots wide receiver responded by saying:

That pretty much explains how Edelman went from an undersized college quarterback from Redwood City to an NFL superstar.