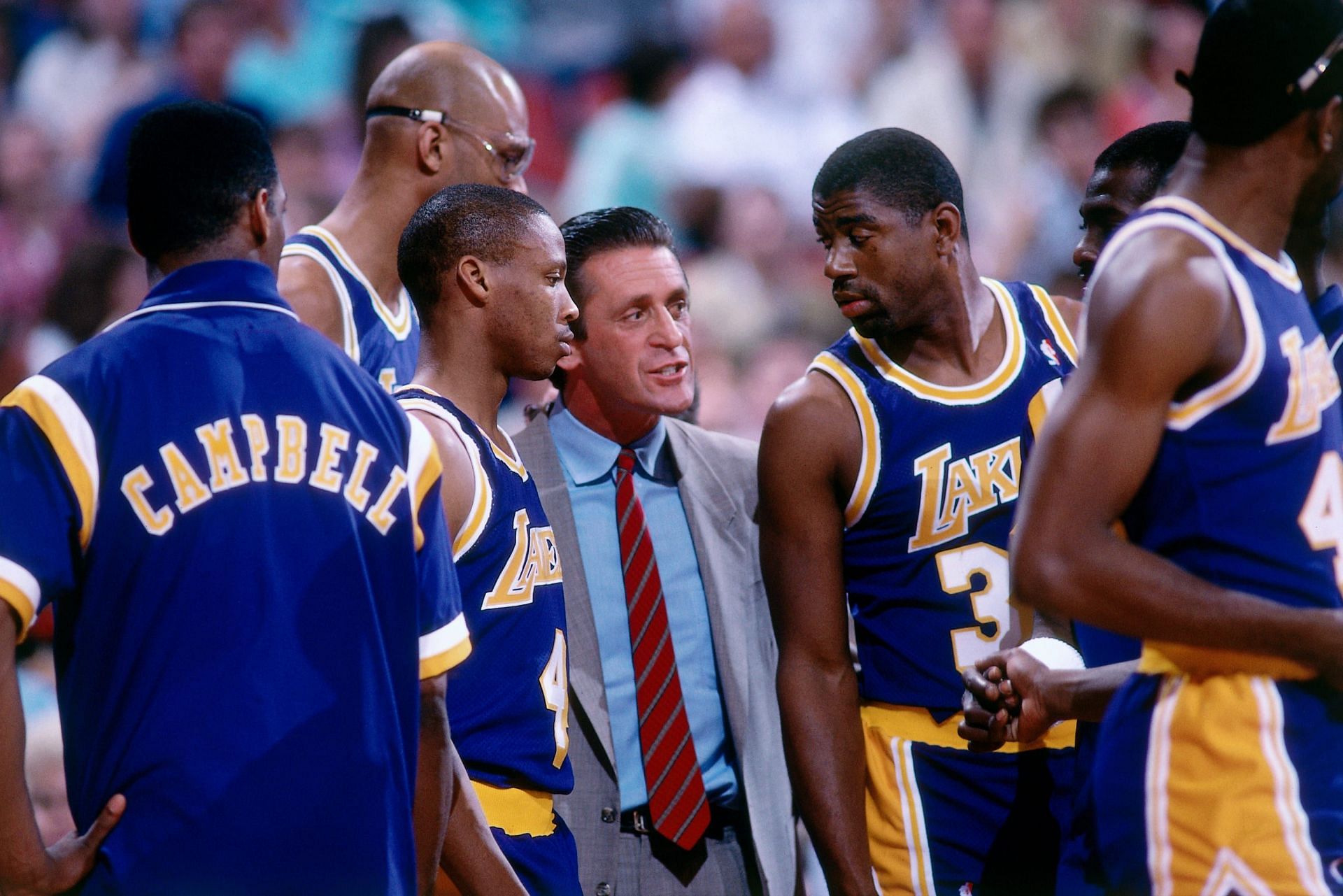 Magic Johnson remains as influential to the LA Lakers 25 years after his retirement as he was in his superstar playing days.

The Hall of Famer will be featured in the HBO drama series Winning Time: The Rise of the Lakers Dynasty. Hollywood is already anticipating the release three months before its scheduled debut on TV.

While the excitement is already palpable, particularly among the LA Lakers faithful, Johnson himself, almost shockingly, does not share the same enthusiasm. TMZ Sports had an interview with the Lakers legend, which led to a rather unexpected answer.

Here’s how the charismatic Johnson responded when asked how much he was looking forward to the release of the series:

The upcoming series is based on a book by Jeff Pearlman. The book is titled Showtime: Magic, Kareem, Riley and the Los Angeles Lakers Dynasty of the 1980s. Considering how much those Showtime Lakers meant to Tinseltown, Magic Johson’s candid reply will certainly add more drama before the series’ slated release.

Magic Johnson is not looking forward to HBO’s new series on the “Showtime” Lakers. tmz.me/rvRn22m

Magic Johnson is not looking forward to HBO’s new series on the “Showtime” Lakers. tmz.me/rvRn22m

Magic Johnson has inevitably had to answer questions regarding the state of the LA Lakers, who are currently in a five-game losing slump. While LeBron James has been playing lights out, the rest of the roster has regularly looked disinterested and too casual.

The five-time NBA champion cautioned the public from writing off the Lakers, who still have James, Anthony Davis and Russell Westbrook. He believes James and the team just need a little more time, especially with all the injuries and virus protocols.

Lakers legend Magic Johnson is not ready to give up on the team this season, saying that they need more time to figure things out. tmz.me/x6nzeB5

Lakers legend Magic Johnson is not ready to give up on the team this season, saying that they need more time to figure things out. tmz.me/x6nzeB5

The LA Lakers’ biggest showman also insisted that despite the injuries, the team has to play better on defense. That being said, Magic Johnson shares the same sentiment as LeBron James regarding the need to stay patient.

With the toughest part of the LA Lakers schedule about to begin, the franchise must start to turn things around. They need to start playing better defense and stop turning the ball over. Otherwise, Johnson’s distaste to the series could extend to the Lakers’ play as well.