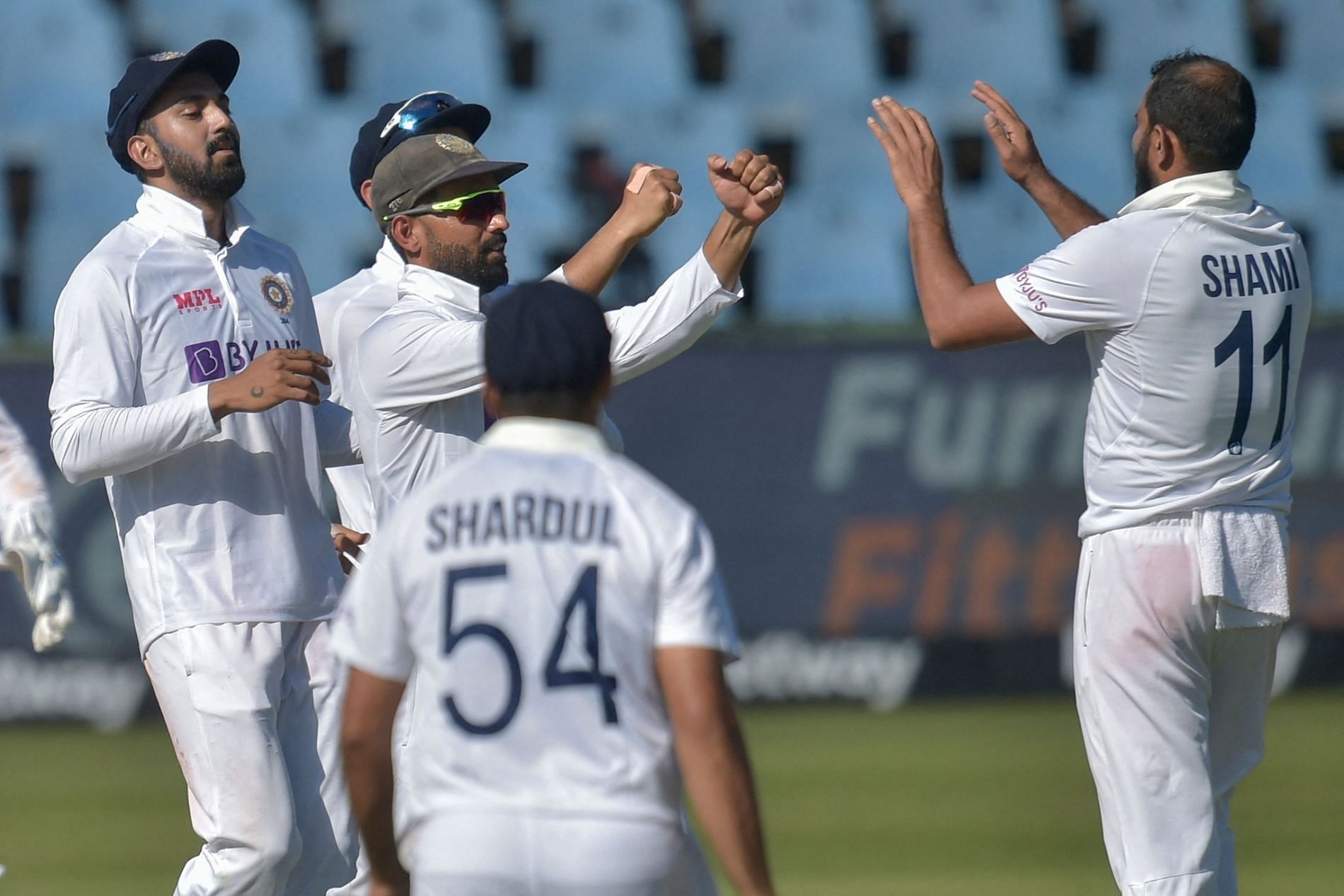 Team India pacer Mohammed Shami spoke about an ideal lead in the second innings against South Africa. He reckons the visitors will need a lead in the region of 350-400 runs before they can think of declaring in Centurion.

Shami was the star performer for India with figures of 5/44 as South Africa crumbled to 197 all-out in the first innings on Tuesday. Earlier, India themselves collapsed from their overnight score of 272/3 to 327.

Speaking after the end of the third day’s play in Centurion, Shami opined:

“Two days are left in the Test match, I feel we should be batting the maximum amount of time tomorrow. If we score around 250 runs and set a target of about 400 runs for South Africa we can then allow South Africa to bat for four sessions. But for that we need at least 350 or 400 odd runs.”

Shami was the star of the show for India with the ball on Tuesday. Jasprit Bumrah and Shardul Thakur also came up with handy contributions, picking two wickets each.

When he claimed his fifth wicket in South Africa’s first innings, Shami also reached the landmark of 200 Test wickets. Only four Indian fast bowlers had claimed more than 200 Test scalps before Shami.

Reflecting on his amazing journey, the seasoned pacer credited his father for backing him despite all the hardships faced. Shami stated:

“No player can ever imagine what he can do in the future. Your motive or dream is to play for India, hard work is your hand and if you work hard you get the desired results. For my success, I want to give credit to my father. I am from a village where there are no facilities and my father used to send me to play cricket 30 km far from our village. My father and brother had backed and I am here only because of them.”

Shami made his Test debut against West Indies in Kolkata in 2013, claiming nine wickets in India’s thumping win. Over the last couple of seasons, he has been part of India’s formidable pace bowling line-up. He has been lethal combining with the likes of Bumrah, Mohammed Siraj and Ishant Sharma.