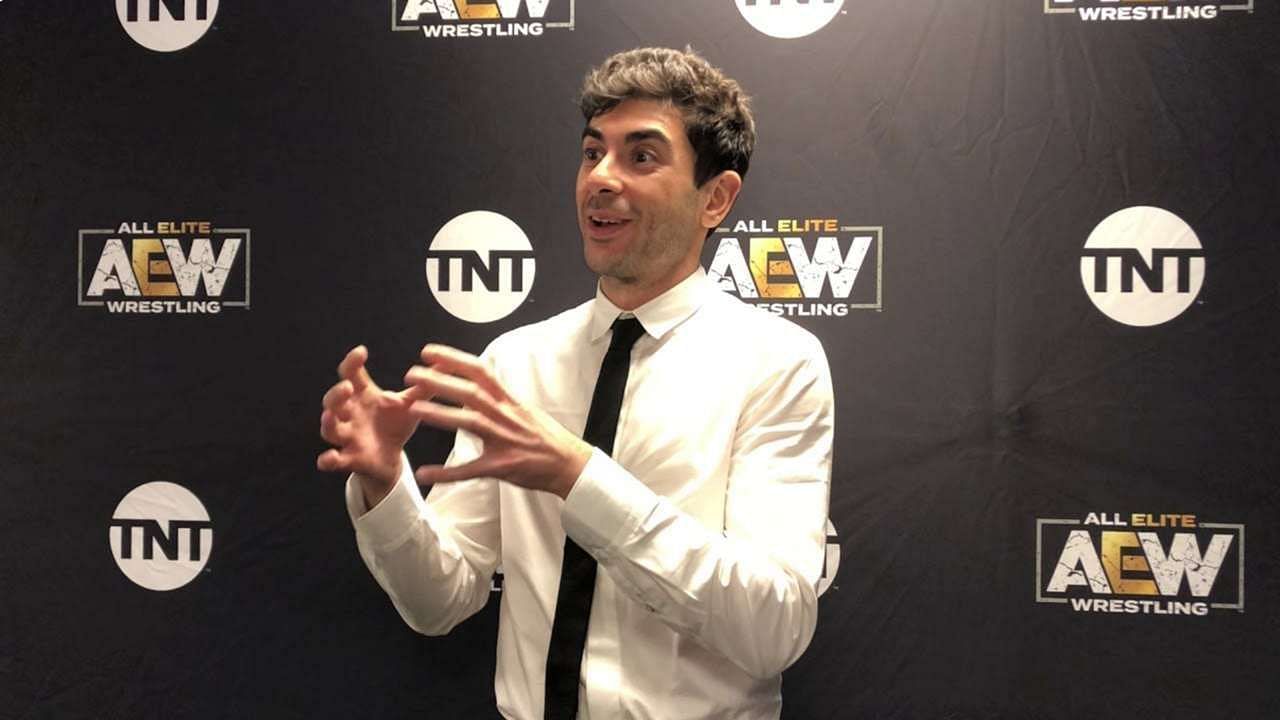 Tony Khan has put in a lot of thought into getting the opportunity for AEW to honor the legacy of Owen Hart. The Owen Hart Tournament finals will take place at Double or Nothing, the All Elite Wrestling boss has revealed.

Tony Khan and AEW announced many weeks back that they had an agreement with Martha Hart, Owen Hart’s widow, to honor the legend’s legacy with a tournament in AEW. There will be separate tournaments for men and women.

Wonderful couple minutes dedicated to Owen Hart. Seeing his face and hearing his name on TV again in this capacity is truly something I never thought we’d get to experience.

Now he’ll be honored in AEW annually. Genuinely one of the most amazing things in 2021 #AEWDynamite

Wonderful couple minutes dedicated to Owen Hart. Seeing his face and hearing his name on TV again in this capacity is truly something I never thought we’d get to experience.Now he’ll be honored in AEW annually. Genuinely one of the most amazing things in 2021 #AEWDynamite

Speaking to Mike Johnson of PWInsider, Tony Khan explained how the decision to have the finals at Double or Nothing came about.

“Talking to her about how the legacy of Owen would be treated, I told her we would make it a top priority to make sure we would do something that would have great impact on the fans, but also where she could participate. She’s a teacher in Canada and with her teaching schedule, we looked at AEW events. Double or Nothing is one of the most important shows we have, it’s where the company began, and it’s very fitting that on the three-year anniversary of our first AEW show, we will crown Owen Hart (Cup) winners. I discussed it with Martha and I thought it would be cool to treat the Owen like other prestigious cups in sports.” (h/t: Fightful)

In the same interview, Tony Khan stated that at first he considered the Revolution pay-per-view for the finals. But Double or Nothing was finally chosen keeping Martha Hart’s schedule in mind.

“For example, Wimbledon, there is a men’s and women’s winner. Martha thought this was excellent and was in favor of it. The Owen will crown a men’s and women’s tournament winner and there is no better place than Double or Nothing. I had considered Revolution, it’s also a huge event, but Orlando is not as close to where Martha lives as Las Vegas. Also, March is not as conducive to her personal calender with her teaching schedule as May.”

The Owen Hart Cup will definitely be a terrific tournament with many AEW stars being the favorites to win. It will be interesting to see which men and women AEW decides to give this prestigious honor to.

Who do you think will win the first-ever men’s and women’s Owen Hart Cup? Please share your thoughts in the comments section below.

Could we see a WWE reunion in AEW? A living legend reacts.