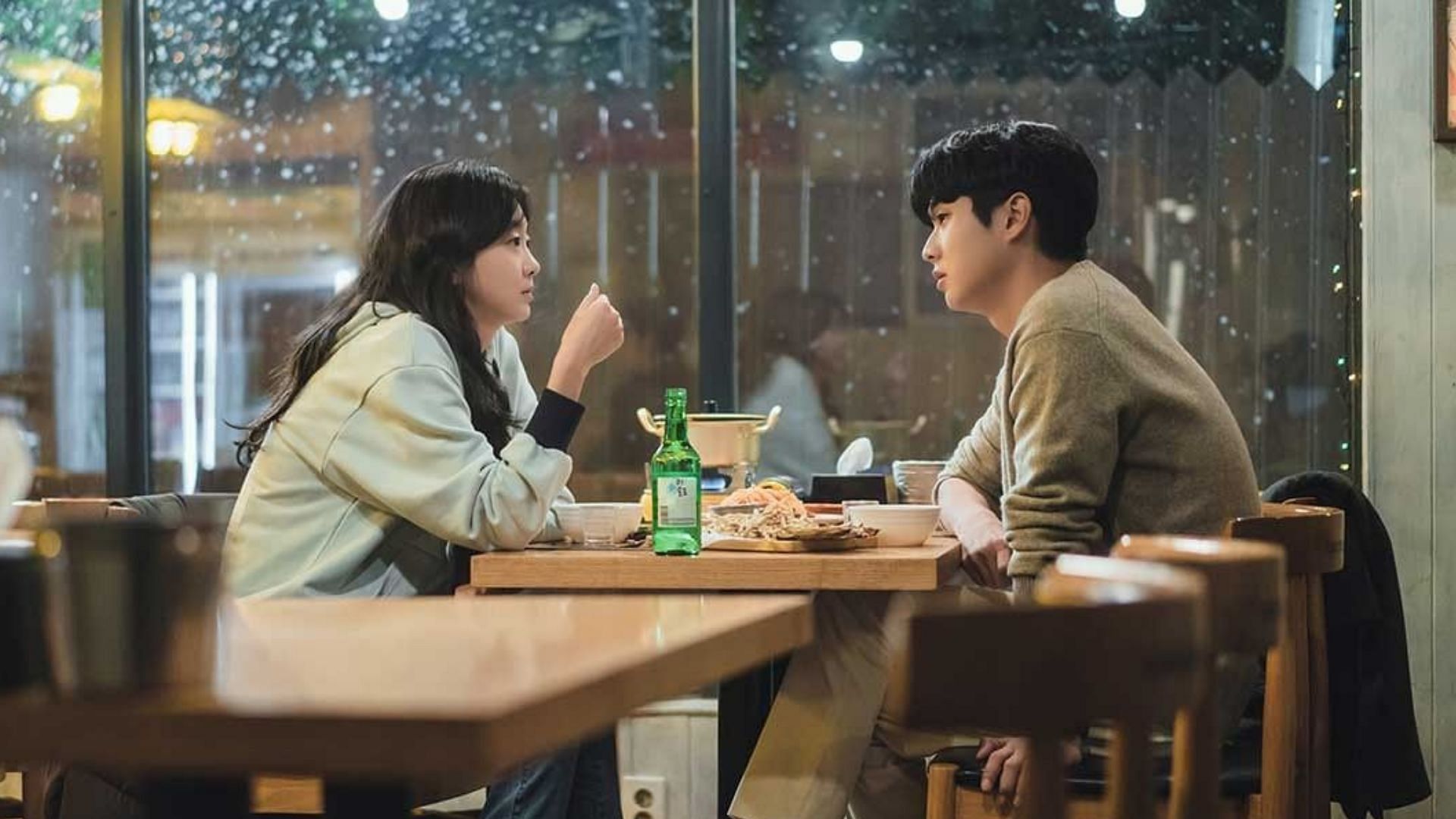 The latest episode of Our Beloved Summer sees Choi Ung (Choi Woo Shik) begin revealing to documentary filmmaker Ji Ung that he is the kind of person who prefers to avoid any form of confrontation. He even quotes Sun Tzu’s Art of War to explain that he doesn’t agree with the general when it comes to the belief that the best form of defense is attack.

The audience see flashes of moments from Choi Ung’s past when he ran away from problems. From when he is in school as a young kid to when he dates Yeon Su (Kim Da Mi), he continues to run away from his problems. However, that doesn’t seem to be the case in the present. After asking Yeon Su why the two of them couldn’t meet each other cordially and ask about each other’s well-being, Choi Ung is embarrassed.

Initially, he avoids her and all conversations about her. Even when his manager throws him a debut party, he runs away upon hearing that Yeon Su is invited. He is not in a state to meet Yeon Su after having asked her a heartfelt question the night before. Instead, he goes to a park where he sits down to ponder about his relationship with Yeon Su.

Despite having tried to avoid Yeon Su, Choi Ung crosses paths with her in a library. It is revealed that the two had a similar moment in the past when they had avoided each other. Then too, the two had crossed paths in a library. Yeon Su is surprised to find Choi Ung with a book about Friedrich Nietzsche. She believes that he is not smart enough to understand the book. She tells him that in Our Beloved Summer, but is surprised to find out that he is indeed interested in the philosopher.

In the present of Our Beloved Summer, however, the two of them end up getting awkward around each other. Choi Ung moves past this awkwardness to suggest that the two of them have a meal together. He brings her to his parents’ restaurant. She is hesitant at first, but very soon, she feels at home. As the two share a meal together in Our Beloved Summer, Choi Ung tries to ask her again.

What was her life like in his absence in Our Beloved Summer, he wonders and upon asking her, all that he gets in response is that she has been doing well. This reminds him of the multiple times in the past when she refused to share about her life. This reminds him of how his relationship with her had always left him anxious with worry. He confesses that he is now sick of feeling this way and it looks like he is ready to give up on Yeon Su.