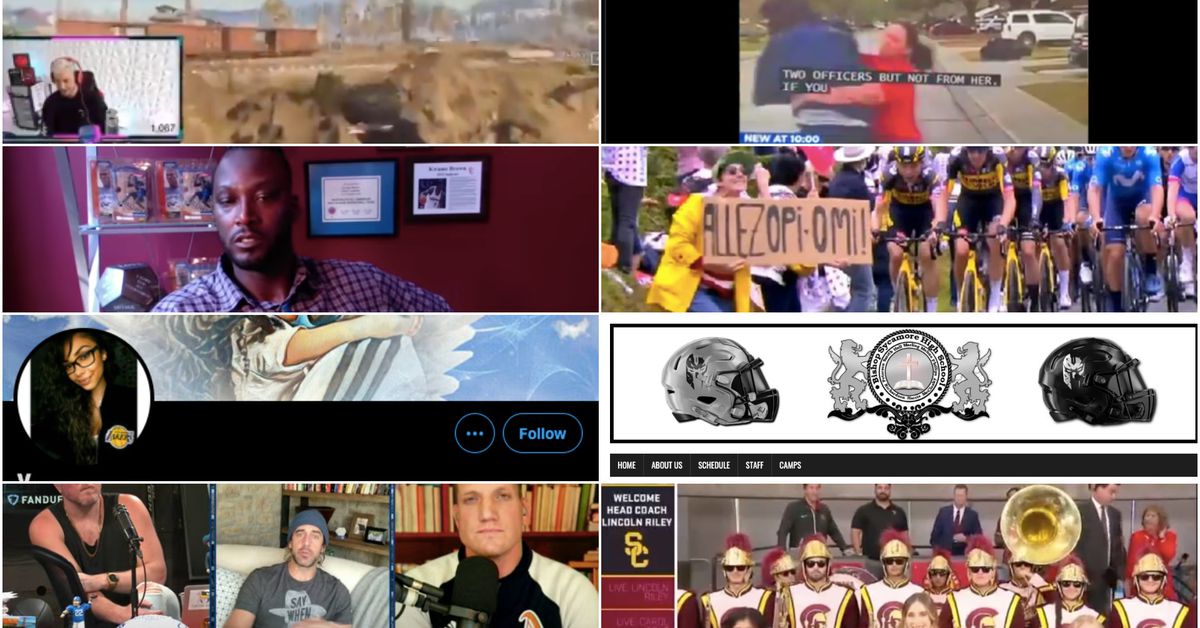 What a magical horrible year it’s been. While 2021 has been yet another pandemic-filled hell hole, we can at least appreciate that it gave us some of the dumbest, funniest, and weirdest sports stories of all time.

It turns out that when the world is turned upside down sports get really weird. Who knew?! So let’s go back through a year that gave us so much weird joy — because it was kinda the only place to find joy all year.

The NFL gave Nickelodeon its first ever f-bomb

Cordarelle Patterson became a fan-favorite with the Falcons this season, but lest we forget that he kicked off the year by swearing on the Nickelodeon broadcast. Just magic.

The Texas mom who obliterated a suspected peeping Tom

The tackle of the year came months before the football season began with this bone-shattering tackle that deserved a Pro Bowl appearance.

Leonard tried to write this off as a “slip” but was released by the Thunder shortly after and was not signed by any team in 2021.

So yeah, you’re just going to have to read about this one because goodness what a story this all was. It had everything, a missing “person”, faked cancer diagnoses, a podcaster left wondering if his best friend betrayed him. This all happened before the summer.

After baiting Kwame Brown during a podcast, Stephen Jackson and Gilbert Arenas caught ALL THE HANDS from their former teammate who aired all their dirty laundry and beyond. Brown had enough, and wasn’t afraid to defend himself — but that took us all down the weird rabbit hole of Brown’s recent internet history.

We closed out the midpoint of the year with an international hunt for a fan who ruined a stage of the Tour de France and escaped the country. It was one of the wildest stories of the year that started in a bizarre way.

The only thing more unbelievable than holding the Olympics in the middle of the pandemic was building special cardboard beds to stop athletes getting down. We know Olympians are world-class sex havers, and this was just an attempt to stop all that.

We still don’t know whether this worked or not.

A fake high school with adults faked its way all the way to ESPN where it was embarrassed on national TV. The twists and turns this took were remarkable, and it began with ESPN’s own announcers being furious they had to cover this garbage.

While it didn’t happen in 2021, we learned about how John Elway could have had a huge ownership stake in the Broncos back in 1998, but declined. That share would now be worth more money than he would have made in several lifetimes.

This story was funny enough before we learned it was Christian McCaffrey’s brother, then it morphed into being utterly hilarious.

Perhaps the biggest plot twist of 2021 came with Aaron Rodgers, who went from potential Jeopardy! host, to conspiracy-chugging dope.

If you told me back on January 2021 that I’d close out the year rather having a beer with Tom Brady than Aaron Rodgers I’d say it was impossible — but here we are.

We closed out the final month of 2021 with one of the funniest coaching introductions in football history. It was an SNL parody made manifest, and absolutely deserves a few minutes of your time.