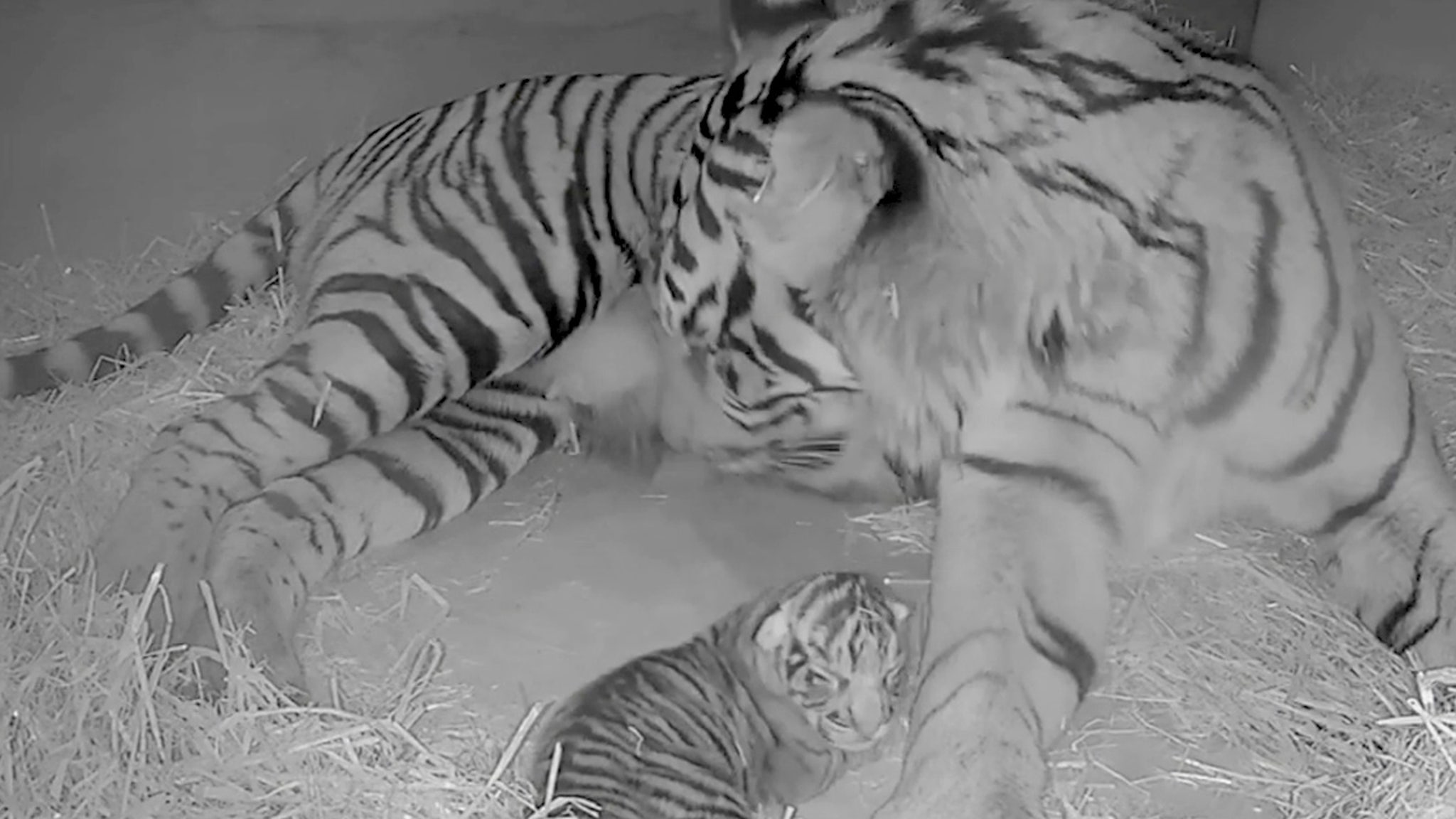 With the tragedy at the Naples Zoo, it’s heartening to know one of the rarest tigers in the world was born at the London Zoo, and to celebrate, the zoo has started a naming contest.

The baby is a Sumatran tiger … they are few and far between … an endangered species.

The cub came into the world on December 12 … and the birth was recorded on a “cubcam” in the enclosure.

You gotta watch … the cub’s mom, 10-year-old Gaysha, is seen cleaning her baby and then watching it take first steps.

There are only around 300 Sumatran tigers in the world, so this birth is a big deal.

The ZSL London Zoo wants people to throw a proposed name in the hat — from regulars at the zoo to strangers, all suggestions are welcome.

The birth announcement comes just a day after a horrific event at a zoo in Naples, Florida, where a custodian went rogue and apparently stuck his hand in a tiger’s cage, either to feed or pet the animal. The tiger, Eko, clamped onto his arm, police were called and they ended up shooting and killing the tiger.

The custodian, in his 20’s, was seriously injured.  Authorities are investigating the incident.