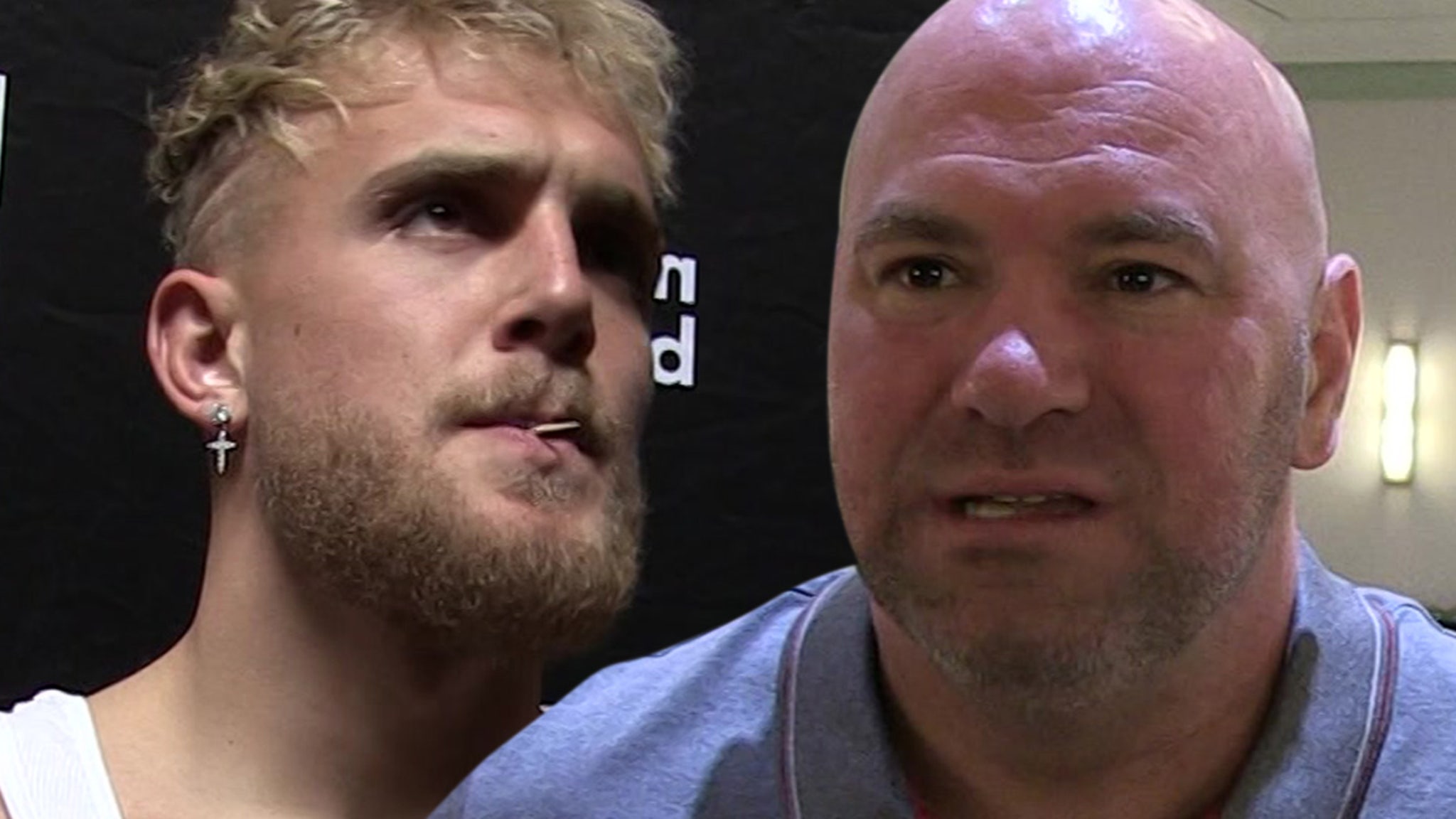 Jake Paul says he’s willing to get inside the Octagon against Jorge Masvidal — but first, he wants Dana White to do a few things … which could greatly benefit all UFC fighters.

The YouTuber just laid out his terms and conditions for a potential bout against the welterweight champ, which are directly aimed at his boss … demanding more pay for every single UFC competitor, and way more stake in the company too.

Happy new year @danawhite. Here is a real challenge for you…

I will immediately retire from boxing and fight Jorge Masvidal in the UFC if you agree to: pic.twitter.com/bJScDVITvL

In a fairly astonishing post Saturday, Jake wrote … “Happy new year @danawhite. Here is a real challenge for you… I will immediately retire from boxing and fight Jorge Masvidal in the UFC if you agree to (the following).

You can read JP’s letter for yourself, but to summarize — he’s asking fighters get a $50k minimum payout to throw blows (instead of an alleged $12k, which Jake says is the current cut), plus an even larger slice of the pie big picture … guaranteeing fighters at least 50% of all UFC annual revenue.

1. The ufc isn’t gonna let me go for chump change.
2. Make that 20 guaranteed plus Ppv and I’m sure the ufc will be ok with it as long as I break them off their fee and then I’ll gladly break your face. https://t.co/2rcWvGyBl3

He says UFC generated about a billion dollars in 2021 alone — so essentially, he’s saying $500 mil should be earmarked and divvied up among the talent themselves. Wowza.

There’s more … Jake wants Dana to provide long-term healthcare for fighters, saying ex-athletes have complained of brain damage from tussling. If Dana implements these asks by March 31, JP says he’ll retire from boxing and come on over for a 1-fight deal with JM.

As you may know, there’s been a lot of talk about a would-be fight between these two — with Masvidal himself stoking the flames and issuing a challenge, with certain caveats.

If the ufc still says no because the money is still too low then come over to the ufc, sign a 1 fight deal and we can stipulate I can only box in the cage. If i do anything other than that I will forfeit my purse to you. Come on over and get paid and laid out.

Jake ends with a plea to UFC fighters themselves … “time to take a stand and create value for yourselves and your peers. You deserve higher pay, you deserve long-term healthcare, and above all you deserve freedom.” He adds, “I am not your enemy, I am your advocate.”