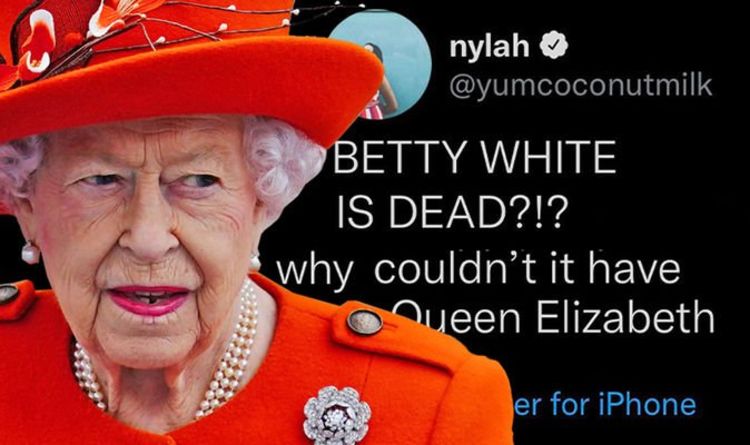 Following the death of US actress, Betty White, Nylah Burton, who has written for New Magazine and Bustle, joked she wished Her Majesty had died instead of the American TV icon. Ms Burton said: “BETTY WHITE IS DEAD!?! “Why couldn’t it have been Queen Elizabeth?”

Despite the outrage she sparked from the comment, Ms Burton then pursued with her distasteful joke.

In response, GB News presenter Dan Wootton criticised the writer for her comment.

He said: “What a revolting thing to say.

In response, Ms Burton said: “But you didn’t answer my question, Dan.

“Why not Queen Elizabeth? The universe took the wrong old white lady.”

Following the criticism for the comments, the writer then altered her account to protect her tweets.

On her bio on Bustle, Ms Burton is described as a sexual assault prevention specialist.

She is also known to facilitate community discussions that attempt to dismantle rape culture.