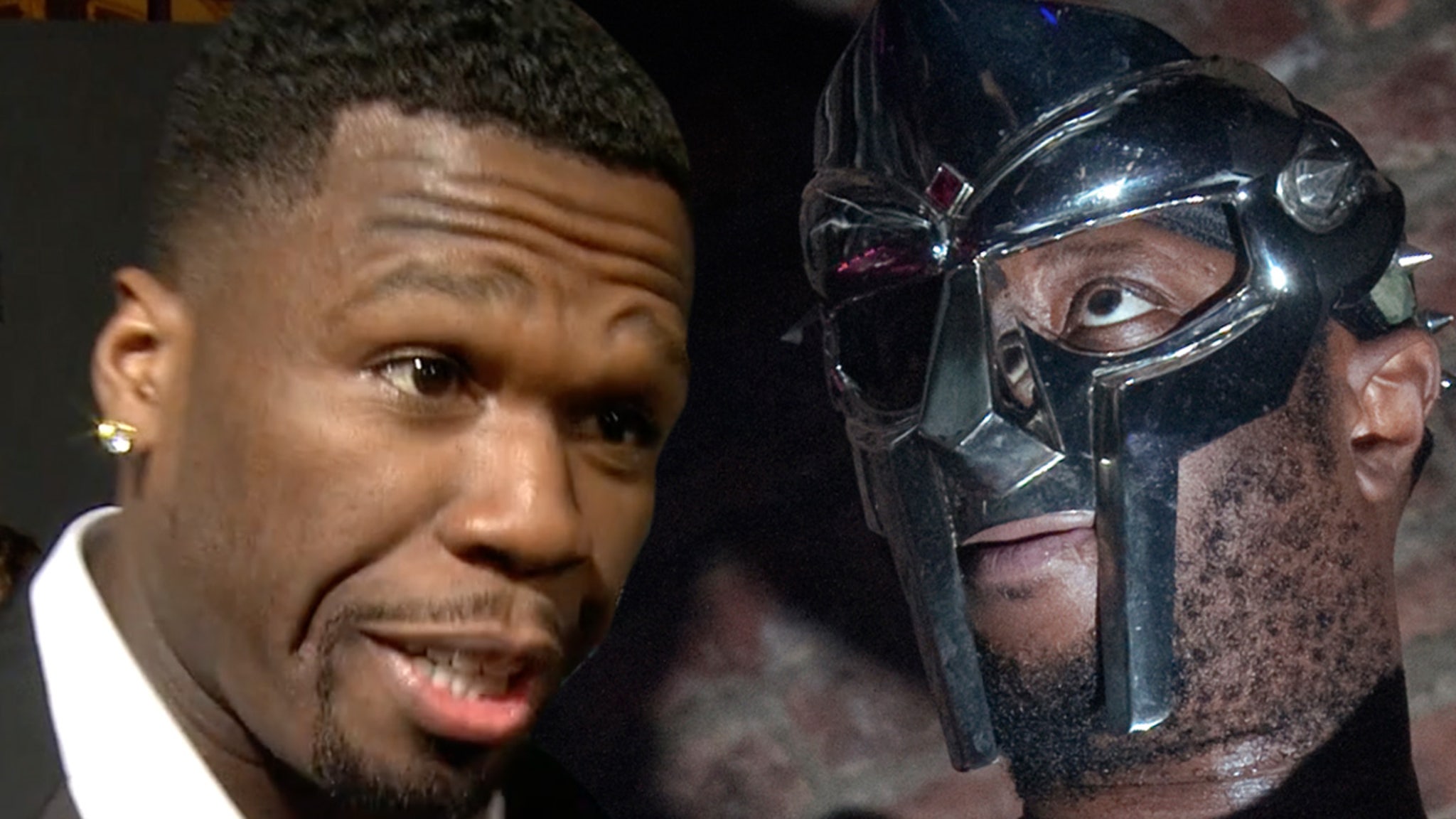 This is sure to kick up some dust among hip-hop heads — just a year after learning of MF DOOM‘s death, it would seem the internet has decided that 50 Cent is … well, greater.

You might’ve seen DOOM trending Saturday, and that’s largely ’cause it’s been 365 days since the world found out the enigmatic MC — who was legendary in the underground scene throughout the 2000s — tragically had passed away on Halloween 2020, this per his widow.

But that’s not the only reason folks were talking about him — some Twitter users appear to be fiercely debating who the better artist is between MFD and the one and only Fitty … this after somebody held a rap G.O.A.T. tournament bracket — and asked who’d beat who.

The OG poster of the bracket/poll says … “First hot take of the year: In terms of greatness: 50 cent > MF Doom.” They tweeted this in response to people being dumbfounded that 50 had overtaken DOOM in a head to head … taking 70% of the vote out of about 100 people.

First hot take of the year:

The reactions … very mixed, and very polarized. On the one hand — some simply won’t accept that 50 Cent is the better rapper between the two … noting DOOM is by far the superior lyricist, rhymer, beat selector and all-around creative if you look at ’em bar for bar.

On the other hand — it seems even more people say he actually is … on account that 50’s got waaaay more mainstream hits than DOOM — and has more name recognition. Not to mention his skills … he, too, is solid on the mic.

???? That’s a wild comparison.. lowkey I agree lyrically and creatively MF DOOM takes it but if I need some workout music or something for a party it’d be 50 cent

While hardcore fans choose sides … there’s another take that’s perhaps more nuanced. Fact is … these 2 guys are totally different stylistically, and comparing them is … weird. They’re both great in their own right, especially depending on what you might wanna listen to!

FWIW … 50 didn’t seem to respond to the news about DOOM’s passing last year (RIP, BTW), but he did respond to Eminem‘s homage to fallen legends (including MF) just earlier this year … and seemed to dig the fact he’d gotten name dropped in the tribute.

Plus, they’re both New York cats … so ya gotta figure 50 knows about DOOM. After all, the guy’s earned the title of your favorite rapper’s favorite rapper — he’s that iconic/influential.

With all that said — we gotta pose the question for those who know both of these fellas’ music well and might have something to say … does 50 Cent actually have MF DOOM’s number in a would-be Verzuz???

No casuals either … only reply if you can name 3 DOOM tracks off top. Go!!!