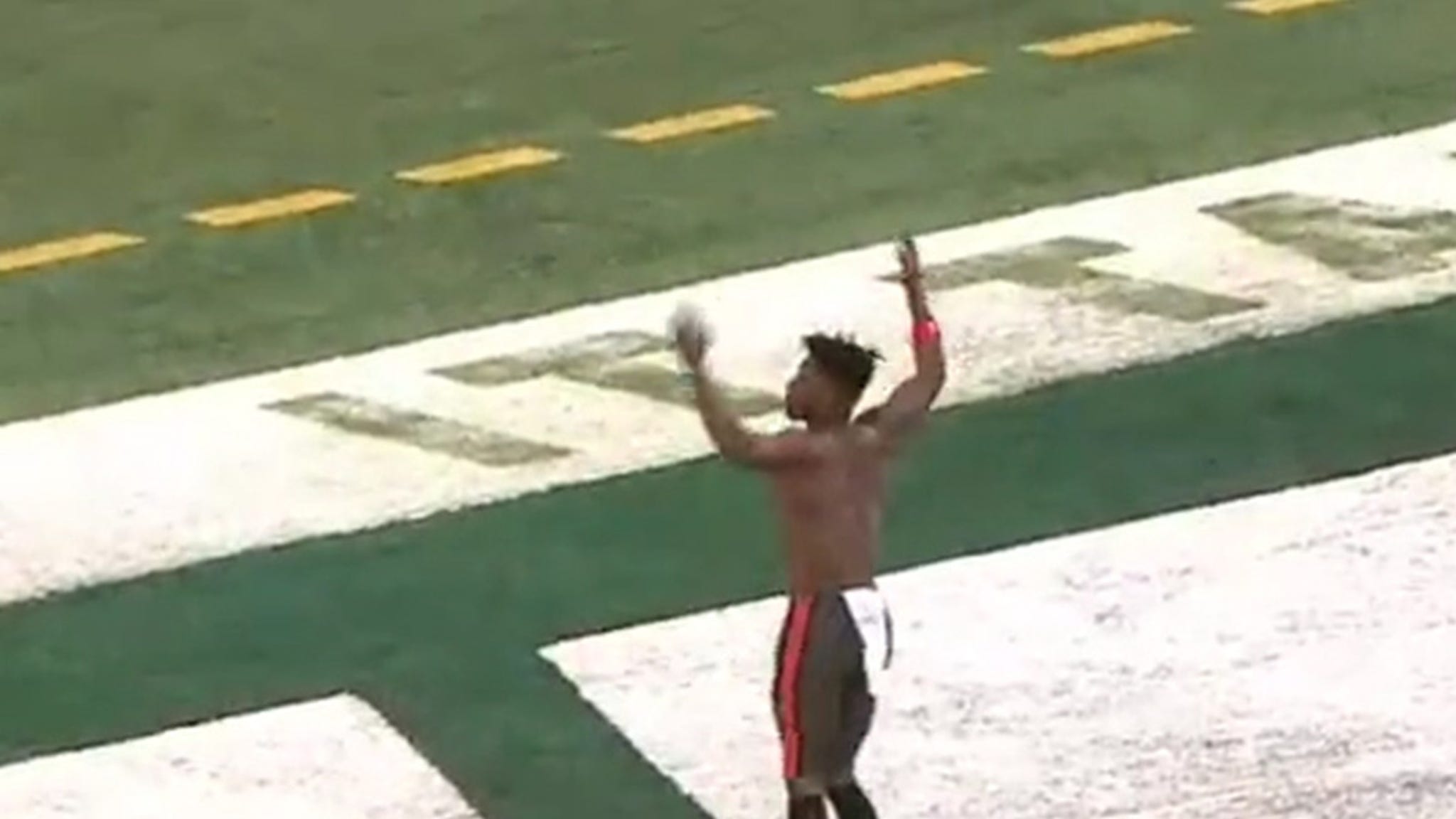 This is truly bizarre.

Antonio Brown just ripped off his jersey, ran shirtless on the field and headed for the locker room … right in the middle of the Buccaneers’ matchup against the New York Jets.

The incident happened just minutes ago … with the 33-year-old wide receiver seemingly becoming upset on the sidelines in the third quarter as the Bucs trailed the Jets, 24-17.

Here is the video from #Bucs WR Antonio Brown… leaving the field and saying goodbye. pic.twitter.com/EaR0jRqcs3

Mike Evans appeared to try calming Brown down, but his efforts were unsuccessful … as AB stripped down to just his pants and cleats and waved to the fans as he trotted through the end zone and off the field.

As it turns out, MetLife Stadium security reportedly thought AB was a streaker at first … and initially tried to stop him before realizing he was a player.

Antonio Brown has a meltdown at the hand of the #Jets and #BraxtonBerrios pic.twitter.com/RGhSYpyrOu

AB had 3 catches for 26 yards before leaving the game.

Of course, Brown missed several games this season … after the NFL said he faked his COVID-19 vaccination card.

No word from the Bucs on what happened Sunday … but this will certainly be addressed after the game.