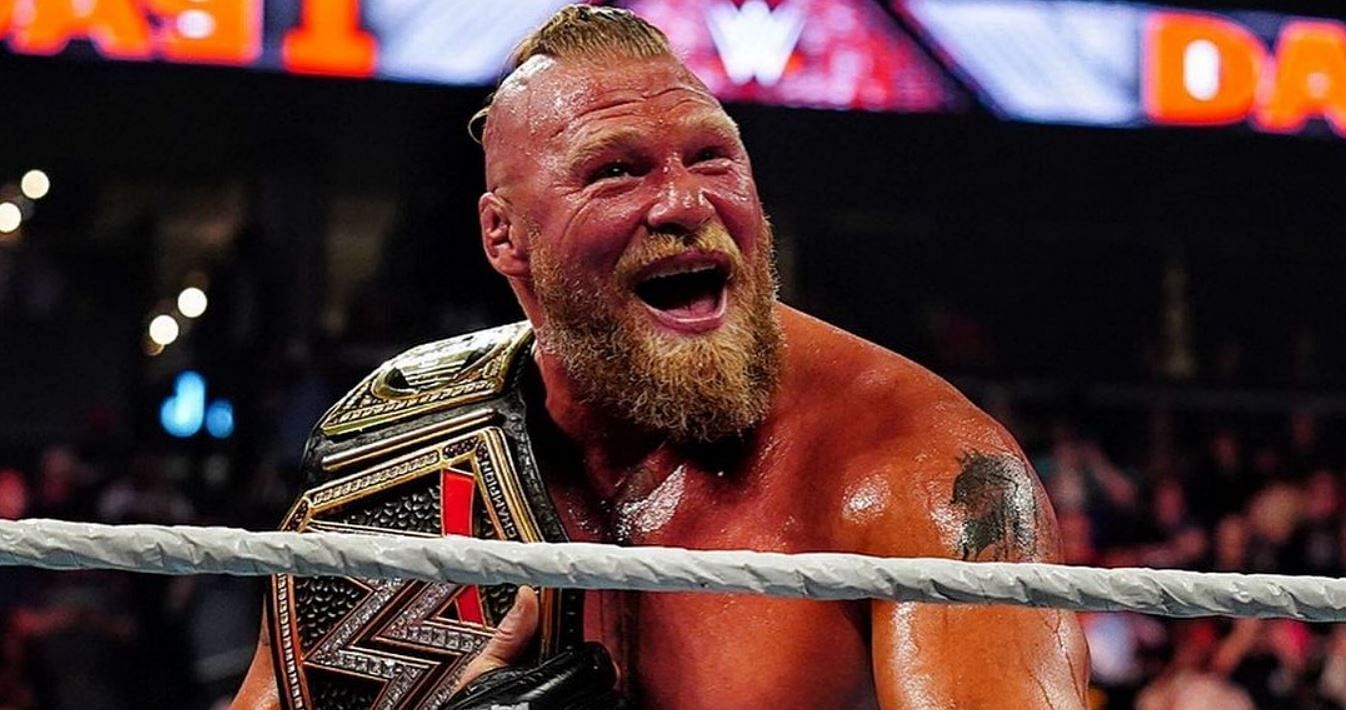 At the Day 1 pay-per-view, Brock Lesnar became the new WWE Champion. Following the event, Lesnar was spotted in public with the title.

TNT Hockey analyst Rick Tocchet took to Twitter to share a rare public appearance image of Brock Lesnar. The newly crowned WWE Champion made a surprise appearance at a hotel bar after Day 1 and posed with the WWE Championship, as well:

Lesnar was inserted into the WWE Championship match just hours before the Day 1 event. He was supposed to face Roman Reigns for the Universal Championship. However, The Tribal Chief tested positive for COVID-19 and withdrew from the show. Instead, WWE decided to put Lesnar in the WWE Title match and make it a Fatal-5 Way Match.

Brock Lesnar found himself on the back foot in the early stages of the Fatal-Five-Way Match.

At the start of the match, Seth Rollins and Kevin Owens ganged up on Lesnar. Later, The Beast Incarnate was taken out of the equation by Big E. Bobby Lashley followed it up with a spear. Lesnar, however, got back into the ring but got trapped in the Hurt Lock.

Big E had other plans in store. The now-former WWE Champion attempted to hit the Big Ending on The Beast Incarnate, who turned the tables and hit an F5 to dethrone Big E.

It will be interesting to see how WWE books Brock Lesnar. The original plans included Roman Reigns, but Lesnar’s now expected to compete on RAW going forward.

Brock Lesnar vs. Bobby Lashley might finally happen as the two behemoths crossed paths at Day 1.

Seth Rollins has had more than 1 incident with a disorderly fan. Don’t believe us? More details here