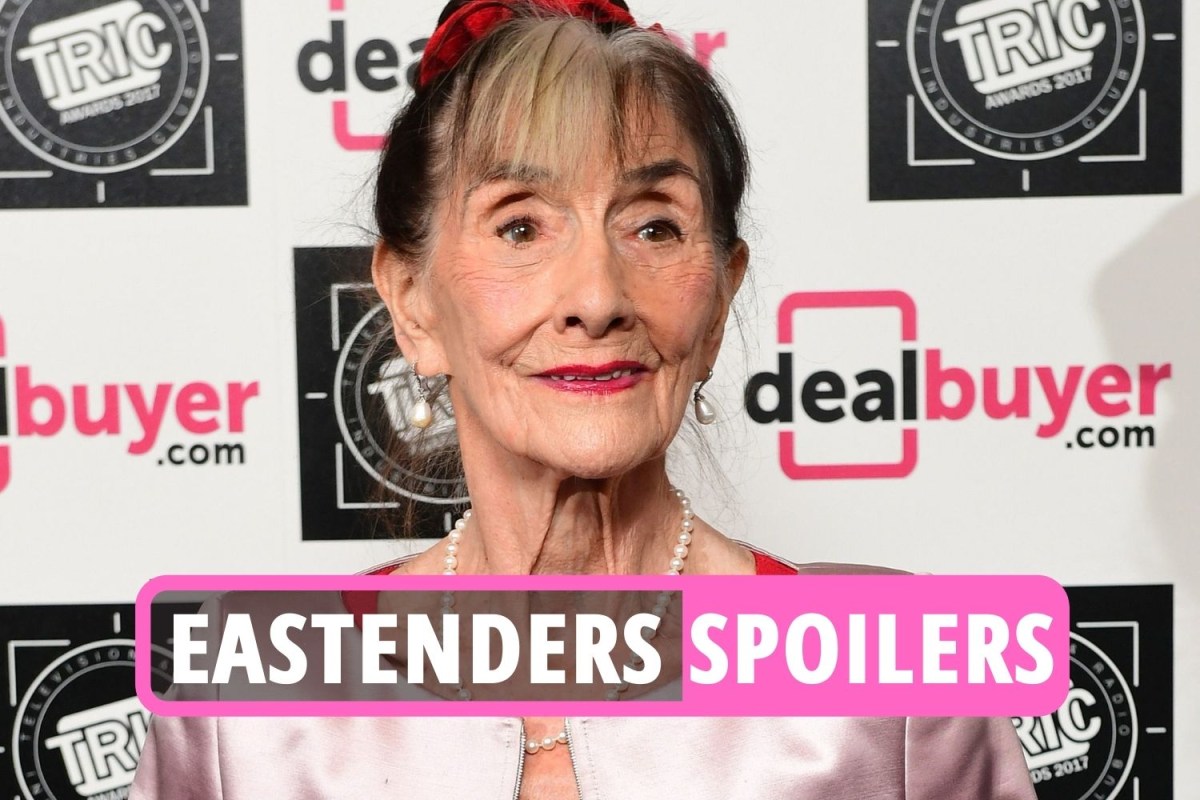 JUNE Brown, best known as chain-smoking Albert Square stalwart Dot Cotton in EastEnders, has been made an OBE in the New Year Honours.

She has been recognised for services to drama and to charity.

The veteran actress said: “Thank you for the award. It is a great honour and I would like to thank Her Majesty, and all those involved in my recommendation.”

Brown, 94, was previously made an MBE in the Queen’s Birthday Honours in 2008 for services to drama and charity.

She served in the Women’s Royal Naval Service at the end of the Second World War, and then left to train at London’s Old Vic Theatre School in Lambeth.

Before joining EastEnders in 1985, Brown appeared in a spate of TV shows including Coronation Street (1970-71), where she played Mrs Parsons, and The Duchess Of Duke Street (1976), where she starred as Mrs Leyton.

Read our soaps live blog for the latest news and gossip…