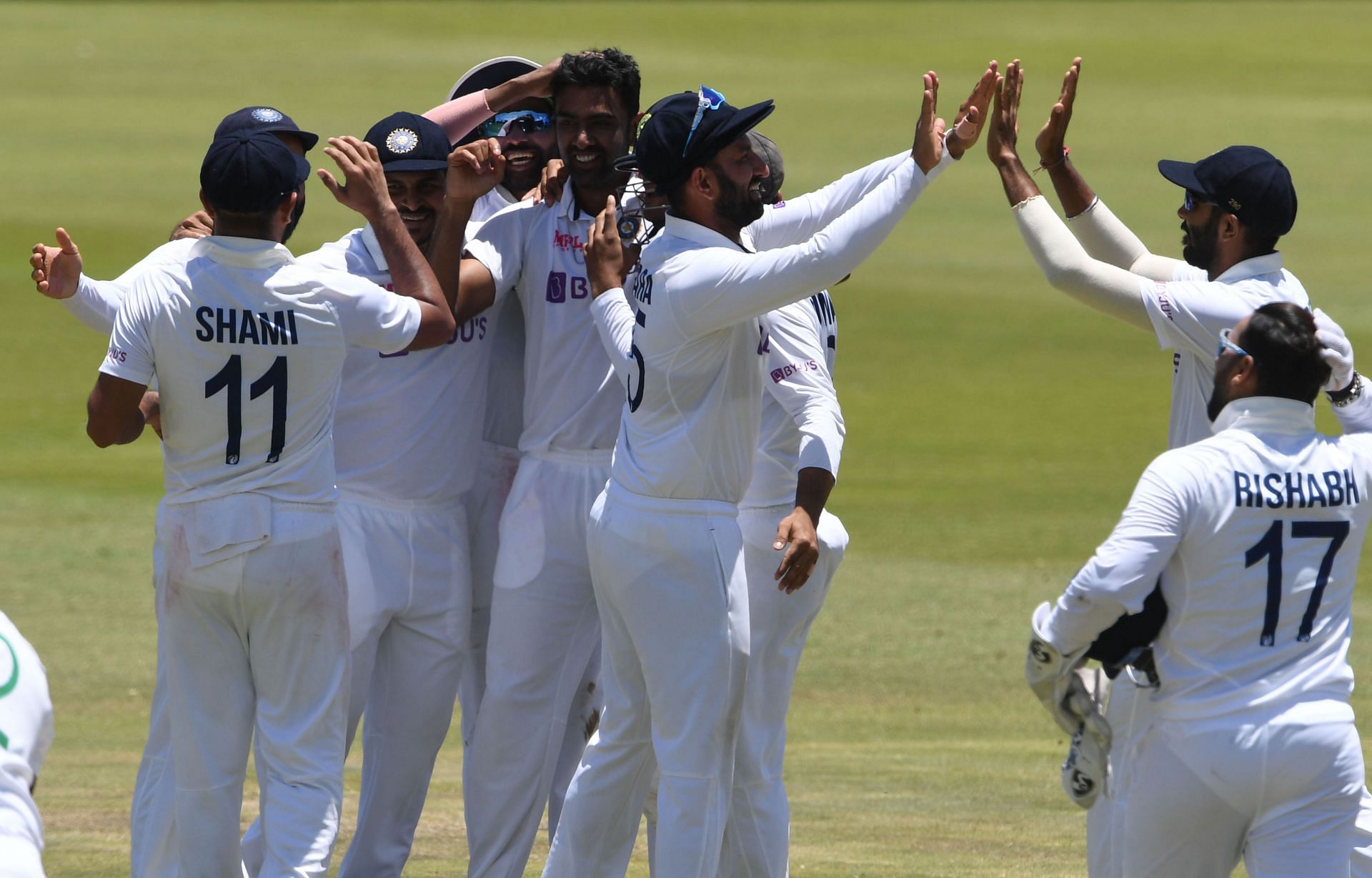 Team India head coach Rahul Dravid has stated that players should get the most credit if India are able to win their maiden Test series in South Africa. Downplaying his role, Dravid said his job is just to support the team.

India have a great opportunity to register their first ever Test series triumph in South Africa, following their 113-run win in the first of the three games. The second Test of the series begins in Johannesburg on Monday.

At a pre-match conference, Dravid was asked what it would mean for him to win a Test series as coach in South Africa. He had earlier led India to their first ever Test match win in South Africa – Johannesburg 2006-07. The current head coach said:

“It is very different as a player and a captain, having led the team here in 2006-07. It was a lovely memory as well. But, as a coach, my role is to support and help the team and it is really their success. I guess there will be some satisfaction if we are able to do that, from a coaching perspective. But, a large part (of credit) for that success should go to the players. They are the ones who do the tough job, they are the ones who play in the middle. Our job is just to support them.”

Dravid, however, admitted that it wouldn’t be an easy task and stated that he expected South Africa to come back hard. The 48-year-old added:

“It would mean a lot for the group of guys to be able to win a Test match here. But we are going to have to work very hard over the next five days. I expect South Africa to bounce back as they usually do.”

It was in Johannesburg that Dravid scored his first Test century back in 1997. Asked to share his memories of the Test, the legend admitted the match was personally satisfying. He, however, lamented the fact that rain prevented India from winning the contest. Dravid recalled:

“I remember it raining and us not being able to win the game. It was really nice personally to score that first Test hundred. In some ways you feel that you belong when you achieve it at that level. It was a really nice feeling and (it came) against a really good South African team, being 2-0 down in that series. In a lot of ways, it set me up and gave me the confidence for the rest of my career.”

Wall Of India Rahul Dravid scored his 1st ever century in tests #ONTHISDAY 17-01-1997. He scored 148 vs South Africa 3rd Test @ Johannesburg. This was a close test Match & Ind on their way to win but Daryll Cullinan & Lance Klusener Stand & some rain Help SAF to save the Test.

Wall Of India Rahul Dravid scored his 1st ever century in tests #ONTHISDAY 17-01-1997. He scored 148 vs South Africa 3rd Test @ Johannesburg. This was a close test Match & Ind on their way to win but Daryll Cullinan & Lance Klusener Stand & some rain Help SAF to save the Test. https://t.co/iny1dW02nk

“There was rain on days 4 and 5 and we just didn’t have enough overs to win a Test match, which we probably deserved. People like Srinath didn’t have the kind of depth of attack that we have now. But we still came pretty close to winning that Test match.”

Johannesburg has been a happy hunting ground for India. The visitors have played five Tests at the Wanderers and have never tasted defeat in any of them, winning two and drawing three.

Asked about India’s brilliant record at the venue, Dravid admitted that it was a mystery of sorts. He, however, hoped India could continue their good run at the venue. The head coach commented:

“Yeah, it’s a tough one (on India’s unbeaten record). We have done well right through the time when even I played here. For some reason, the boys have always enjoyed playing at the Wanderers. It’s a quicker pitch but maybe the bounce is not as much as it has been in the past in Centurion. I can’t exactly put a finger on the reason. Maybe it is a familiarity with the city, the ground. For some reason, we have done well. It is hard to figure out why but we hope we can continue that.”

Dravid concluded while speaking about playing in Johannesburg:

“It is a challenging wicket. One of the things you do know when you go into a game at The Wanderers is, generally, the weather holds over five days. You expect to get a result there. That’s an exciting part of being in these kind of contests.”

India defeated South Africa by 63 runs the last time the sides met during the 2017-18 series.