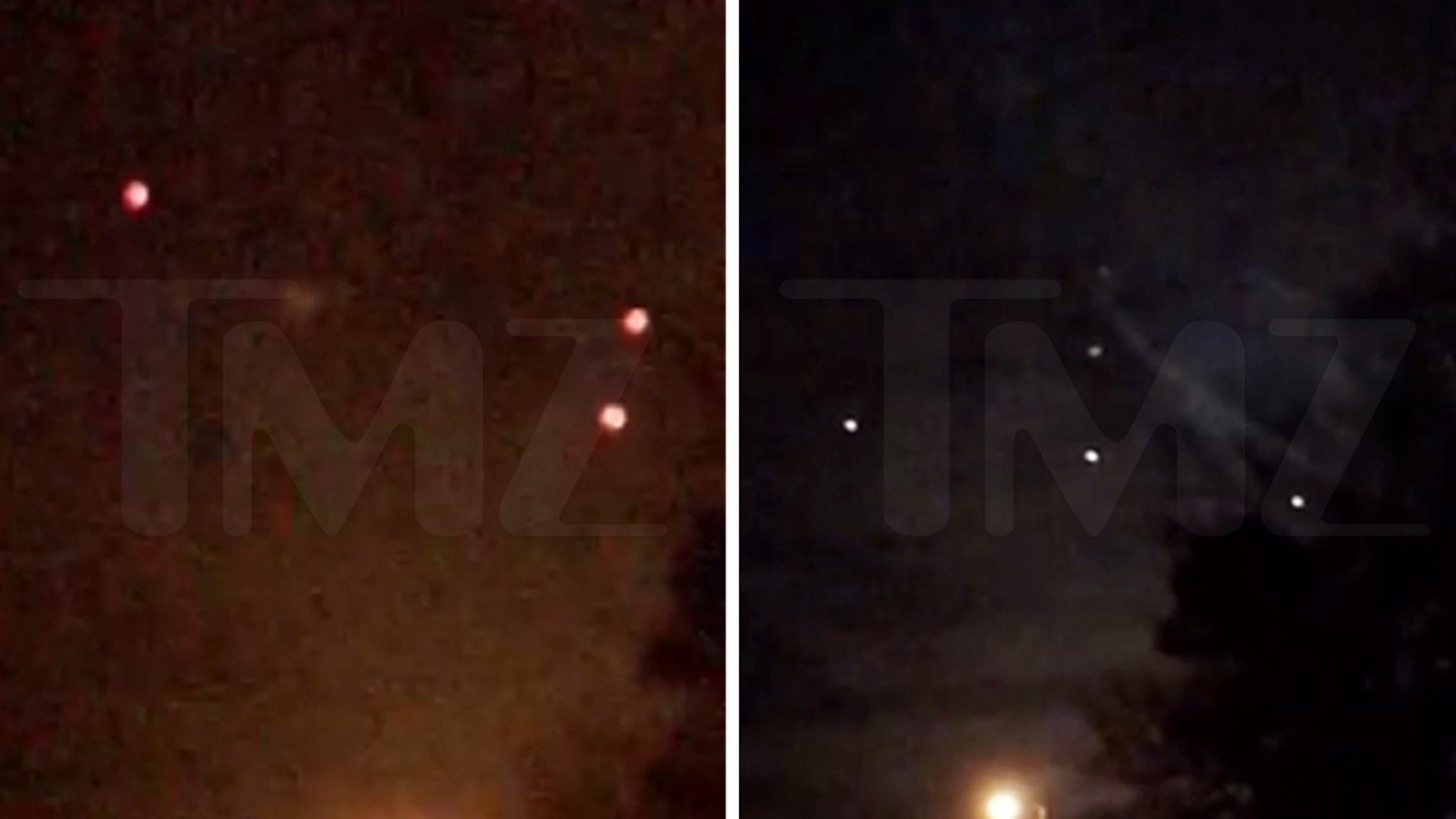 There was something strange appearing in the sky over Tennessee … and it prompted an eyewitness’ super funny reaction to the prospect of UFOs.

Check out this wild, hilarious video obtained by TMZ, which appears to show multiple lights in different formations high above Memphis.

We’re told this was shot a couple days ago, on Dec. 27, in the evening … and you can see the lights forming a line and a triangle.

It’s unclear what we’re seeing here, but they don’t appear to be planes … and it’s the latest in a string of unidentified objects being spotted in our skies.

Earlier this month, we obtained video of a swarm of lights darting around the airspace above Chino Hills, CA … looking like giants orbs in the heavens.

And, there was also the pilot who recorded what appeared to be a fleet of UFOs over the Pacific.

The Dept. of Defense is launching a new UFO task force … and it would be hilarious if this Memphis eyewitness narrated all their evidence.