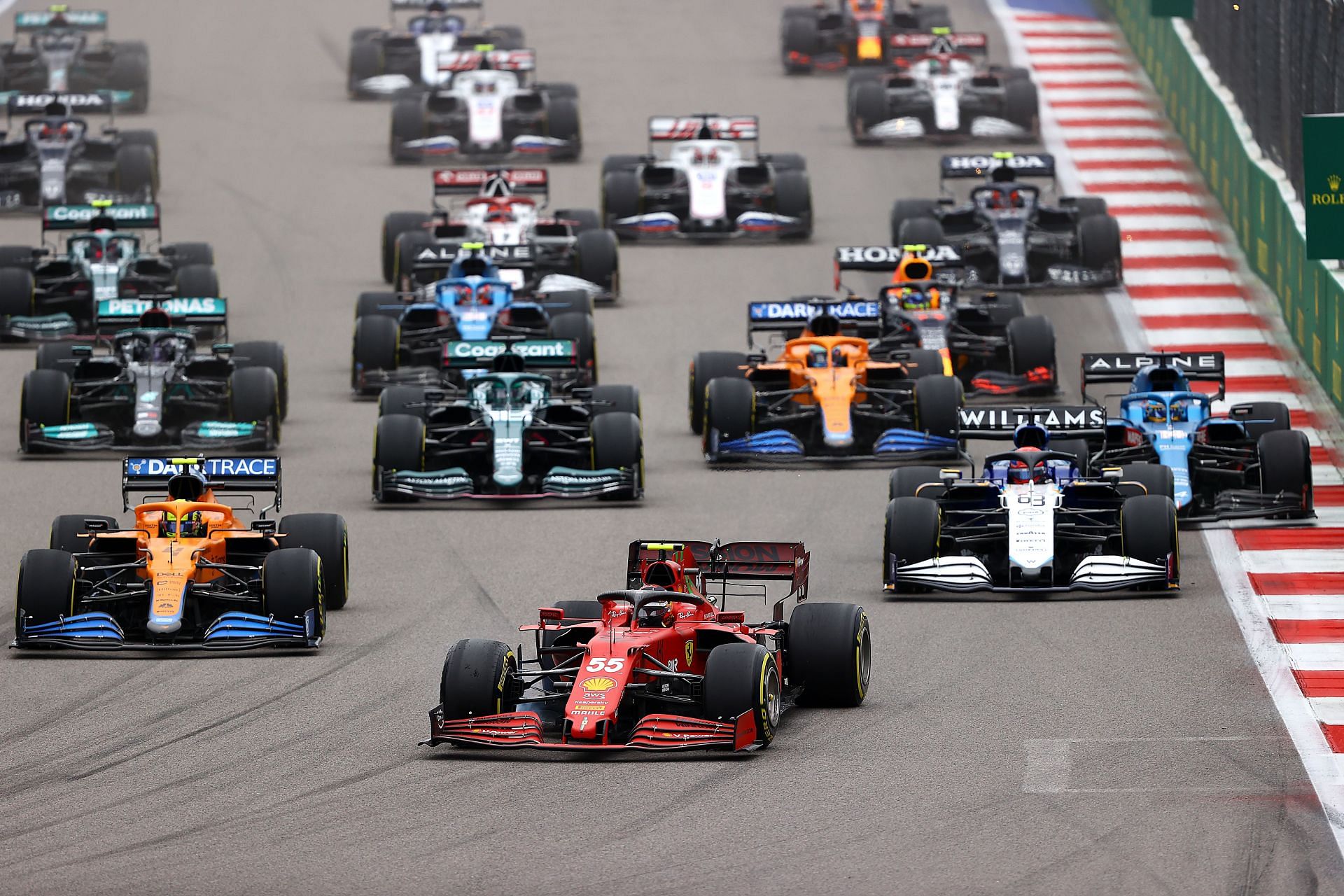 An upgrade to Ferrari’s hybrid system brought by the team at the 2021 Russian Grand Prix reportedly helped them gain nearly 0.15 seconds per lap, further closing the gap to rivals.

Speaking about performance differences between teams in the midfield in an interview with Auto Motor und Sport, Ferrari’s racing director Laurent Mekies said:

“In our category, in particular, it was extremely tight. Every tenth counted.”

The upgrade reportedly helped the Scuderia claw back a significant chunk of their deficit to Honda and Mercedes, especially in race trim. The power unit reportedly generated more electric power over longer periods, while going into charging mode later than any other PU on the grid.

Furthermore, Mekies has revealed that the upgrade helped the team set up the car better. The team made fewer compromises with the set-up, giving drivers more freedom to explore.

A disastrous 2020 season saw the Italian constructor suffering from drag issues. The team was forced to set up the car with low downforce wings in an effort to claw back some straight-line speed, sacrificing downforce in the corners in the process.

How Ferrari overhauled McLaren to P3 in constructors’

During the first half of the 2021 season, McLaren were easily the third-best team on the grid. At the Italian Grand Prix in Monza, they became the only team to score a 1-2 finish this season, scoring a whopping 45 points across the weekend.

Meanwhile, their rivals Ferrari, in what was their home race, could only manage less than that. With just eight races remaining, McLaren seemed to have the upper hand over their Italian rivals.

At the next race in Sochi, the Maranello-based team brought an upgrade to their power unit. Regardless, McLaren took pole with Lando Norris and almost won the race, if not for a late shower wrecking their chances.

At the following race in Istanbul, however, the Italian power unit came into its own. The Prancing Horses was one of the fastest teams on the speed trap and easily outraced McLaren to half the deficit in the championship.

Over the next six races, McLaren had no answer to Ferrari’s pace, especially in the race trim. While Charles Leclerc and Carlos Sainz went on to finish in the points in almost every race since in the final part of the season, McLaren often struggled to get their cars into Q3, leading to miserable races.

Here’s the radio as Sainz gets across the line.

He’s a smooth operator. You can hear the excitement in his voice for P5 in the championship, P3 for the race, and top dog in the Ferrari paddock. #essereFerrari

Here’s the radio as Sainz gets across the line. He’s a smooth operator. You can hear the excitement in his voice for P5 in the championship, P3 for the race, and top dog in the Ferrari paddock. #essereFerrari https://t.co/5wAu1NdDcs

As a result, within three races after bringing an upgrade to their power unit, Ferrari easily overhauled McLaren to P3 in the constructors’ championship. The latter never managed to recover by the end of the season.