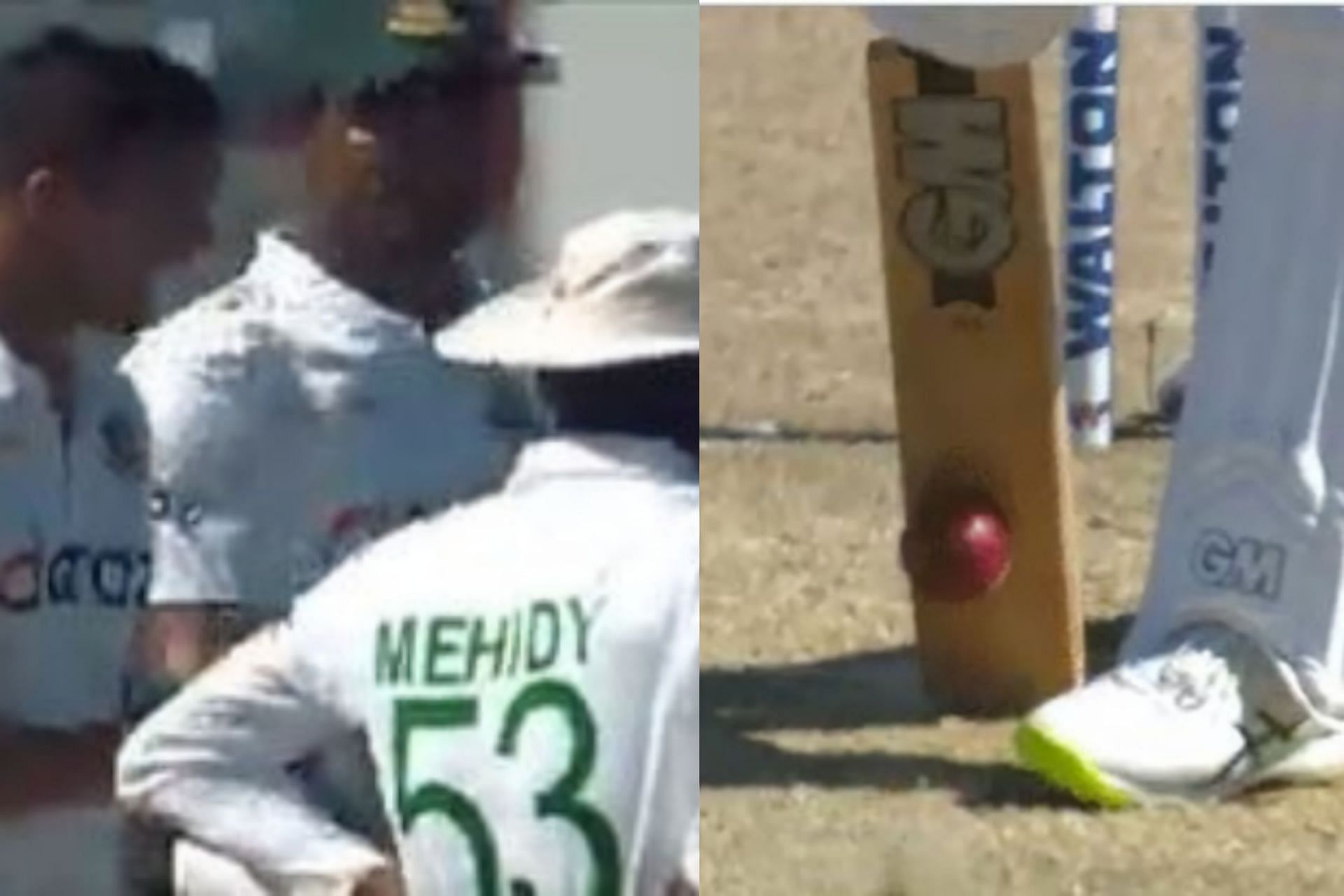 Bangladesh have exceeded expectations by cornering New Zealand in their own backyard in the first Test of the series. While the visitors have played quality cricket across four days, their DRS calls can be termed questionable.

In the 37th over of New Zealand’s second innings, Taskin Ahmed bowled a full delivery to Ross Taylor. After the batter fended the ball off, the Bangladesh players appealed for LBW in full unison. With only seconds remaining on the DRS timer, skipper Mominul Haque opted to send the not-out decision upstairs, with the final review they had in their grasp.

Replays showed that the ball had hit right in the middle of the bat and was nowhere even close to the pad. As a result, Bangladesh lost their final review and have none in hand for the remainder of the innings. Watch the incident right below:

Bangladesh are doing so well this Test, but there should be some sort of penalty runs for this 😂

Bangladesh are doing so well this Test, but there should be some sort of penalty runs for this 😂https://t.co/cc1gBUau4c

This does not mark the first instance that Bangladesh has chosen to review such cases. In a one-off Test against India in 2017, then skipper Mushfiqur Rahim chose to use DRS to overturn an LBW call that had hit the middle of Virat Kohli’s bat.

Bangladesh on the cusp of history at Mount Maunganui

Led by Mominul Haque, Bangladesh have played exemplary cricket in the first Test of 2022. At stumps on Day 4, New Zealand have a lead of 17 runs with 5 wickets in hand.

The visitors had amassed a lead of 130 runs in their first innings courtesy of stellar knocks by Mominul Haque and Liton Das. The Bangladesh batting unit played 176.2 overs against New Zealand’s frontline bowling attack.

Bangladesh have never recorded a Test win in New Zealand and have made their case heading into the final day. The hosts were comfortable at 136-2, with only a few overs remaining to close out the day. Ebadot Hossain, however, took three wickets in quick succession to leave New Zealand tottering at 147-5 at stumps on Day 4.