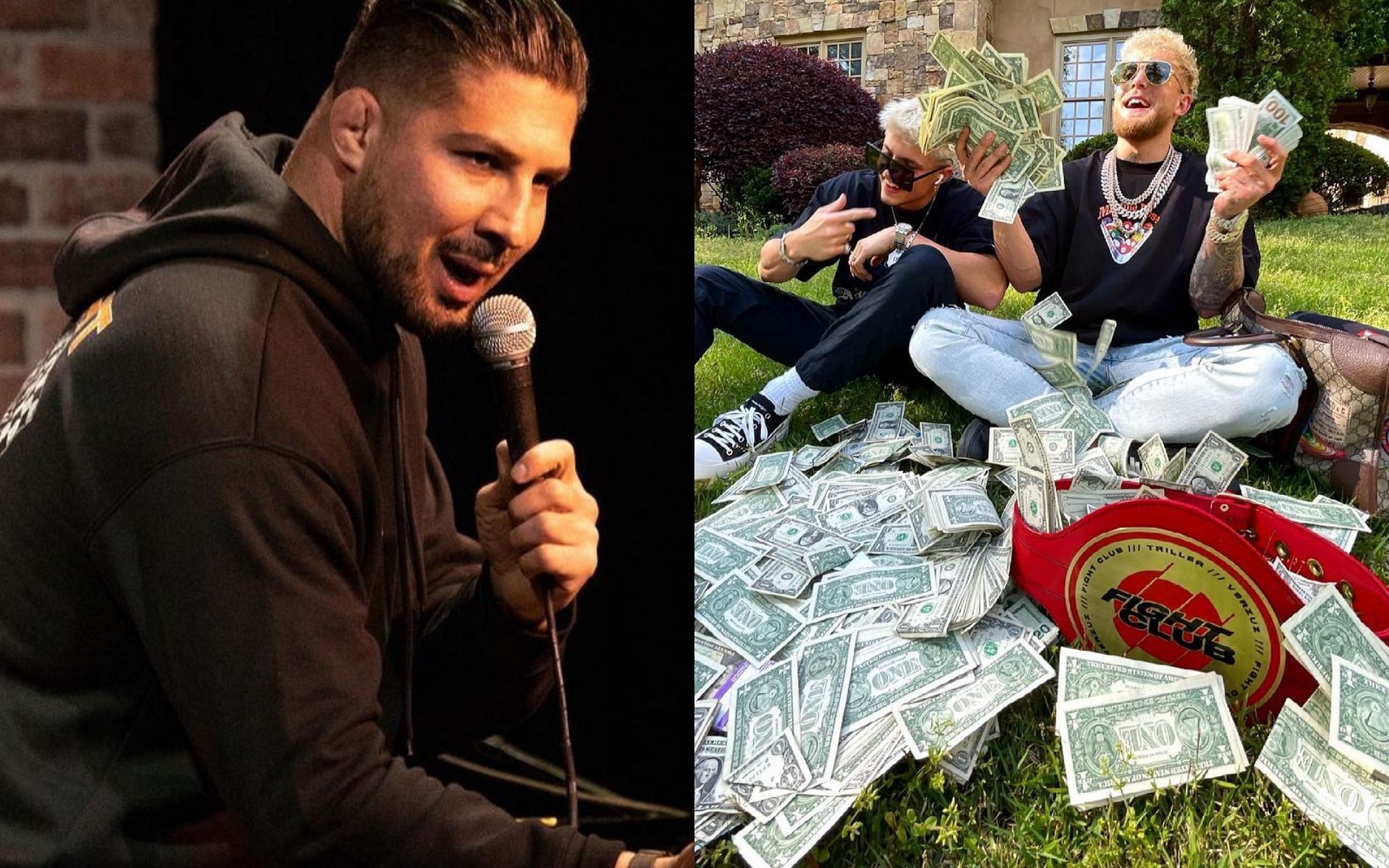 Brendan Schaub has given his take on Jake Paul’s overwhelming influence in the fighting community.

The former UFC heavyweight believes the enormous paychecks that celebrity boxers and YouTube stars are getting in the ring is creating resentment among the UFC ranks.

Jake Paul has made an exorbitant amount of money during his ongoing boxing career. During a recent episode of The Schaub Show, ‘Big Brown’ asserted that Paul’s success is building a growing hatred within the UFC roster towards the promotion.

“I do think these UFC guys are becoming a little more aware of what boxers are making, what guys like Jake Paul are making. It’s creating resentment for big names in the UFC because they’re like, ‘Hold up, dude, I am 10 times the f*****g fighter that kid is. He’s making how much?’ So these guys are willing to battle the UFC.”

Watch the full podcast episode below:

‘The Problem Child’ currently has an ongoing feud with Dana White. The UFC president has not responded to Paul’s recent challenge, in which the 24-year-old championed for better fighter pay and benefits in the UFC.

‘Big Brown’ believes the feud between White and the Cleveland native has only made Jake Paul’s infamy bigger.

Jake Paul has a high net worth of $50 million, much more than many of the big names that have graced the UFC octagon. Comparing the 24-year-old’s net worth to other MMA big names, such as Anderson Silva and Kamaru Usman, shows a glaring disparity.

Both Silva and Usman are seen as two of the most dominant champions to have ever competed in the UFC. However, both fighters have a combined net worth of just $11 million, according to celebritynetworth.com. ‘The Spider’ is worth $8 million, while ‘The Nigerian Nightmare’ boasts a $3 million net worth.

Jake Paul’s high net-worth even beats that of Khabib Nurmagomedov, who has a net worth of $40 million. The only big-name UFC star to beat Jake Paul’s net worth is Conor McGregor, who is worth a massive $180 million.