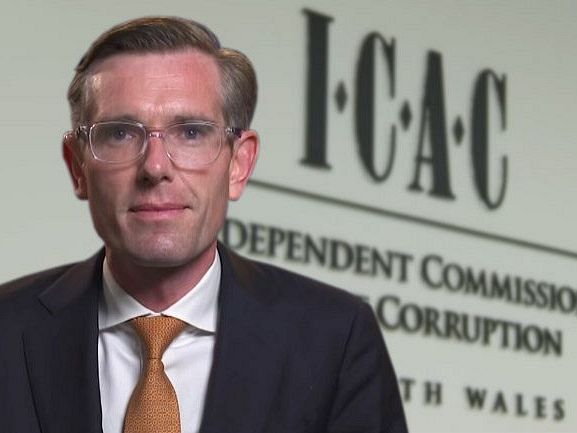 The gun club grant scandal led to the September resignation of Gladys Berejiklian but this exclusive October investigation by Anthony Klan – read by over 80,000 people – revealed the fiasco may well claim the scalp of another NSW premier.

NSW Premier Dominic Perrottet as Treasurer was responsible for the $5.5 million Wagga Wagga gun club grant, which was green-stamped despite it being “unusual” and the NSW Office of Sport not wanting “any involvement” in the project, according to internal Government emails.

Documents from a cache released by the NSW Independent Commission Against Corruption (ICAC) show that just weeks before the grant was awarded to the private Wagga Wagga gun club in August 2017, NSW Government staff were concerned about the grant process — which needed to go to the Treasurer for approval.

‘We need to ensure that the funding goes to public infrastructure, not to private assets on private land,’ wrote Jenny Davis of Infrastructure NSW.

Our recommendation doesn’t need to go back to ERC, but it does need the Treasurer to approve it…’

The $5.5 million grant, which is at the heart of ICAC’s investigations, was approved just weeks later, in August 2017.

Perrottet was NSW Treasurer at the time, having been appointed in January 2017.

The grant was for a new clubhouse and 1,000-person convention centre at the Wagga Wagga, NSW premises of the Australian Clay Target Association.

The club allows entry to members of the public but is a private entity and is situated on land that it privately owns.

Perrottet has so far avoided the fallout from the gun club scandal and has not been accused by ICAC of any wrongdoing.

Perrottet’s office did not respond to a series of written questions put to the Premier at midday Tuesday.

The latest revelations suggest the new NSW Premier may be called to give evidence before ICAC’s public hearings, which started this week and are expected to run for two weeks.

The $5.5 million grant was made through the Restart NSW Fund.

Under the Restart NSW Fund Act (2011), Infrastructure NSW is ‘responsible for providing independent funding recommendations to the NSW Government’ on ‘all infrastructure projects to be funded from Restart NSW’.

NSW Government documents state: ‘Infrastructure NSW administers the funding deed process for these projects on behalf of the Treasurer.’

The revelations come a week after Perrottet said he was open to changing the law to remove “weaknesses” in ICAC.

“It is always a good part of public policy that aspects of government are reviewed and looked at and if there are ways in which things can be improved then they should,” the NSW Premier was quoted as saying in a page-one article published in The Australian newspaper.

The July 2017 Davis email says the NSW Office of Sport wanted ‘no involvement’ in the gun club funding.

The NSW Department of Sport was the proponent listed on the document which went to the NSW Cabinet Expenditure Review Committee in December 2016.

The Treasurer of the day is responsible for overseeing the Expenditure Review Committee and in December 2016, the NSW Treasurer was Gladys Berejiklian.

Berejiklian is under investigation by ICAC, including regarding whether she breached “public trust”.

In October last year, it emerged Berejiklian had for several years been in a secret relationship with then Wagga Wagga MP Daryl Maguire, including at the time the gun club grant was approved.

Berejiklian has previously denied any wrongdoing.

Toohey, the director of the NSW Office of Sport, appeared before the ICAC public hearings and said of the grant, in relation to the Berejiklian-Maguire relationship:

“I can’t see how that’s anything but a conflict of interest.”

Documents released by ICAC show there were also concerns within NSW Treasury regarding the $5.5 million grant.

Lejins was asking for information regarding the “competitive process” being run in relation to the gun club facility.

The email was addressed to Davis, of NSW Infrastructure and Toohey, of the NSW Office of Sport.

‘Could you provide any more information on the competitive process being run to fix the cost of the facilities at Wagga?

This was a condition precedent set by ERC to any Restart funding being approved.

If under way, when is it likely to be concluded?’

This is the Davis email referred to above.

‘This project is unusual,’ Davis wrote:

‘The Deputy Premiers Office [is] being contacted daily by the Club who [is] ready to go to tender and nervous about going to market without a funding agreement.’

The NSW Office of Sport wanted no involvement in the funding.

‘If it is to be a normal Restart Deed, which seems best, there are three changes to make.’

The first is for the money to be an ‘allocation to the sports association [the gun club]’ directly, rather than to the NSW Office of Sport.

The second is to ‘satisfy the other prerequisites in the December 2016 Expenditure Review Committee minute ‘about the competitive process to determine the cost’.

This ‘would have been [an] Office of Sport responsibility’, however, they had said they wanted no involvement in the grant.

‘Normally we would put [the] funding deed in place before a competitive tender and could advise the Treasurer that the process is being overseen and funding won’t flow until after the tender and won’t exceed actual costs.’

Regarding the third “change” Davis wrote:

‘We need to ensure that the funding goes to public infrastructure, not private assets on private land.

This would have been [an] Office of Sport responsibility.’

Anthony Klan is an investigative journalist and editor of The Klaxon. You can follow him on Twitter @Anthony_Klan. This article was originally published on The Klaxon and has been republished with permission.