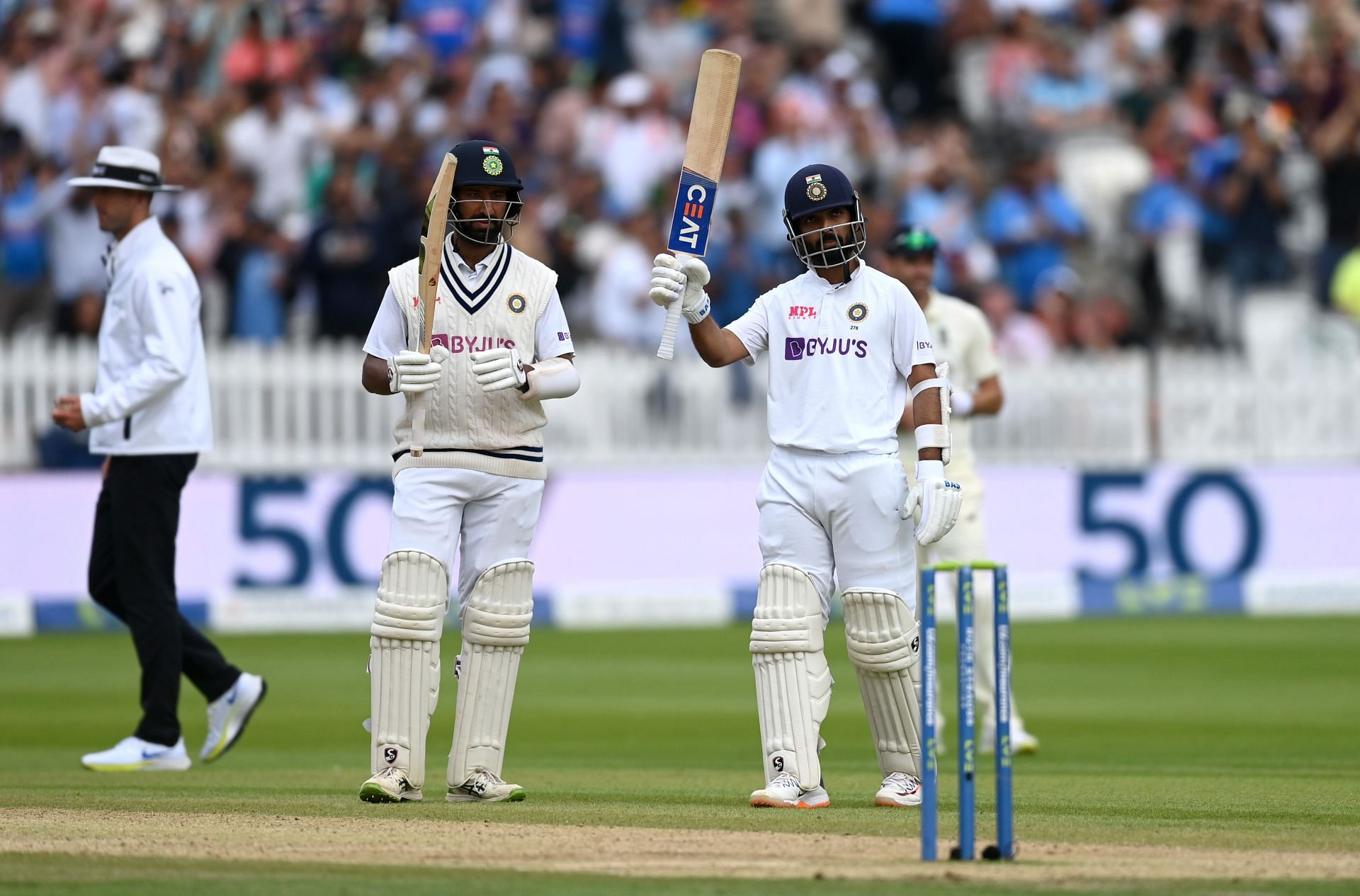 Former India cricketer Nikhil Chopra expects to see a change in the middle-order after another poor outing by the batting unit’s backbone. Cheteshwar Pujara and Ajinkya Rahane collectively scored 4 runs on Day 1 of the second Test against South Africa in Johannesburg.

Cheteshwar Pujara struggled during his time at the crease and was dismissed for 3. Rahane, on the other hand, departed for a first-ball duck after coming into bat at No.4 in the absence of Virat Kohli. Chopra feels that it would be difficult to keep the under-performing duo in the playing XI for the final Test.

While speaking on the Khelneeti podcast on YouTube, Chopra said:

“I don’t think the deliveries that dismissed Pujara and Rahane were wicket-taking deliveries. I would be surprised if Pujara and Rahane both feature in the third Test. Or one of them could make way for Kohli. If the series is secured, the last Test would be a good opportunity to play both Vihari and Iyer and groom them.”

Hanuma Vihari came in as a replacement for Virat Kohli in the ongoing second Test. He was resolute at the crease, but was dismissed for 20. Shreyas Iyer was not in contention due to a stomach bug.

Chopra also shed light on the poor shot selection by the Indian batters. Several players failed to judge or counter the bounce, resulting in a lot of soft dismissals. Chopra added:

“Out of the first 5 wickets, four came from back of a length delivery. The shot selection was poor. The batters were confused over leaving or playing those deliveries. It is easy to say from here, but it is difficult to bat accordingly on South African pitches on Day 1. As an international player, you can understand when a bowler is in rhythm, and if you see off that spell, you can target the other bowlers.” Chopra explained

KL Rahul was the top scorer for the Indian team in the first innings. The stand-in skipper scored a half-century before perishing to an ill-timed hook shot in the second session.

The bowlers got plenty of help from the Wanderers wicket in terms of movement and bounce. Chopra believes batting on this surface will be a tougher task as the days unfold. The 48-year-old added:

“It will be difficult to bat as the match progresses. The pitch is usually soft, to begin with, and the ball usually leaves dents on the surface, these then tend to become hard under the exposure of the sun. When the ball lands on these dried dents, it tends to take off in any direction. So, the decision to bat first was the right one.”

The Indian bowlers bowled with all their heart in the third session, but could only scalp one wicket. Run scoring has not been easy with only 237 runs coming from the first day’s play along with the fall of 11 wickets.