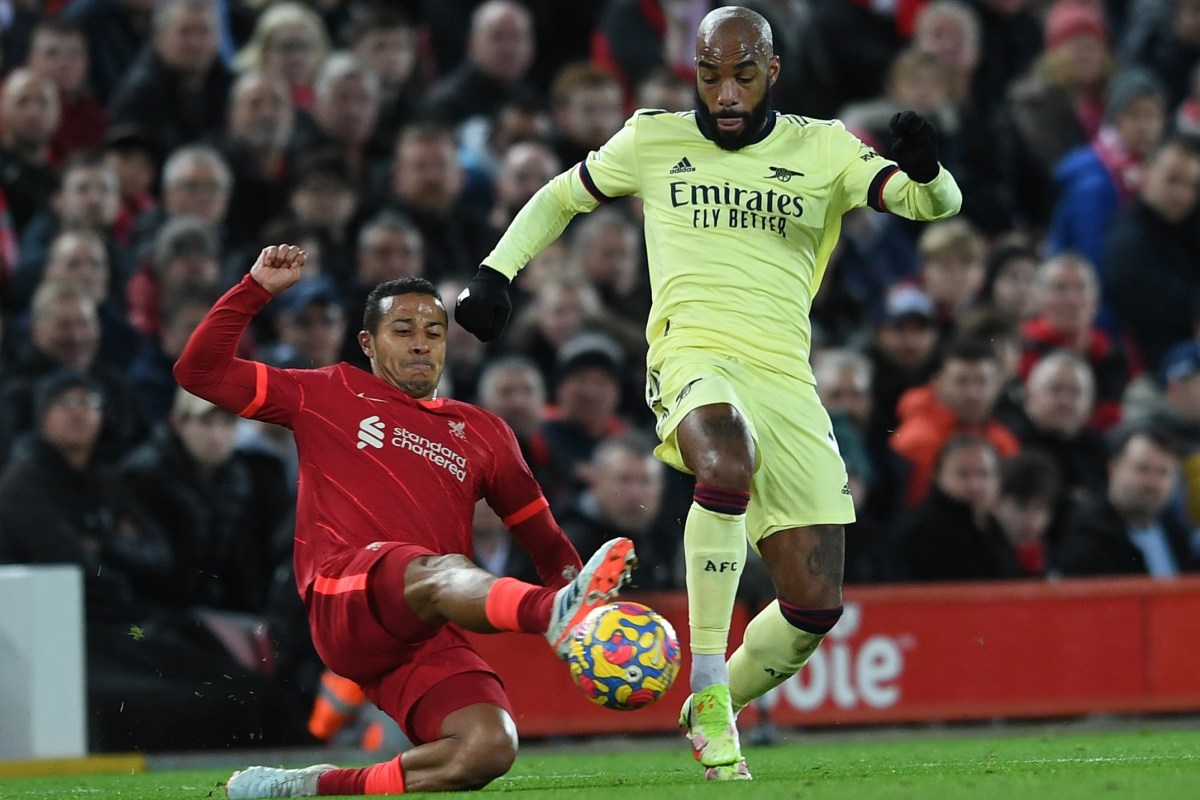 If the EFL agree to their request, then Sunday’s FA Cup third-round visit of Shrewsbury will almost certainly have to be called off as well.

With Jurgen Klopp still isolating as many as 14 new cases are understood to have emerged within the club yesterday.

Training that had been scheduled for 4.00pm was cancelled and the plea to call off the semi final first leg was officially made last night.

A statement read: “The Reds have formally requested to the EFL that the fixture is rescheduled after further suspected positive tests were registered among players and staff, allied to other factors impacting selection, including illness and injury.

“Among the considerations which led to today’s application to the EFL is the need for travelling supporters to be given as much notice as possible of any potential postponement.

“With no prospect of the current situation improving ahead of Thursday’s fixture and the potential for it to worsen, the club considers it both prudent and reasonable to ask for the fixture to be rescheduled.”

The EFL said the request would be ‘considered in accordance with the competition rules as set out at the start of the season alongside information submitted by the club.’

Joining him were Alisson, Joel Matip and Roberto Firmino who has suffered the same fate.

Before Christmas, Virgil Van Dijk, Fabinho and Curtis Jones were also forced out by the virus.

Klopp, still conducting operations while isolating and who had only mild symptoms of coronavirus, was already well down on first-team squad numbers should the EFL Cup game survive.

Mo Salah, Naby Keita and Sadio Mane have joined their respective countries on AFCON duty following the meeting with Chelsea.

Thiago Alcantara is suffering from a troublesome thigh injury.

Meanwhile, Alisson, Matip and Firmino would automatically be unavailable for the Arsenal game having tested positive with their manager.

Liverpool had believed they had fared better than most clubs in keeping down the number of positive cases within the Kop camp.

Now they have been hit by what is the biggest outbreak of coronavirus within the club so far.