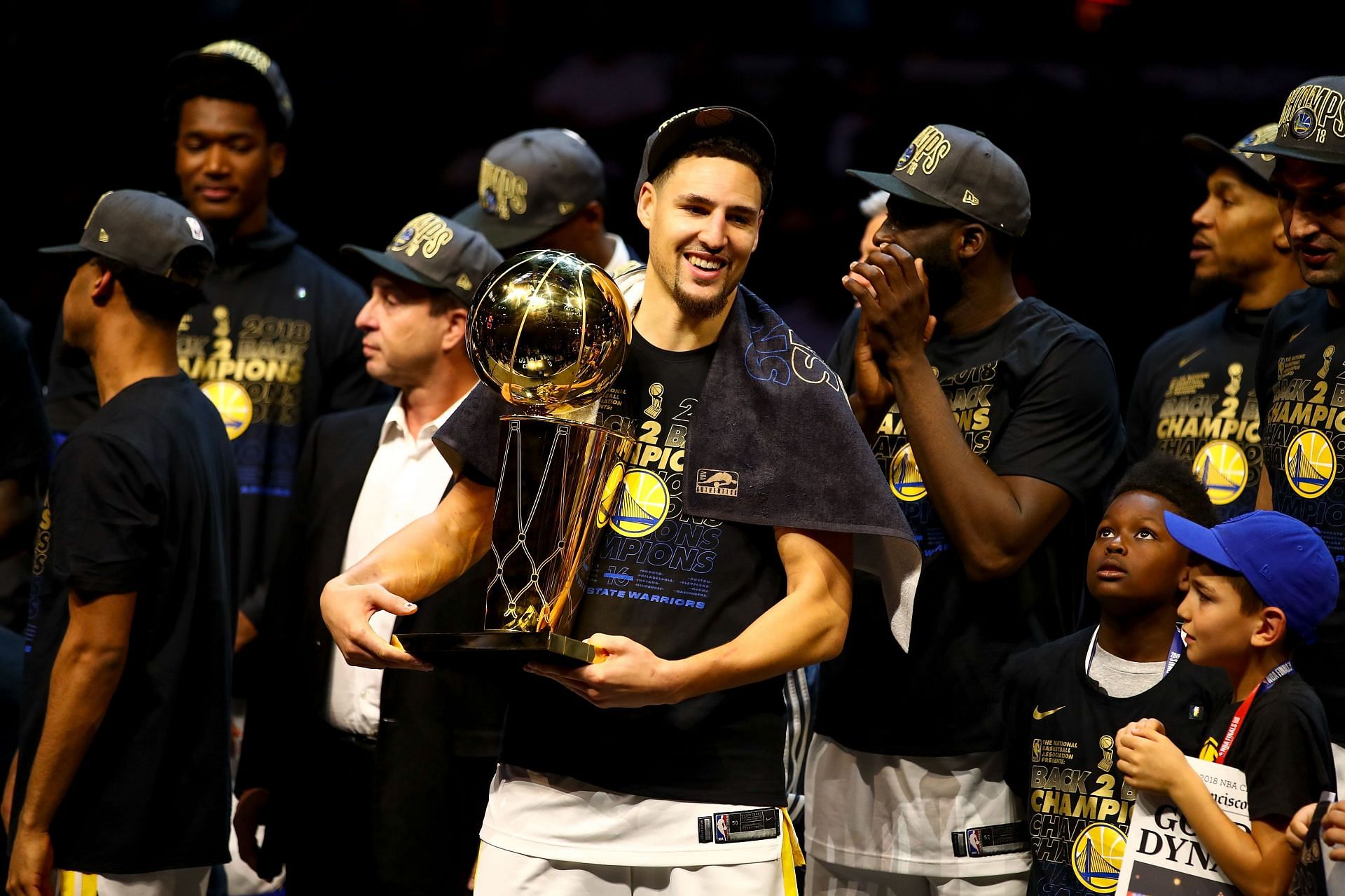 Golden State Warriors star Klay Thompson was quite upset after not making the NBA 75 list a few months back. Nevertheless, the snub has only inspired him to win his fourth championship now.

Thompson has been out for two full seasons due to multiple long-term injuries. The Warriors haven’t made it to the playoffs on either of those occasions. They seem like legitimate contenders this season, though, and have achieved that status without Thompson’s services.

Klay Thompson has been in the news a lot lately as he nears his return to the court for the first time since the 2019 NBA Finals. In a teaser for his latest interview with former NBA player Dennis ‘3D’ Scott, Thompson revealed that winning a championship is more important to him than ever after getting snubbed from the NBA 75 list. Here’s what he said (via NBA TV):

“I’m a very competitive person. Specially for the generation of my players, it’s just hard for me to admit. When I’ve been there, and done it and I’ve won at the highest level on multiple occasions, it did bother me at the time that I didn’t make the list because I thought I had done things on numerous occasions that no other player has ever done before. But I just got to do some more of it I guess, and wait 25 more years to get my name called. Numbers, all that’s cool, but banners hang forever, and now I feel better. Snubbed from that list and win a championship, that inspires me everyday.”

Klay Thompson will soon be back in the Golden State Warriors lineup. They already have the best record in the league without him, so one can only imagine how strong they would be once he returns.

Klay Thompson has been looking exceptional in his workouts on his way back to recovery. The timeline provided for his return to the court before the start of the 2021-22 NBA season was around Christmas Day or January, and he seems to be on track in that regard. As per Adrian Wojnarowski of ESPN, the Golden State Warriors are hoping to see him good to go against the Cleveland Cavaliers.

He could possibly make his return in six days.

Klay Thompson held up six fingers as he left pregame warmups.He could possibly make his return in six days. (via @NBCSWarriors) https://t.co/XjYyqA5zQL

Klay Thompson also hinted that he could be just a few more days away from returning when he walked off the court following a pre-game warmup routine before the Golden State Warriors took on the Miami Heat on Sunday. Thompson held up six fingers on his way back to the tunnel, suggesting that he is six days away from making his season debut.