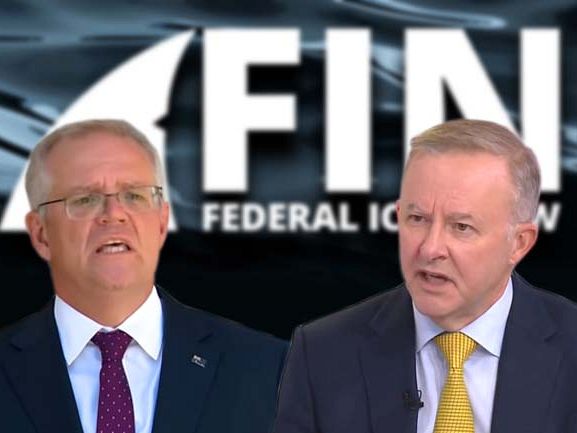 No matter which Party is elected to lead the nation this year, Federal ICAC Now will still be integral in stamping out political corruption, writes Ross Jones.

HAPPY ELECTION YEAR! ‘Tis the season to get even!

The political Party Federal ICAC Now, born in this publication in 2020 and now better known as F.I.N., is getting ready to go.

Having survived the Coalition’s pre-election changes to the Electoral Act with its Party status intact, expect to see F.I.N. above the line on the Senate ticket.

F.I.N. is not your usual political Party.

For one, it is a single-issue Party and that issue is anti-corruption.

The establishment of a federal anti-corruption commission is the foundation core of the Party but not its entirety because corruption touches every issue.

It is the start.

When elected, F.I.N. parliamentary representatives(s) will, regardless of which Party forms government, vote on any bill by the following method:

F.I.N. is strictly non-partisan and will not obstruct the legislative agenda of a duly elected government, unless that agenda:

This system provides the guidelines to allow F.I.N. to vote constructively on all issues.

From refugee policy to climate change, from aged care to health care, from jobs to the natural environment, federal political corruption perverts proper policy and makes all Australians worse off.

F.I.N. will work against corruption wherever it finds it.

F.I.N.’s respect for the Declaration of Human Rights will guide us where we don’t.

It doesn’t matter which side of politics you are on, or even if you don’t have a side, if you think political corruption is the number one issue then a vote for Anti-corruption: 1 and Your Party: 2 is now an option.

The 2022 election will have one of three outcomes: The Liberal-National Government will hold power; Labor will gain power; or there will be a hung parliament with the possibility of a bastard coalition being formed.

Despite the views of bookies and pollsters, a Labor victory is far from a done deal. The Coalition will have all the might of News Corp behind it and it has a proven track record when it comes to pulling rabbits out of hats.

The Coalition hanging on to power would nix the idea of a meaningful Federal ICAC, at least for the term of the next Parliament.

A F.I.N. presence in the Senate will go a long way to slow the inevitable tide of corruption under a fourth-term Coalition Government.

A Labor victory would no doubt bring most of the current scams to a stop but how long before others could begin is anybody’s guess.

An Albanese Labor Government might be squeaky-clean, but any government goes rotten after a while and the Labor Party is a complex web.

Labor is talking a very strong game when it comes to establishing a Federal ICAC.

Labor’s policy seems good on first reading but it has two major omissions.

Firstly, it makes no mention of guaranteed funding.

For an ICAC to work, its funding must be separate from government and guaranteed, otherwise any government can just starve it into impotence whenever it chooses.

Secondly, it is crucial any ICAC is overseen by a bipartisan parliamentary committee. The alternative is an ICAC vulnerable to the Government’s will.

Labor’s policy makes no mention of how such a parliamentary committee would be formed or constituted.

The possibility exists that a Labor ICAC would more oriented to weaponry than justice.

Labor’s proposal would not prevent commissioners on the anti-corruption body choosing to take action on conduct that occurred before it was set up.

F.I.N. supports an ICAC with retrospective capability, in part because a fresh ICAC set up under Labor would have nothing much else to do for at least six months apart from investigating past Coalition malfeasance, but mainly because we need to understand the real depth of political corruption to create effective defences against it.

A F.I.N. Senate presence in a Labor Government will work to ensuring any ICAC is properly funded and subject to appropriate oversight.

It will also work to prevent a Labor ICAC becoming just another political weapon.

As for the third option, if enough Independents get up, or the United Australia Party scores a very unlikely seat, or Labor or the Coalition are forced to do a deal with who knows who and it’s a bastard coalition in power, F.I.N. will roll with the punches and stick to its knitting — working against corruption.

Investigations editor Ross Jones is a licensed private enquiry agent and the author of ‘Ashbygate: The Plot to Destroy Australia’s Speaker‘. You can follow Ross on Twitter @RPZJones.