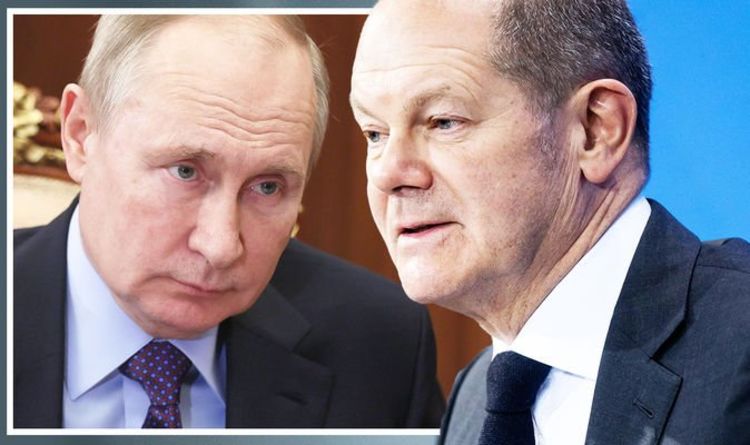 German Chancellor Olaf Scholz snubbed the Greens on dealing with Russia, as the two major parties of the coalition have differing views on Kremlin. Mr Scholz wants to make Russia Chefsache (an executive matter), meaning that his foreign minister Annalena Baerbock will likely play a smaller role on the issue, according to the German daily BILD.

He is reportedly looking for a “fresh start” for Germany’s policy on Russia and may even be planning a meeting with Russian President Vladimir Putin soon.

Meanwhile, the Chancellor has been facing increasing pressure from the Green party to take a harder stance on the Kremlin.

Nord Stream 2, which is set to become one of the longest offshore gas pipelines in the world, has had its certification delayed by Germany’s energy regulator.

Mr Putin has been accused of deliberately decreasing gas volumes travelling into Europe in the hope to speed up the certification of Nord Stream 2.

His gas squeeze has sent Europe’s gas prices skyrocketing to record highs for the past year, with energy prices rising more than 30 percent on Tuesday.

Germany and EU are currently facing a dilemma on how to deal with the Russian threat towards Ukraine, as Russia is the continent’s biggest energy provider.