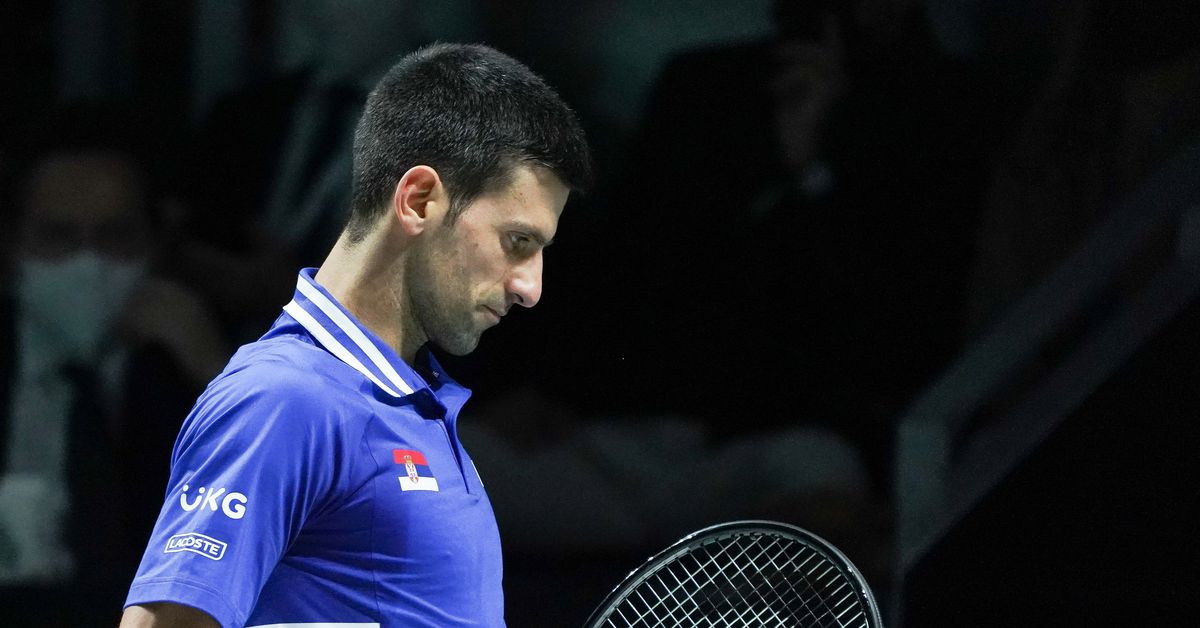 The battle between Novak Djokovic and the Australian Open has been going for months with the world No. 1 refusing to get vaccinated, a condition required to enter Australia. Djokovic’s father compared the nation’s requirements to “blackmail,” and it appeared Djokovic would not play in the first Grand Slam of the year because of his vaccination status.

Earlier this week it appeared Djokovic “won” by receiving an unearned, nonsensical, and ludicrous medical exception which would allow him to enter Australia despite not being vaccinated.

The move was met with immediate scrutiny by the public. The blatant corruption of Djokovic getting an exception because he’s a famous tennis player while Australians continue to limit their exposure and be subject to contact tracing left many furious. There was no apparent reason other than money to break the rules. Tennis Australia was desperate to get the world No. 1 playing in the Open with Roger Federer and Rafael Nadal already missing the tournament, so they found every possible way to make it happen.

Now it’s blown up in everyone’s face. Outcry was so pronounced that Australia Prime Minister Scott Morrison stepped in, saying Djokovic would not be treated any differently than any foreign national attempting to enter the country under an exemption. Morrison said that Djokovic would need to show documentation for his exemption, or he would be sent back “on the next plane” to Serbia.

So at this point it seems fairly simple, right? The Australian Open backed down on requiring Djokovic to get vaccinated because they were desperate, but got their hand slapped by the government who stepped in after people became furious. But goodness, I promise you this isn’t the end of the story.

On early Thursday morning, local time, Djokovic was in-route to Australia. Tennis Australia was desperately trying to petition the federal government to sponsor Djokovic’s exemption, seemingly understanding the world No. 1 would need help, because his documents wouldn’t stand on their own. In turn, the federal government went to the Victorian state government, where the Australian Open is being held, asking for their sponsorship of Djokovic’s entry, as many Covid restrictions are left to the states. Ultimately the Victorian government said no, and Djokovic landed in the city of Melbourne, where he was denied entry while border officials reviewed his documents.

“The Federal Government has asked if we will support Novak Djokovic’s visa application to enter Australia.
We will not be providing Novak Djokovic with individual visa application support to participate in the 2022 Australian Open Grand Slam.
We’ve always been clear on two points: Visa approvals are a matter for the Federal Government, and medical exemptions are a matter for doctors.”

This story is still unfolding, but as it’s current being reported not only did Djokovic not have sufficient documentation to earn a medical exemption in Australia, but didn’t possess a Visa that allowed him to seek a medical exemption as an unvaccinated individual. It seems the entire ordeal of bringing the world No. 1 to play in the Australian Open was predicated on the belief he would get preferential treatment, but public outcry made that impossible to execute without being noticed.

Now everyone is in “wait and see” mode. The Australian public don’t want to see Djokovic getting preferential treatment, Tennis Australia is desperate to see him play, and this has all become the biggest sporting mess in tennis.

We’ll have more updates on this story as they become available.