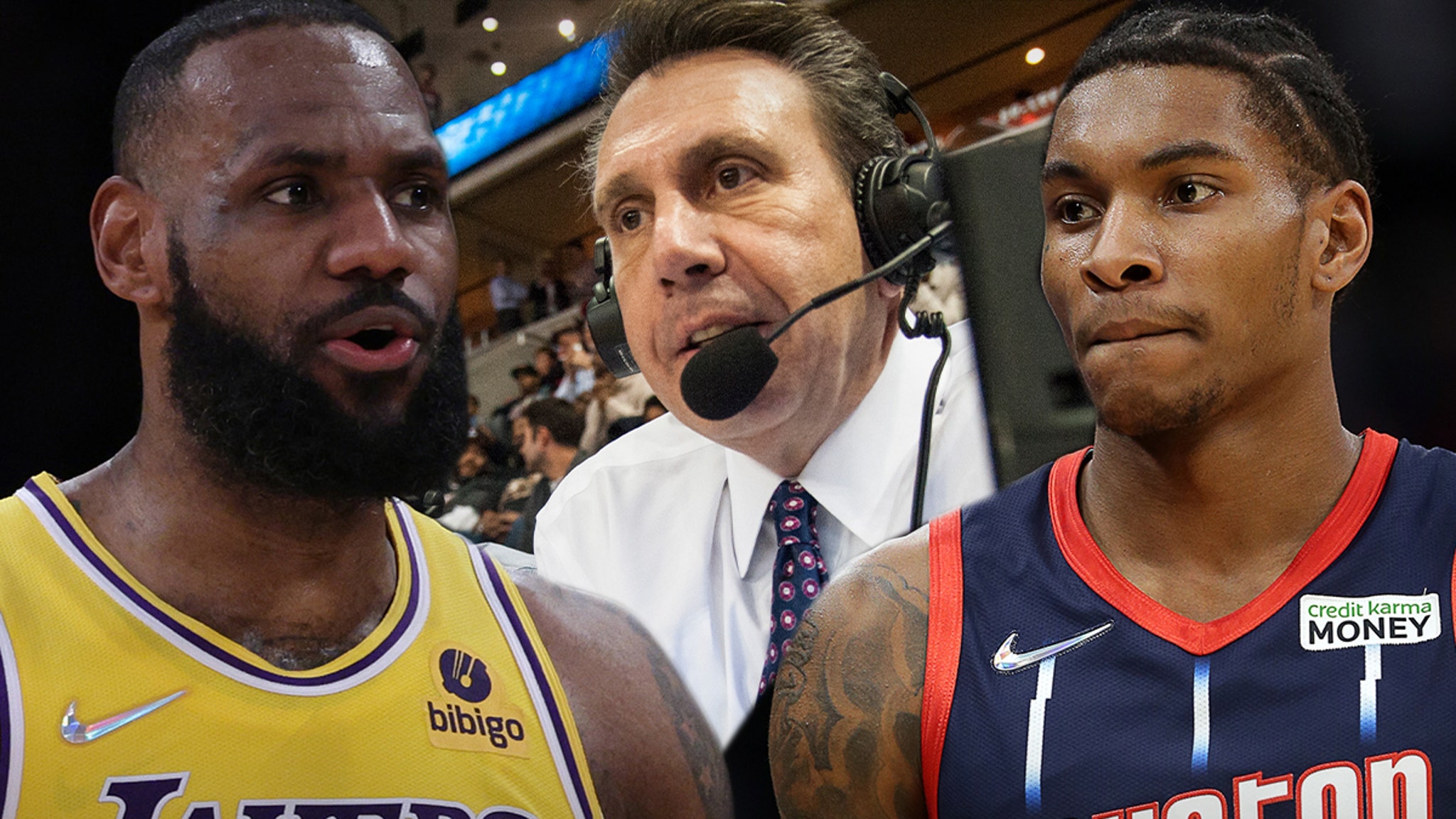 1:36 PM PT — LeBron James is NOT backtracking after blasting announcer Glenn Consor despite the fact the Wizards broadcaster issued an apology, and explained why he made the controversial comment.

James told reporters … “I stand by my tweet and I stand by everything I said,” going on to say that media members should be expected to do their “due diligence” before calling a game.

Bron says his reaction wasn’t spur of the moment. He claims he heard the call live … but waited until the morning to comment.

So, safe to say there isn’t an apology coming Consor’s way.

7:54 AM PT — Consor is breaking his silence over the controversy … saying he mistakenly thought KPJ was the son of former Washington hooper Kevin Porter.

Consor says he personally reached out to apologize to KPJ for the confusion … and he was “unaware that the words I chose to describe the game-winning shot would be in any way hurtful or insensitive.”

Wizards analyst Glenn Consor is under fire for jaw-dropping comments made about Rockets guard Kevin Porter Jr. during Wednesday’s game … with LeBron James seemingly calling for his job.

The moment took place after KPJ hit a game-winning three-pointer to beat the Wizards, 114-111 … with Consor saying, “Kevin Porter Jr. — like his dad — pulled that trigger right at the right time.”

“Kevin Porter Jr., like his dad, pulled that trigger right at the right time”

I can’t believe this was actually said on the Wizards broadcast.. Completely inexcusable. pic.twitter.com/bZcWEVqPOP

The issue??? Porter’s dad, Kevin Porter Sr., was charged with first-degree murder in the shooting death of a 14-year-old girl in 1993.

Porter Sr. claimed at the time he accidentally pulled the trigger — which a witness later backed up — but he spent more than 4 years behind bars as a result of the incident.

Considering the Porter family’s history, social media erupted in frustration over Consor’s statement during the game … including LeBron, who went off on the analyst early Thursday morning.

“Oh he thought this was cool huh!!??,” James said on Twitter. “Nah we ain’t going for this! Sorry but this ain’t going to fly!”

He added … “How insensitive can you be to say something like this. Beat it man! I pray for you but there’s no place in our beautiful game for you!”

Others who spoke on the comments are hoping Consor mistakenly thought KPJ’s father was former NBA player Kevin Porter, who led the league in assists 4 times during his 11-year career.

Porter Jr., Consor, the Wizards and the NBA have yet to comment on the situation … but we’ll keep you updated as soon as someone talks.