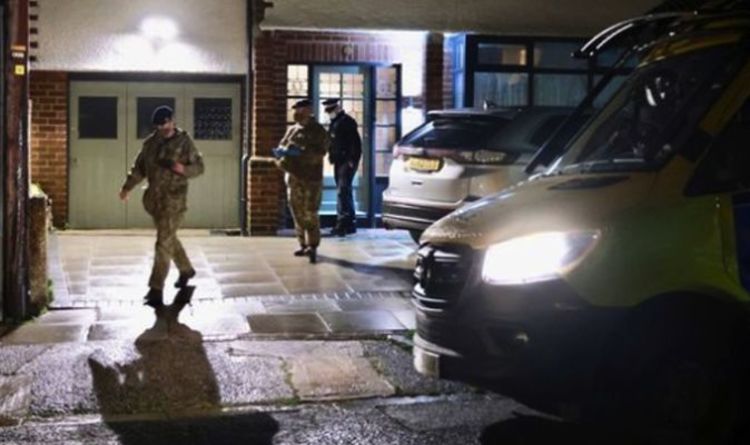 Anthony Smith, 51, was taking measurements in the loft of his home in Agincourt Street, West Derby, this afternoon when he found a package.

He carried it downstairs and put it on the kitchen worktop and showed it to his wife Claire.

Mrs Smith told the Liverpool Echo she “backed away quite quickly”.

She said: “They’re two Second World War incendiary devices; we know what they are because the guy who we bought the house left a note with them.

“They dropped on Liverpool during the Blitz in 1941.

“He found them on the grounds of Hatton Garden police station, as he was a police sergeant.

“He took them home and put them in the loft and they have been there for 80 years.”

Police were called shortly before 4pm and evacuated the Smiths’ house and the adjoining property.

A bomb squad is also attending the scene.

Merseyside Police said in a statement: “We can confirm officers are in attendance on Agincourt Road today following the discovery of a suspected unexploded device.

“Officers were called at around 4pm after the device was found at a property on the road.

“The Explosive Ordnance Disposal Team are currently at the scene and a cordon remains in place in on Agincourt Road while safety checks are completed.

“We would like to thank the community for their patience while we deal with the incident.”