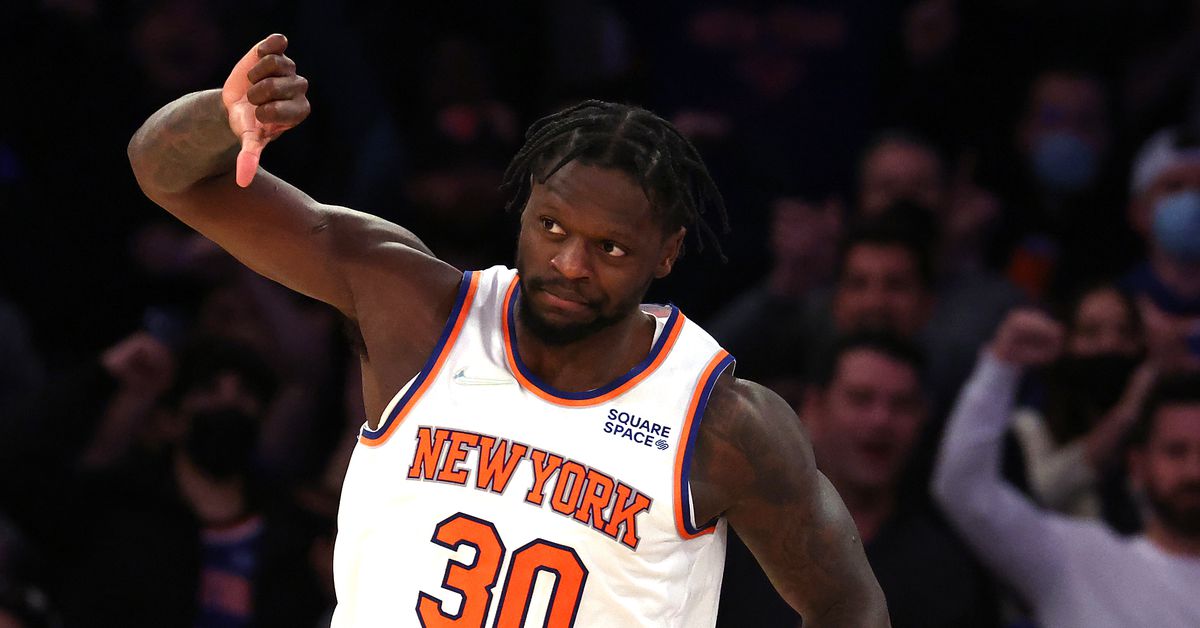 Julius Randle’s unexpected star turn was one of the best storylines in the NBA last season. After spending his first six years in the league on three different teams with various degrees of success, Randle blossomed into the centerpiece of resurgence New York Knicks team. The Knicks — expected to be among the worst teams in the league at the start of last season — ended up earning home court advantage in the first round of the playoffs. Randle was one of 15 players in the league named All-NBA.

Then the playoffs happened. The Atlanta Hawks whooped the Knicks in five games, with Randle suddenly having major issues as the Knicks’ primary offensive hub. The now 27-year-old forward still agreed to a four-year, $117 million contract extension, and the hope was he and his team could each grow in their second year under head coach Tom Thibodeau.

It hasn’t happened. The Knicks have struggled to stay at .500 for the most of the year. Their elite defense has fallen off. New additions Kemba Walker and Evan Fournier haven’t been able to juice the offense. Randle has also failed to rediscover last year’s success, with his numbers dropping across the board from last season.

Knicks fans were booing Randle at Madison Square Garden on Thursday against the Boston Celtics after another slow start. At one point in the fourth quarter, Randle scored a bucket and gave a ‘thumbs down’ gesture to the fans.

The Knicks actually went on to win this game in stunning fashion on a dramatic buzzer-beater from R.J. Barrett.

This is one of the best buzzer-beaters of the NBA season.

Back to Randle: the forward was still heated about hearing boos from the home crowd after the game despite the win. When asked what his thumbs down sign was supposed to mean, Randle gave a beautiful, honest answer.

I asked Julius Randle what he meant with his thumbs down to the Garden crowd.

His answer: “Shut the fuck up.”

Randle had a productive game, finishing with 22 points and eight rebounds on 8-of-20 shooting. He also joined the long line of New York athletes to adopt the thumbs down.

Remember when Mets players gave their home fans the thumbs down sign last year? It led to an instant classic Javy Baez quote where he said the thumbs down was his way of booing the fans.

Javy Baez on the thumbs down sign Mets players have been flashing to the crowd after their hits:

A few years ago, Yankees players adopted the thumbs down sign after a fan went viral doing it in the crowd. The thumbs down gesture was not an eff-you to Yankees fans, it was a funny celebration of an instant meme.

I can’t find any proof of New York football or hockey players giving the the thumbs down, but it’s bound to happen soon.

The Knicks are fighting just to get in to the play-in tournament this year, and they’ll need Randle to get back to last year’s levels of production to make it happen. If it doesn’t, you can bet he’s only going to hear more boos after he let the fans know what he thinks of their criticism.