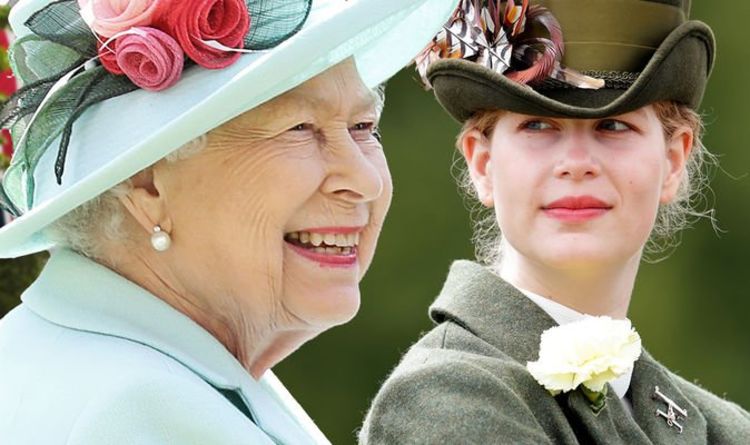 2020 marked the first time in 32 years that the monarch was not with her family on the Sandringham estate, as instead, she celebrated Christmas with her husband and loyal aides at Windsor due to the pandemic. For 2021, the Queen, 95, once again decided to celebrate the festive season at Windsor, rather than travelling to Sandringham amid the spread of the Omicron covid variant.

The Queen’s decision to cancel celebrating at Sandringham was a “personal one” based on a “precautionary approach”, according to a palace source.

It marked her first Christmas since the loss of her husband of 73 years, the Duke of Edinburgh.

Prince Philip died in April, aged 99, and last year the couple enjoyed scaled-back festivities together at Windsor, as the country was plunged into lockdown.

Over the festive period, Her Majesty was visited by members of the Firm.

Ahead of the festivities, Clarence House confirmed that the Prince of Wales and the Duchess of Cornwall would be spending the day with Her Majesty.

While The Sun reported the monarch was joined by 20 family members in all, including the Duke of York and his daughters Princess Beatrice and Princess Eugenie, the Earl and Countess of Wessex, and five of her great-grandchildren.

Prince Edward, 57, and Sophie, Countess of Wessex, 56, live in close proximity to the Queen.

The couple resides at Bagshot Park in Surrey with their two children Lady Louise, 18, and James, Viscount Severn, 14, which is located just 11 miles away.

As the Wessexes live fairly close, whenever the Queen is in residence at Windsor Castle, Sophie and her family are regular guests.

She is known to enjoy carriage driving around Great Windsor Park – close to Windsor Castle.

It is believed that the late Prince taught Louise to drive a team of horses as the family shared a love of the animals.

The Queen’s granddaughter shared special memories of the Duke of Edinburgh during a BBC documentary titled Prince Philip: The Royal Family Remembers.

She spoke of the influence her grandfather had on her carriage driving and said: “The Duke of Edinburgh has been so involved in my driving which has been so lovely, although slightly scary because he invented the sport pretty much.

“It’s incredible to have learned first hand from him.”

The Queen may have been able to see Louise if she went out driving carriages at Christmas, as the outdoor activity poses a lower Covid risk than socialising indoors.

In July, Louise drove a four-wheeled carriage, which was believed to be the one owned by Philip which was included in his funeral procession, at the Royal Windsor Horse Show.

Reports said she had inherited the carriage after the duke’s death, although this has not been confirmed by Buckingham Palace.

The late duke was synonymous with carriage driving and had been designing the vehicles since the 1970s.