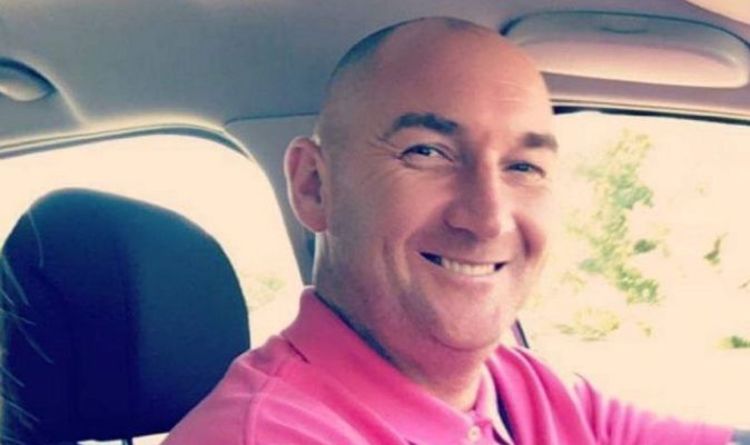 Stephen Doyle, 45, sent a message to his ex-partner Nichola while he was in hospital at Christmas – saying he would be “getting the jabs” as soon as he can. However, the dad-of-nine from Cheshire died in Warrington Hospital from Covid complications on January 3.

In the heartbreaking messages, Mr Doyle spoke of how upset he was that he was not allowed any visitors over Christmas.

But his ex-partner reassured him the family would “have another Christmas Day”.

Over Whatsapp, Nichola said to him: “We will most definitely have another Xmas day when you are out, the food, presents, the lot but as long as your (sic) okay and on the mend and we will still have you here then (sic) missing Xmas is not a big deal right now.

“I’ll video them opening their mains and send you loads of pics too.”

In response, Mr Doyle said: “Okay thank you, if you get a Christmas picture get one of them tight together so it will (fit) on my screen saver, give them the best day please they still deserve it.

“I am getting the jabs as soon as I can.”

Following his death, his cousin Michelle Pierce spoke out on behalf of the family and revealed he was against the vaccination before he went into hospital.

She told Cheshire Live: “When Stephen was in hospital he texted his former partner Nichola and said, ‘I’m getting the jabs as soon as I can’.

His family said they do not know whether he discharged himself but he was self-isolating.

His former partner went to see him on December 22 and called 999 when she found him “very unwell”.

Mr Doyle was readmitted to hospital with breathing difficulties and very low oxygen levels in his blood.

Within 24 hours, he was moved to the hospital’s intensive therapy unit (ITU) and the decision to put him on ventilation was taken on Christmas Day.

His cousin added: “Coming up to New Year the medical staff were quite positive and they were trying to get him off ventilation but his body was fighting it and they had to stop.

“He still needed mechanical ventilation to keep him breathing.

“We got the call on January 2 to say his condition had deteriorated.”

Doctors said he had developed bilateral pneumothorax, meaning both lungs had collapsed and four drains had to be inserted into his chest to help him breathe.

Following his death, Ms Pierce said: “People need to know this is happening to healthy people.

“If we can save one person by making them get their vaccinations, it’s worth telling our story.

“He was just a funny guy. He liked to make people laugh and was always up for a laugh.

“He loved spending time with his kids and making them all happy.”