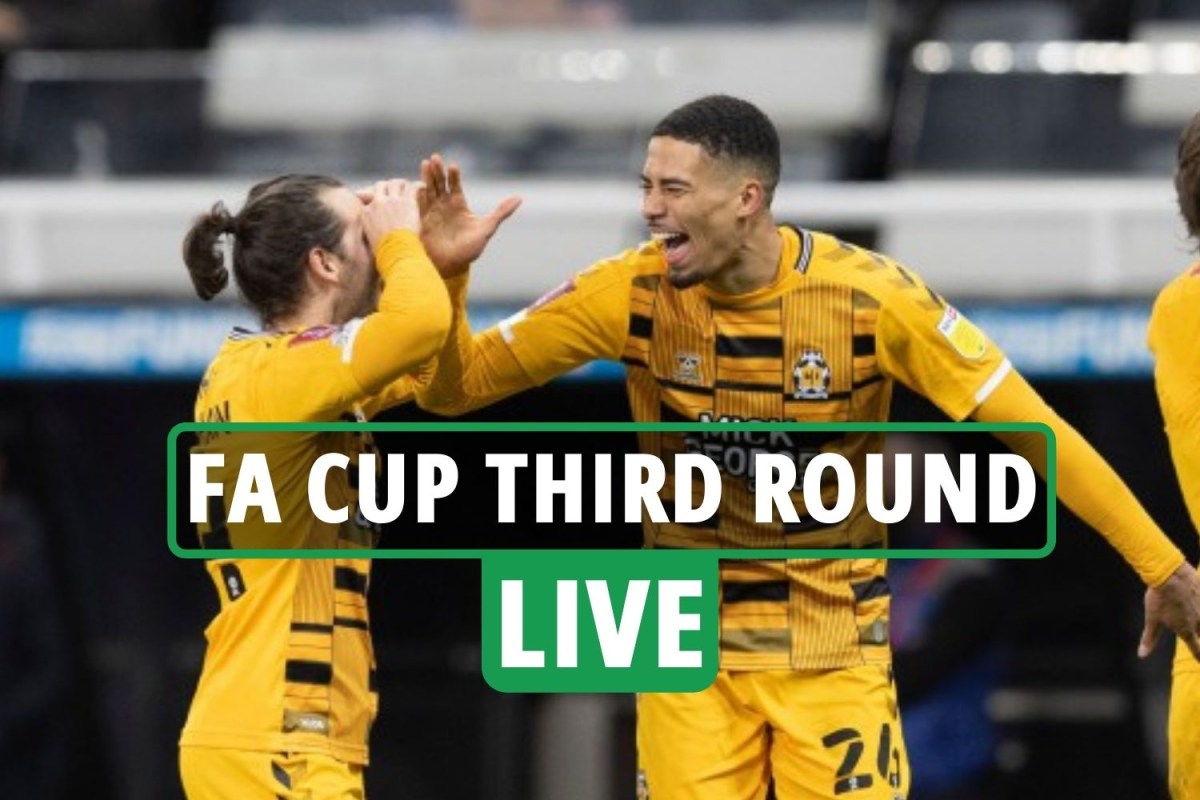 THE FA Cup third round is here!

The first two rounds of the competition have been and gone, and now the big boys have joined the party.

Newcastle paraded Kieran Trippier before their clash against Cambridge, but the U’s knocked them OUT of the FA Cup.

Man Utd, Arsenal, Chelsea, Liverpool, Tottenham and Man City all enter at this stage, as do the rest of the Premier League clubs.

City got their campaign underway on Friday night with a 4-1 win over Swindon Town.

Leicester face Watford in an all Premier League tie as Newcastle host Cambridge.

And today there are 21 more FA Cup fixtures on tap for fans to enjoy.

Barrow could cause an upset away to Barnsley with the 10-man visitors going into extra time.

Follow ALL the action with our live blog below…